Andreas Koch caught the travel bug when he was 14. Growing up in Bremen in northern Germany, he had the opportunity to spend two school terms living in Australia while in high school.

“It was amazing, but I was out of my comfort zone,” 25-year-old Andreas says over Zoom from Bremen, where he lives currently. “I mean, coming from northern Germany and going to Australia, you find this amazing weather. I would go to the beach every day after school, which is everyone’s dream. I was at school there, so I had the high school experience of Australia, which was very different from school in Germany. It was much more informal and much more multi-cultural as there were a lot of different exchange students. It was a fun experience living with a host family, too. It was really cool. It shaped the way that I looked at the world afterwards. In Australia, you're literally on the other side of the globe, and it makes you realise just how much there is out there to see in the world. It makes you want to explore more.” 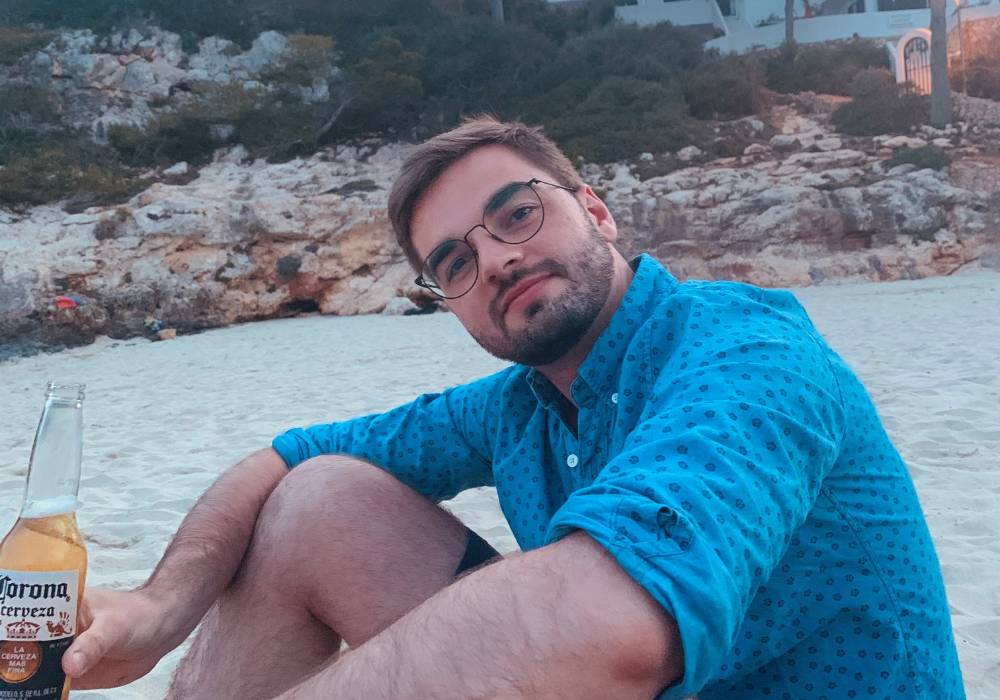 This trip was just the beginning of Andreas’s travel journey. After returning to Germany to finish school, he studied in the Netherlands, Hong Kong and Switzerland before landing the global management traineeship at AB InBev, which he recently completed in June 2021. In the last few weeks, he has just taken on his first position in financial planning and analysis. “My role is to do with the closing of the month, the forecasting and the budgeting,” he says. “But it also has a cool scope, which goes well with my drive to travel. I'm working on all our expansion countries in our business unit in Europe.”

Currently working back in his home city of Bremen, Andreas’s team is based in Milan, Italy, “which means I get to go once a month to Italy, which is very nice”, he adds. But his work covers around 20 countries, such as Switzerland, Austria, Poland, Portugal and the Nordics.

“It's massive in scope when it comes to geography, which is good for me. I love the internationality of it, and it means I get to travel a bit, which is nice.” 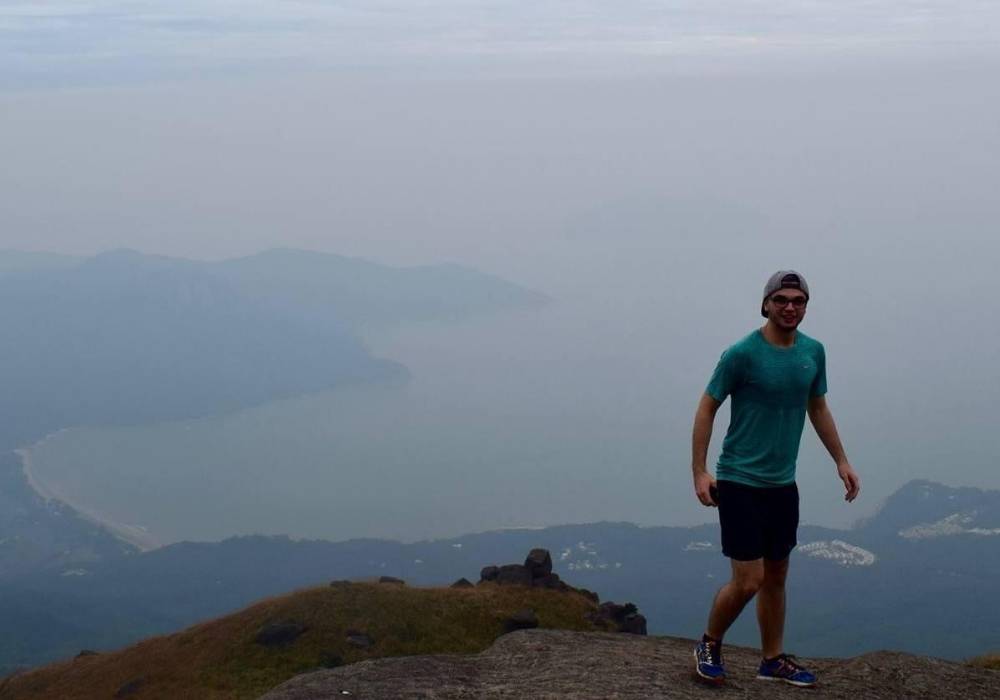 Andreas’s favourite place he’s visited, though, was Peru, where he went for six months after he finished school. “I went to Peru to work as a volunteer,” he says. “I was working in a public school teaching English, and I was also working with an after-school project for children from less fortunate backgrounds. And even though, at times, the realities I was confronted with were really tough, it was still probably the best time I’ve ever spent abroad. And while volunteering, I still had enough free time to explore, meet new people and have some unique experiences.”

Andreas remembers a favourite moment of his time in Peru where a meeting with a shaman in a bar ended up with him guiding him and his friends on a hike through the Andes before having them partake in a ceremony for Pachamama, a revered goddess of the indigenous people of the Andes who represents Mother Earth. 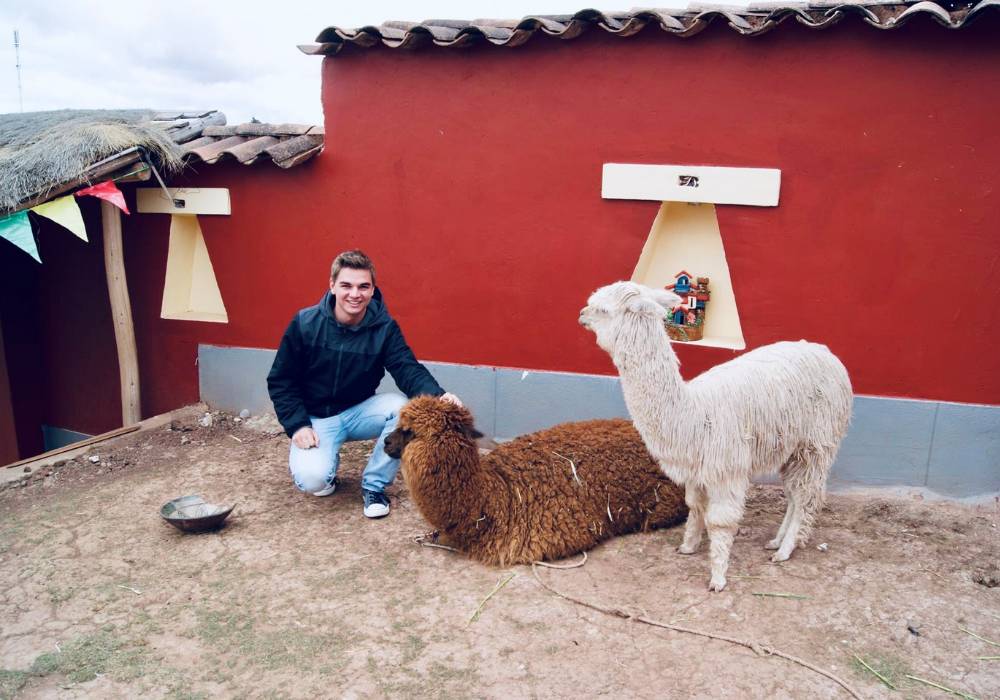 “Doing the ceremony on the top of the mountain was so beautiful and absolutely incredible,” Andreas recalls. “In the middle of the ceremony, it started hailing, and the shaman said, 'Oh, this happens all the time. It's supposed to happen. This is just Mother Earth appreciating our offers.' We brought two of each offering because half we burned and a half we buried. For us, it was a crazy experience. We were in the middle of the Andes, surrounded by absolutely no one and doing a ceremony for Pachamama. It all came about because we met a random guy in a bar! It was such a coincidence. It was one of my favourite travel experiences that I've ever had. It was a case of saying yes to something, even though you're not entirely sure what it's all about and it's a little bit out of your comfort zone. That's where you make all these memories and have all these amazing experiences.”

For Andreas, being a part of the LGBTQ+ community hasn’t prevented him from travelling anywhere, although he says that a country’s attitude to LGBTQ+ people is something he considers before visiting.

“It’s something that I’m always aware of before I travel to a new place,” he says. “In a way, you don't want to face any negative consequences, whether that's discrimination or even legal ramifications in some countries, so you behave differently. But when it comes to living in a different country, I think things would be different. I wouldn't want to live in a country where LGBTQ+ individuals are not accepted. But when travelling, I'm a little more flexible because you're usually only there for a week or two weeks. It's something I consider but not something that I'm worried about necessarily.” 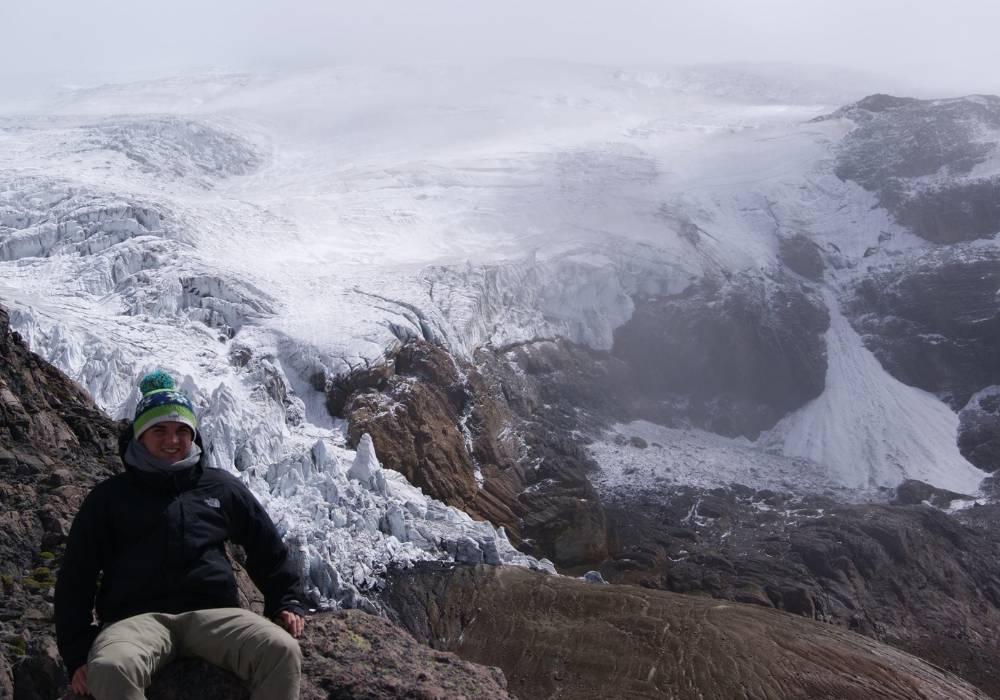 Nevertheless, he says that companies have to take their employee’s safety into consideration when asking them to travel for work. “If an employee doesn't feel safe travelling to a certain country, then the employer should respect that,” Andreas says. “And I believe it is everyone’s responsibility to create an open environment where such concerns can be raised, especially connected to one’s sexuality or gender identity.”

Covid has put a pin in any of Andreas’s travel plans for the moment, although he’s eager to get out into the world once again to visit new places and experience new things. Top of his bucket list is India. “But I want to have enough time to do it properly,” he says, “so I think I'll have to hold on to that wish for a little while longer.”

Ultimately, Andreas sees travelling, whether it’s for work or pleasure, to broaden your horizons. “It's a way to explore different cultures, meet new people and make new experiences that can shape the way you look at the world. It’s done that for me,” he says. “I never thought I would live in so many different countries when I was younger, but I have.”

But more importantly, it can also offer an opportunity to shift people’s perceptions. “I think by visiting different countries, we have an opportunity to make an impact, no matter how small,” he adds. “I think talking to people and them meeting you can have a small impact. By knowing someone who is LGBTQ+ can make a difference.”