This week marks Trans Awareness Week, an important time to uplift trans voices and push for inclusion in the workplace. We spoke to Austyn Bambrook, a Manager at Capgemini about what this means to her, coming out at work and why inclusion must be active.

Hi Austyn – thanks for chatting with us! Can you tell us a bit more about yourself?

Hi, I’m Austyn, and I specialise in User Experience Design and Agile Leadership at a Global IT Consultancy.

I’ve worked in customer-centric design for 20+ years with experience across multiple sectors including Banking, Insurance, Telecoms, Retail, Aviation, Government and the third sector. I’ve established design departments, launched magazines, overseen the digital transformation of an international publisher, founded social enterprises, directed corporate films, and taught design skills at university and community levels. What I’m saying is that being transgender is the least interesting thing about me. However, this article is about being trans, so that’s what I’ll focus on.

Since childhood, I suffered from depression and low self-esteem and sought treatment on numerous occasions. I always knew the cause and for most of the last decade, I’ve been a patient at the NHS Gender Identity Clinic (GIC) in London - world leaders in the treatment of transgender people.

I’ve learned that being transgender is not a choice. The only choice is whether to acknowledge it or hide it. Through fear, I chose to hide it for most of my life. As I’ve grown older, society too has grown up, and the law has changed to recognise people like me exist and to help us live without fear. Just before Covid hit, I choose to stop hiding and explore what it means for me to be an openly transgender person. 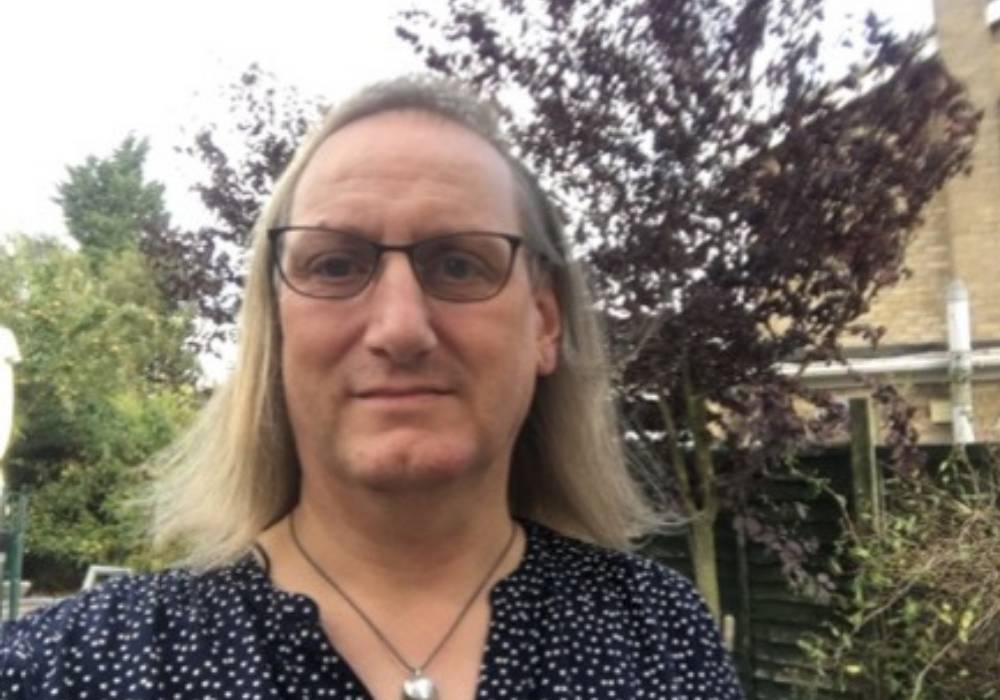 My transition is ongoing but has been uneventful. I’m married with a teenage daughter. My wife has known since before we were married, and my daughter has known for a while.

I wrote a short letter explaining about the depression and low self-esteem, that I’d been attending the GIC, and that I was going to start living as a transgender person. I sent the letter to friends in their Christmas cards and got immediate messages of support. Such a wonderful relief after years of living in fear.

The next step was coming out at work. HR and senior management, without talking to me, came up with a plan that involved getting all my colleagues in a room and doing a big reveal. For me, that seemed very intrusive, and too much focused on me. I suggested instead that we plan Active Inclusion training for colleagues, then in the following days, my supervisor would send an email framing a letter from me and containing links to support sites and company policy. We agreed the plan with the client and were all ready to go as Covid struck and scuppered us.

In my next assignment, all remote, we just did the letter and I got nothing but support from my new colleagues. It was difficult for them to get my pronouns right at first because of the incongruity of my voice, but they tried and usually got it right. It was harder for occasional or new colleagues, so I often let it go. I even get it wrong myself sometimes.

Is Trans Awareness Week important to you?

I’m not sure Trans Awareness week is important to me. I’m still on my personal journey and find that just being trans is bringing awareness to the people I meet all year round. The important thing is fostering a culture of active inclusion so everybody, whatever their characteristics, protected or not, should be free to be their authentic self.

What can we all do to push for awareness of trans human rights all year round?

We should not be creating a special case for trans people. That path results in division into smaller and smaller minorities. Active inclusion, as its name suggests, includes trans people, and is a proven way to develop our culture. All businesses should train their staff in active inclusion

The hardest thing I’m finding from transitioning, is self-acceptance. The prejudice I observed growing up lingers in me and makes me constantly fear mistreatment. As I progress with my transition, I’m finding no evidence to support my presumptions. I’m not free yet, but I’m getting there. On a lighter note, it’s very difficult to find age-appropriate clothes that fit a changing body and say I’m female without being so feminine they highlight my masculine features. It’s too easy to look like a man in a dress, which triggers as much gender dysphoria as being a man. I need to get to a point where people can see that I’m a woman.

Transitioning has been a good thing for me. My underlying depression is gone, my self-esteem is improving, and I’m discovering who I am. I still feel anxious at times, but on-the-whole I’m having it easy, with no negativity so far. People have been very supportive and for that I’m grateful.

Do you think the T is visible enough in the LGBTQ+ community?

I grew up in a time when trans people were perceived as either sexual deviants or objects of cruel humour. I could not reconcile either of these images with myself. Trans visibility is one of extremes. Before coming out, being trans is invisible. Nobody can see it, and nobody suspects it because you become a master at hiding. It is a massive step into the spotlight to finally disclose it, and then it’s on full display. It feels like the genie is out of the bottle, and you can’t hide it anymore.

Today things are getting better, with more ’normal’ trans people being seen in the media and in daily life, and I hope this will encourage those struggling with gender identity issues to be able to talk about their feelings more freely.

Although my instinct is still to hide, I try to be open about my transition so other people may become allies and that in turn, they may help someone avoid the torture of keeping it a secret.

Do you feel that your organisation supports its trans employees?

My employer supports all its employees by recognising that diversity and inclusion is not only the moral approach that fits with its company values, but that having different voices around a table is actually good for business.

Do you personally support your trans colleagues?

I do not personally work with any other trans colleagues. Transgender colleagues are rare and seeking them out based on them being transgender seems a little shallow to me. I’m sure there is more to them than that. I support them, and all my colleagues by practising active inclusion.

How would you describe the situation of trans employees in the UK? What do you think are the next steps for further inclusion?

I work as a consultant with many companies, mainly in financial services, and I have faced no difficulties yet. I can’t really speak about other countries. All my non-UK colleagues have been as supportive as my UK colleagues, at least over comms. There are counties where being trans carries a death sentence though, so I’m not expected to work in those countries.

Did you have any role models growing up?

I have never had a role model. My life seemed so different to those I could see. I just found my own path.

Would you come out during a job interview?

It’s still obvious I am trans. In my last interview, an inexperienced person in the staffing team misgendered me to a client, so there was a chance they knew before the interview. It was not mentioned during the interview, which is as it should be. I’m being interviewed for a job after all, and my sex or gender is irrelevant to my success in that role.

I would talk about it in an interview if raised, but would consider it inappropriate, and would never raise it myself.

By doing my job well, by practising active inclusion, and by evangelising about customer-centricity and Agile principles.