Arcus is Clifford Chance’s global network for their LGBTQIA+ colleagues and allies, with 100 members in the UK alone and 300 around the world, it’s a prime example of how global networks can be utilised to bring people together, push for workplace inclusion and play a vital role in the fight for LGBTQIA+ equality. Arcus began in 2006 with their New York chapter and a year later the London arm emerged with the launch of their Arcus PRIDE Art Show. Fast forward to today and they can now be found across five regions, the UK, Americas, Continental Europe, The Middle East and Asia – Pacific. Yet, they don’t let distance prevent them from coming together and learning from one another, with global linked up campaigns such as #VirtualPRIDE that took place earlier this year. This is a network that aims to encourage an inclusive and integrated culture within Clifford Chance, giving their colleagues the freedom to be open and out. 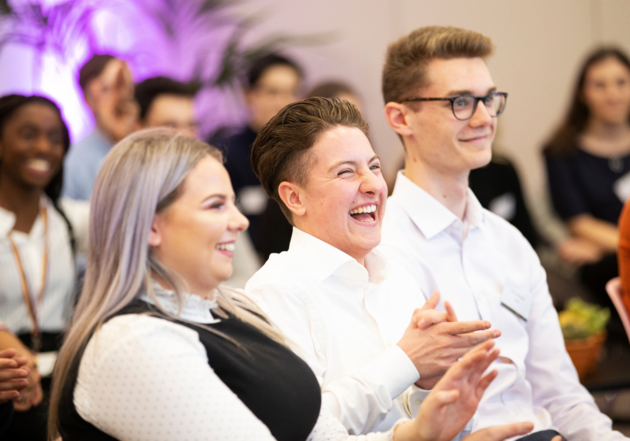 From the UK, to Australia, Arcus exists to ensure Clifford Chance’s LGBTQIA+ staff can bring their true selves to work every single day. The Australian region of the network was co-founded by Christie-Lee Malek in 2018 motivated by the need for an increase of celebration LGBTQIA+ identities, she explains “I approached our HR manager to be more involved with the global Arcus presence. Since then, [my co-lead] Nathan and I have been collaborating across our Australian offices to ensure that Clifford Chance is a safe and inclusive space for those who identify as LGBTQIA+.” From there on, they’ve had many successes including participating in the Australian Workplace Equality Index (AWEI), which acts as a definitive national benchmark on LGBTQIA+ workplace inclusion. In 2019, their first year of participation they gained Silver status, a fantastic achievement in itself, then in the year that followed worked tirelessly to push that to Gold status which was awarded in June this year. This was no easy feat as it is the highest category for LGBTQIA+ workplace inclusion and diversity awarded to only the top 5% of Australian employers. They also haven’t slowed down since, with another massive success in October when they hosted a panel of diverse women for International Lesbian Day in partnership with Pride in Diversity's Sapphire Network, a not-for-profit organization who assist Australian employers with the inclusion of LGBTQIA+ employees. Christie-Lee helped to organize this and moderated the panel, sharing that “This provided me with the chance to increase visibility of Lesbian women within Clifford Chance and partner with other LGBTQIA+ networks to promote the importance of the day. I have never felt so proud to be part of Arcus as it is these opportunities that assist with raising awareness for queer women in the workplace.”

Looking to the other side of the world, Arcus is also thriving across Europe. Fraser Morel, who set up the Amsterdam Arcus network nine years ago explains its importance “I think Arcus has a very positive impact on the culture and way of working at Clifford Chance… Every time we undertake an activity in offices where it is easier to be open and out, we are sending a message of solidarity and support to LGBT+ colleagues located around the world.” The far-reaching implications of their activities and the ability to unite LGBTQIA+ colleagues around the world became even more vital this year as the pandemic unfolded. It was in reaction to worldwide lockdowns that the Arcus and Allies Yammer Page was born, a platform connecting the global community at a time where it was needed the most. Fraser opened up about what this meant to him “This year I have felt disconnected from family, friends, colleagues and allies and yet somehow much closer to the global Arcus community than ever before, thanks to the Yammer page but also thanks to contact with many in the network including several allies.” 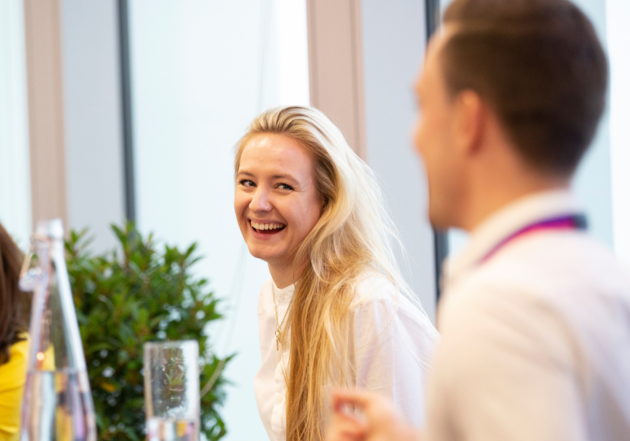 The London arm of the network also sprang into action with the emergence of the pandemic, aware that this isolation would be particularly difficult for LGBTQIA+ people. London members, Georgie Court and Deon Fang were committed to supporting and bringing their community together, hosting weekly Queer Film Clubs and a fantastic line-up of online events for Pride month, with members dialling in from around the world. The London team have also shown the important role of networks in the wider battle for LGBTQIA+ rights outside of the workplace when they mobilised the firm to respond to the government's proposed changes to the Gender Recognition Act. Deon explains “We were initially on a call to hold space for each other, but quickly shifted the discussion to activism and our potential to influence policy as members of Clifford Chance. I was particularly proud that we worked with Accelerate>>>, the gender parity group, to ensure that the firm's response was united. Ultimately, our support of trans rights is feminist, and it was inspiring that the different networks of the firm could come together in solidarity.”

With many parts of the world creeping back into lockdowns and the fight for LGBTQIA+ rights more vital than ever, Arcus will remain busy, uplifting and bringing their community together. With many parts of our daily life currently in turmoil, we need to be able to lean on each other and Arcus is one tool that Clifford Chance’s LGBTQIA+ colleagues have to do this. Arcus has shown themselves to be more than just a network, but a community that can effectively create a more inclusive organisation whilst also speaking up in support of LGBTQIA+ rights outside the workplace, and this is something our global community will always need. 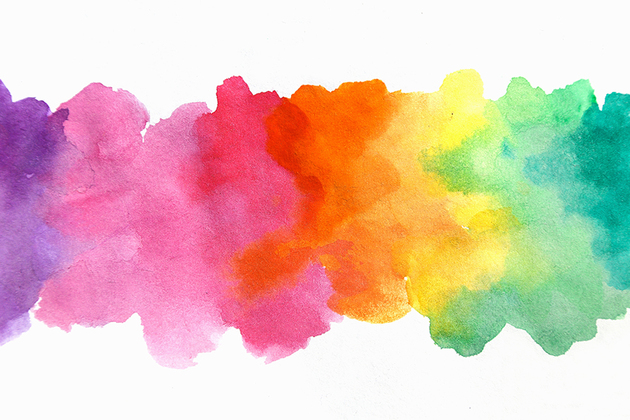