Tate is a 20-year-old trans man who works in the Litigation & Dispute Resolution team at Clifford Chance as a Junior Legal Support Secretary. 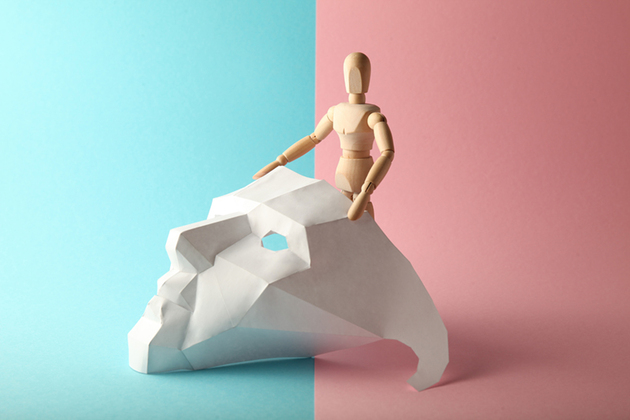 I came out as trans when I was 16 and then had to go back into the closet due to lack of home support. I made the decision to medically transition once I turned 19 and had moved out and got a role within an LGBT inclusive organisation. I had no support from family but I had my friends, work colleagues, a support group and volunteering within charities aimed at trans people to help with that.

Do you think the T is visible enough in the LGBT+ community?

The T is often ignored so much so that even the LGBT+ think that Transgender people should be separate from LGB individuals, even though it was transgender and gender non-conforming individuals who started the Stonewall riots.

What is your advice for people to be (more) trans inclusive?

Don't assume someone's gender or pronouns when you see or meet them. If you're too nervous to ask just go with a neutral 'they' unless they inform you or their preferred pronouns. Make it known you support trans individuals and educate yourself on important terminology so you don't slip up and offend someone.

What is your advice for organisations to be (more) trans inclusive?

All organisations should have a trans policy which is known and available to everyone. This should outline support and guidance for transitioning individuals and how bullying and harassment would be prevented. Having trans role models, showcasing and supporting events like Trans Day of Visibility, having senior members in the firm showing their commitment to trans equality and holding talks/workshops to educate others are all important to trans inclusivity. Organisations should also enable non-binary employees to be recognised on workplace systems.

Trans Awareness week gives greater visibility to gender fluid people and intersex people. Do you see this as progress towards better inclusion for all? Why? Why not?

Yes I do because Transgender is an umbrella term and gender fluid and intersex people come under this. Giving greater visibility to those individuals means we are being inclusive of everyone who falls under the umbrella.

What has been the best day of your life as a trans person?

9th April 2019, The day I started taking testosterone to turn me into the man I've always wanted to be.

Have you always been out in the workplace?

Only since I decided to medically transition which was last year. Before I was too unsure of myself and scared to tell anyone how I was really feeling.

Do you feel that your organisation support its trans employees? If yes, how?

Clifford Chance are very supportive of trans individuals, highlighted by their work in the Non Gendered Campaign for Christie Elan-Cane and my own personal experience. I've been shown nothing but support and kindness by my managers and feel very safe here. They also have a great LGBT+ network named Arcus and are participating as a partner in Trans Day of Remembrance.

Would you come out during a job interview? Why? Why not?

I have to since my female name is on my school certificates and I like to drop it in just so people have face-to-face contract with a trans person.

I can contribute a lot as I'm transitioning and have a lot of first hand experience with many issues affecting trans people. I can educate others and be a role model for others who may be thinking of transitioning.

What is your view on the debate around the trans man who gave birth to a child but is being denied being called the child’s father?

I find it extremely upsetting that Freddie won't be listed as the father on his child's birth certificate. I understand where the court are coming from with their legal definition of a mother being whomever gives birth, but in the eyes of a law he is a man. He has changed his name, gender marker, undergone hormone therapy for 7 years and identifies as male so it should not even be an option to give him the title of mother which is used for women. I hope his case will set a precedent and change the way trans men are viewed in the eyes of the law, especially when it comes to having their own children.