A California appellate court ruled that requiring elder care staff to use the correct pronouns for transgender and non-binary people is a violation of their free speech rights.

“Deliberately misgendering a transgender person isn’t just a matter of opinion, and it’s not simply ‘disrespectful, discourteous, or insulting.’ Rather, it’s straight up harassment,” he continued. “And, it erases an individual’s fundamental humanity, particularly one as vulnerable as a trans senior in a nursing home. This misguided decision cannot be allowed to stand.”

As ‘LGBTQ Nation’ writes, California passed the LGBTQ Long-Term Care Facility Residents’ Bill of Rights four years ago, intended to protect LGBT+ elders in long-term care facilities, an acute problem considering many don’t have family members to advocate for them. 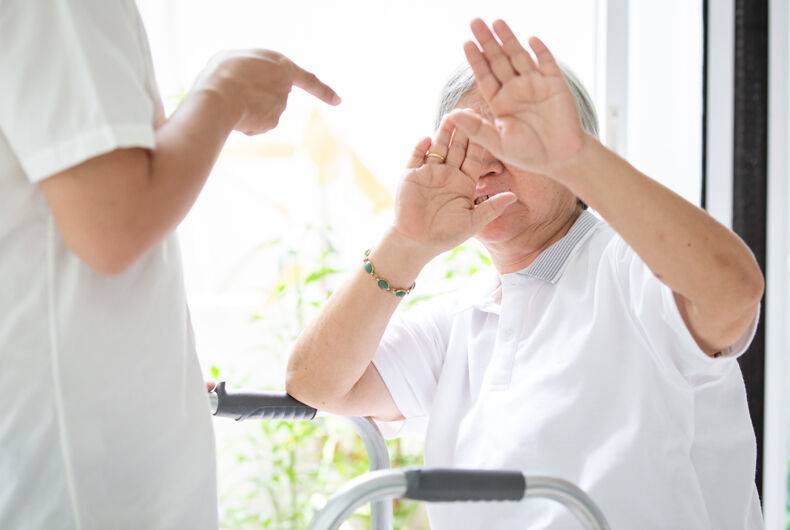 A year after the law was passed, lawyer David Llewellyn sued the state of California on behalf of unnamed plaintiffs that called themselves “Taking Offense.” He argued that the law violated long-term care facilities’ employees’ rights. His suit specifically mentioned the provision about how trans people should be referred to with the correct pronouns and a provision that requires facilities to house trans people by their gender identity.

The State of California Third District Court of Appeals ruled on Friday in favor of the provision about housing trans people based on their genders, but the court said that the pronoun provision was a “content-based restriction of speech that does not survive strict scrutiny.”

“The pronoun provision at issue here tests the limits of the government’s authority to restrict pure speech that, while potentially offensive or harassing to the listener, does not necessarily create a hostile environment,” wrote Associate Justice Elena Duarte for the court in the 3-0 decision.

Duarte wrote that misgendering trans people “may be disrespectful, discourteous, and insulting,” but it’s also a way “to express an ideological disagreement with another person’s expressed gender identity.”

Equality California Executive Director Rick Zbur said that misgendering trans people is more than “discourteous” and is “a hateful act that denies someone their dignity and truth.”

The state attorney general’s office said that it was reviewing the decision and has not yet decided if it will appeal.

Before the case made it to the appeals court, a district court judge dismissed the entire lawsuit.

Last week, a federal judge in Indiana ruled that a Christian teacher did not have a right under Title VII to a religious exemption to referring to trans students by their correct names and pronouns. In that case, the Christian teacher also tried to argue that his First Amendment free speech rights were violated because he wasn’t allowed to misgender the students, but the judge dismissed that claim early in the legal proceedings.

Campaign To Help The LGBT+ Elderly Is Spreading Hope