Sir Elton John stars in a new COVID-19 vaccine advert, urging the public to get vaccinated against coronavirus. Shot at London’s Chelsea and Westminster Hospital, the 90-second NHS video starring Sir Elton aims to “show others that getting the life-saving jab is easy and safe,” according to a statement.

The lighthearted video opens on Sir Elton appearing to audition for an advert promoting the jab, competing for the part against a fellow national treasure, Sir Michael Caine, as ‘Yahoo! Mail’ reports.

“The more people in society that get vaccinated, the more chance there is of eradicating the national Covid pandemic,” says Sir Elton, 73. “It is really important to know that the vaccines have all been through and met the necessary safety and quality standards.”

Pretending to get an injection himself, the singer croons: “I’m still standing, yeah, yeah, yeah,” a not-so-subtle reference to his 1983 hit “I’m Still Standing”.

Sir Elton then assures the director he’s the best man for the job – “At this short notice you won’t find anyone bigger,” he says sulkily – before being promptly replaced in the next scene by Sir Michael Caine. 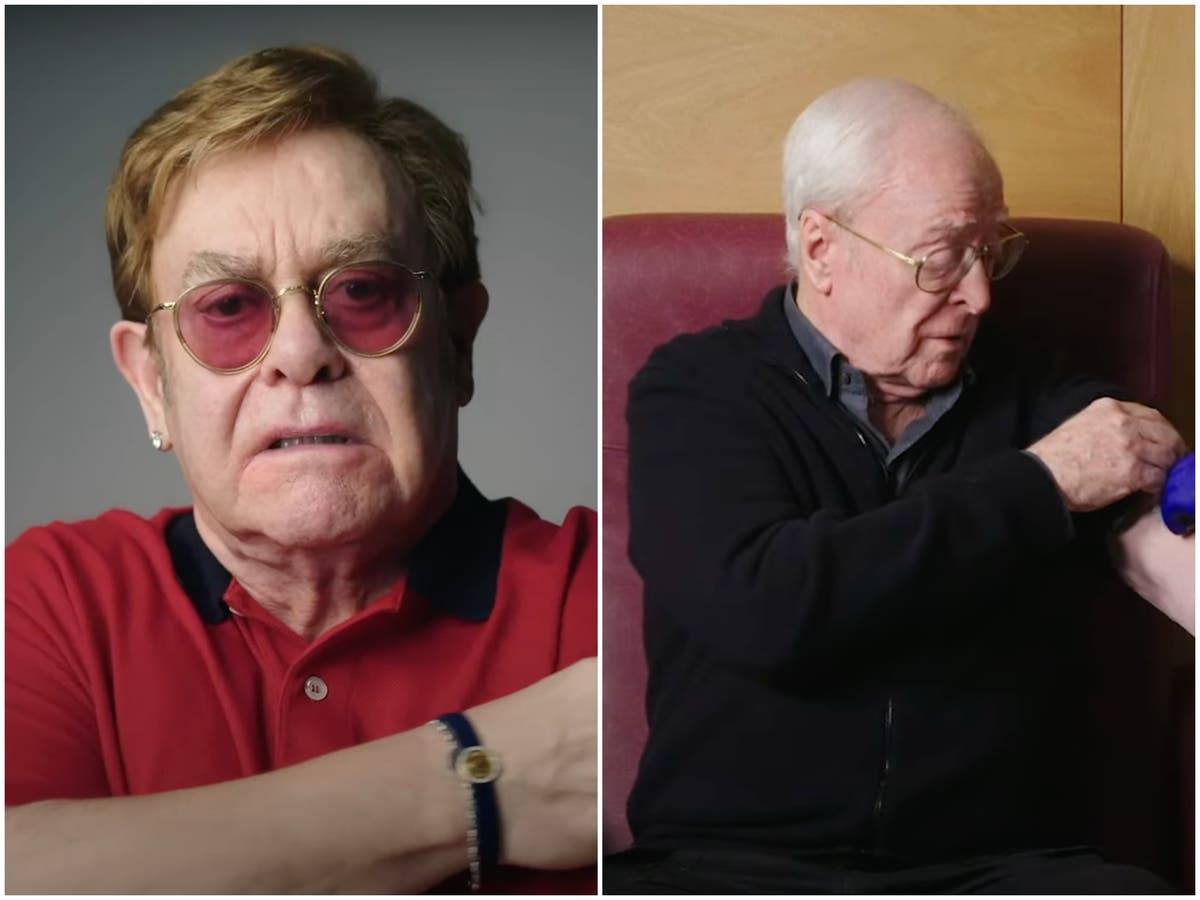 And 87-year-old Sir Michael couldn’t resist dropping in his own catchphrase as he personally received the vaccine. “It didn’t hurt. Not many people know that,” he quipped.

Afterwards, the director can be heard off-camera telling someone to “let the little fella know he didn’t get the job”.

The COVID-19 vaccine video starring Sir Elton John and Sir Michael Caine was released on Wednesday (10 February) as the NHS urges anyone in the high-priority 70 and above age group who has not yet received the vaccine to come forward.

It comes amid reports that the government is “very concerned” about low vaccine uptake among Black, Asian and minority ethnic communities due in large part to distrust of medical systems that are rife with systemic racism. 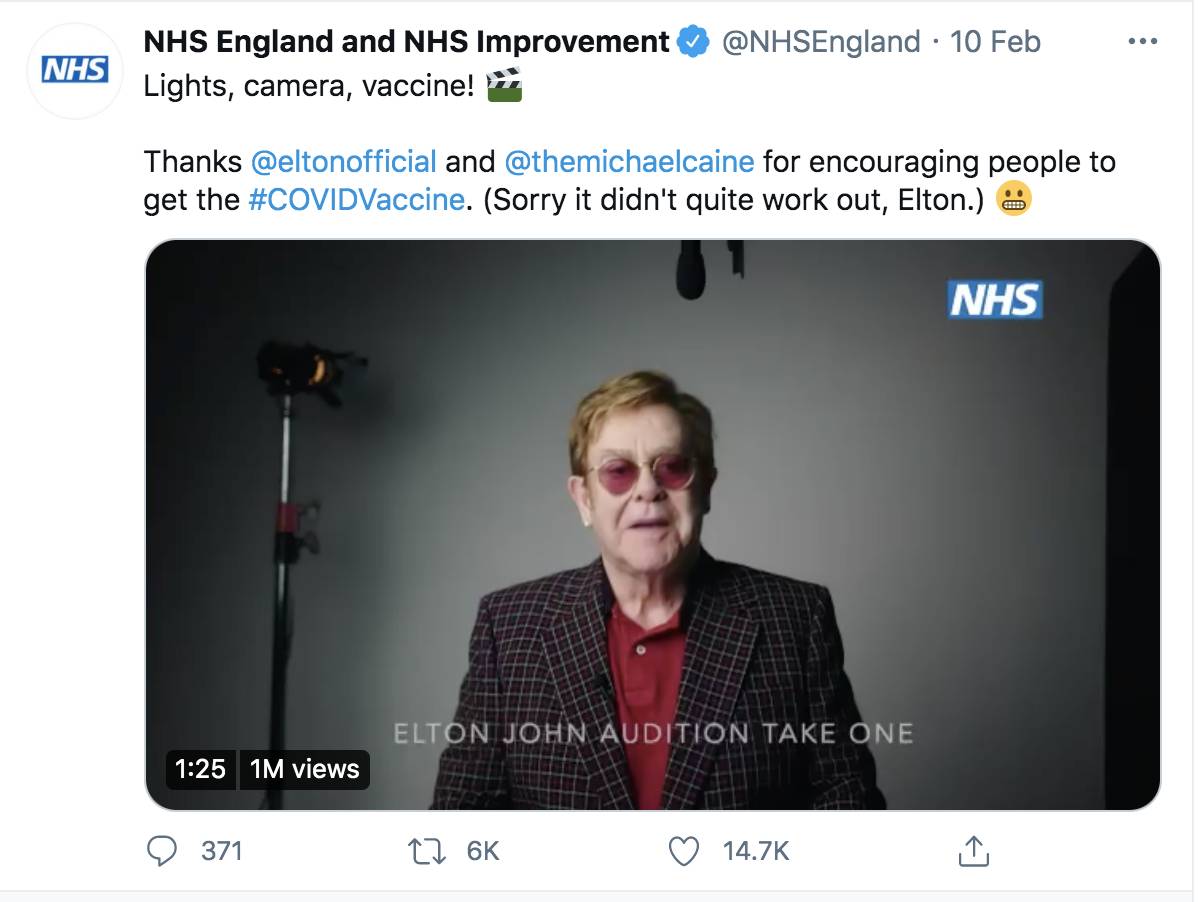 Speaking about his participation in the ad, Sir Elton John said in a statement: “I wanted to take part in this film to help show people the benefits of getting vaccinated and how it helps protect ourselves and the people we love.

“I hope we can all come together and do our bit in the fight against this wretched disease.”

Elton John And TikTok Partner Up For World AIDS Day

Elton John Opens Up About Fatherhood in New Interview