myGwork spoke to Dean Newman from DAZN to discuss the need for bisexual visibility, what true allyship looks like and why organizations need to be having this conversation in the workplace.

Hi Dean – can you tell us a bit about yourself?

My name is Dean Newman (pro-nouns He/Him), I am a Team Leader of the Network operation team in DAZN who manage and monitor the global IT network which is utilized for all the sports broadcasting DAZN do around the world.

It’s currently Bisexual Visibility Month – what does this mean to you?

Bisexual visibility month is important to me as bisexuals are often invalidated by peers, the media and society. Gay and lesbian relationships are not scrutinized or erased by assumptions that being bi is an easy way of putting one foot out of the closet before you are sure to come out as gay later. 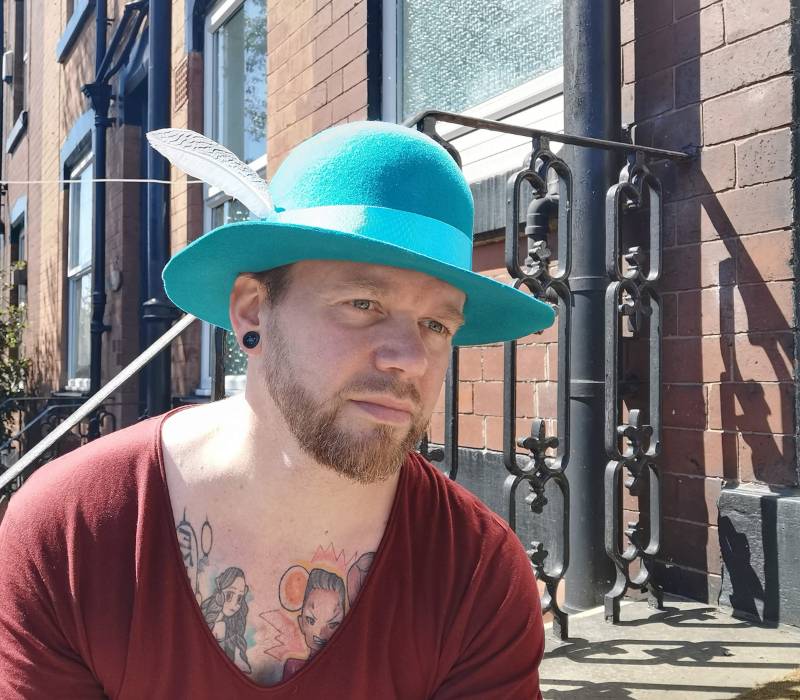 Can you tell us a bit about your coming out journey?

I came out in my mid 30’s after the split of my marriage. I did a lot of soul search and had to really assess who I was after spending all my adult life up to that point as a husband and father. After I was assured of my own mind and had some dates, I came out to my best friend, then later to family and the kids. I only heard of negativity from my extended family, but my immediate family were supportive of me coming out.  But queer people come out every day/week/month when you meet new people join new groups.  It is never just a one-time thing. But over the years with different workplaces or situations, I have been the best version of myself and keep evolving and growing in confidence by being authentic and out.

Have you always been comfortable being out in the workplace?

I have always been comfortable as I am aware of the equalities act and should I experience a negative experience in the workplace, I know the right ways to manage this, and knowing this, and not wanting to hide after coming out, I have never made a secret of being bisexual, just opening up to those I choose. After you have been through the anguish of working out your sexuality and making the decision to come out for the first time, that is empowering, and I have always owned that power.

What advice would you give to someone wanting to come out as bisexual?

Just know that being able to be your true self and not having to hide a significant part of yourself is truly liberating. There is a high percentage chance that the news will be met with an overwhelmingly positive response you may have not expected, and that in the workplace there are significant levels of protection so just do it, and you will never look back and wish you did it earlier. 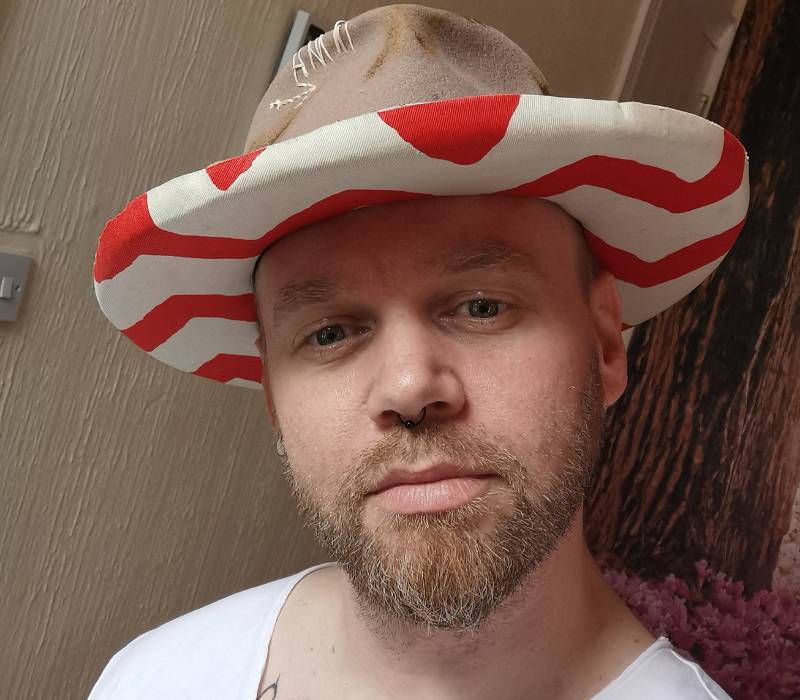 What do you think workplaces can do to make this easier?

I think that senior leadership showing genuine allyship to the LGBTQ+ would go a long way to ensuring all staff feel that being out and their whole self is the best version they need at work.

Employee Resource Groups (ERGS) play a vital role in LGBTQ+ equality in the workplace – what can they do to ensure they are inclusive of the B in LGBTQ+?

ERGs can contribute significantly to the visibility of the LGBTQ+ community but like in most spheres of the community, the B is often overlooked. By giving the B in LGBTQ+ equal space to be represented is vital as so many people are on the spectrum or fluid as opposed to being fixed as either straight or Gay.

Are DAZN doing anything to mark the month?

At DAZN our partnership with myGwork is one initiative to endorse the validity of bisexuals and by being involved in this gives me a fresh sense of pride, not only being out and bi, but also working for DAZN. 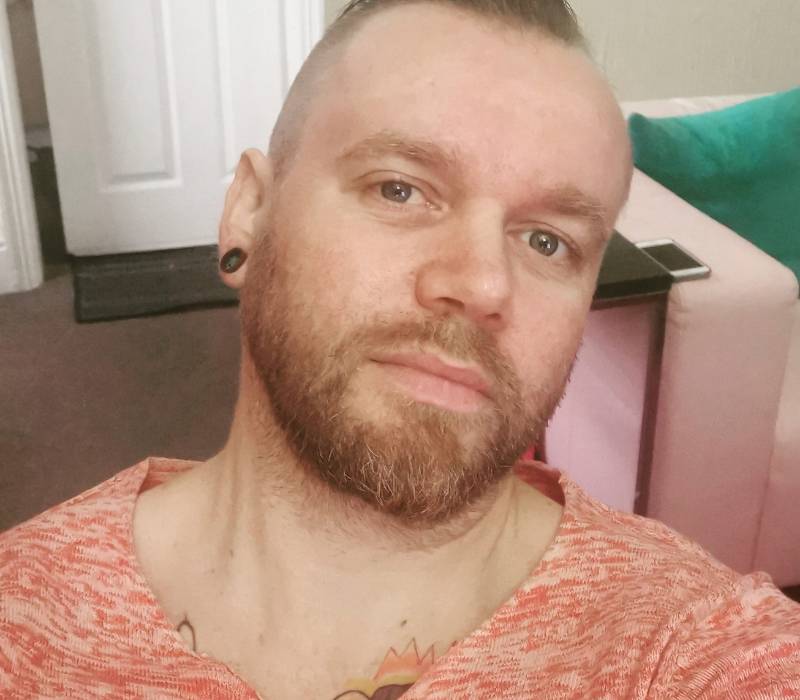 What do you want to see more of in allyship to the bisexual community?

Hearing supportive voices outside your own circles is a great boost for allyship.  Knowing that you are seen and respected is hugely important. Having others stand up to correct things they hear in your absence is truly courageous allyship. Respecting and genuinely hearing us when we come out as bisexual and not dismissing it as less of a significant revelation than someone who comes out as gay or trans.

What are some of the common myths and misconceptions around bisexuality?

So many myths, that we’re greedy or indecisive and that we’re secretly just gay just scared to step all the way out of the closet all the way to we’re going to cheat on a partner with the other sex when in a relationship. As with most myths, the negative experiences, and acts of a few tarnishes the reputations for the rest of us.

The biggest ones I hate are:

Commonly said to most bisexual people, and I am sure if people are bi on the down low and keeping it quiet or play up to one side or the other then maybe some are indeed greedy. However, being open about being bisexual and wanting meaningful relationships basically kills off a huge amount of the dating pool, especially for bi men. Most women will not date you, nor will men as they work with the next myth:

Bisexuals will be unfaithful and cheat with the other sex.

This puts people off dating openly bi people, but if someone is happy and satisfied, why would they cheat? And, infidelity is rife in hetro relationships so where is the guarantee your straight partner isn’t going to break your heart.

Someone’s sexuality is perfectly valid despite their current partner.  This leads to the next myth

This is not helped with many high-profile people who come out as bi, then sometime later, say they are gay. But bi identities are invalidated for all sorts of reasons, but sexuality is fluid and dynamic. Bisexuality is valid, not for others to define. 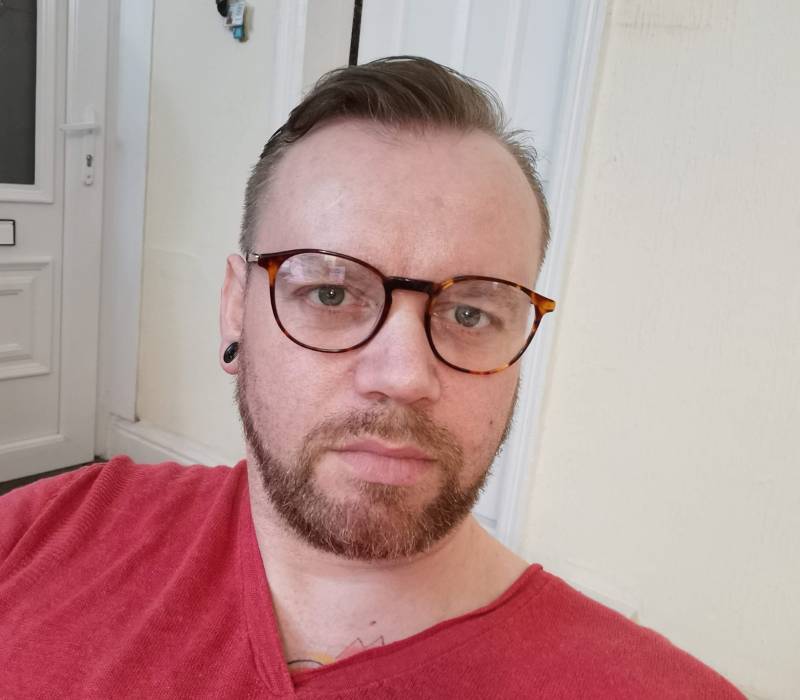 What does authentic bisexual representation look like for you?

Authentic representation is important. It gives the public, or peers examples to look up to and see a likeness of themselves that can go a long way to affirm they are valid and heard. To me improving representation with authentic portrayal in the media, positive stories online or characters in TV and Movies can go a long way to making bisexuality more normalized.  I heard recently that one of the recent 2022 female contestants on ITVs love island had a lot of her content cut as she did discuss her sexuality with the others on the show. However, I did really like Schitts Creek where the character David (played by Dan Levy) is openly bi and has relationships with both male and female characters.

What can the rest of the LGBTQ+ community do to ensure they stand by all bisexual people?

I would say actually believe us when we say we are bisexual and not question that or belittle our status.  It isn’t a phase or anything to be threatened by.