Monet X Change had a moment with Pepsi and now Tayce is getting a taste of Coca-Cola!

Having just wrapped the finale for ‘RuPaul's Drag Race U.K.’ series two, the dolls are off. Bimini Bon Boulash has secured herself a public relations agency and is shooting editorials left and right; A'whora has announced a deal that's giving her a TOWIE spin-off show called Dragged Out; and now Tayce is coming through with Coca-Cola. 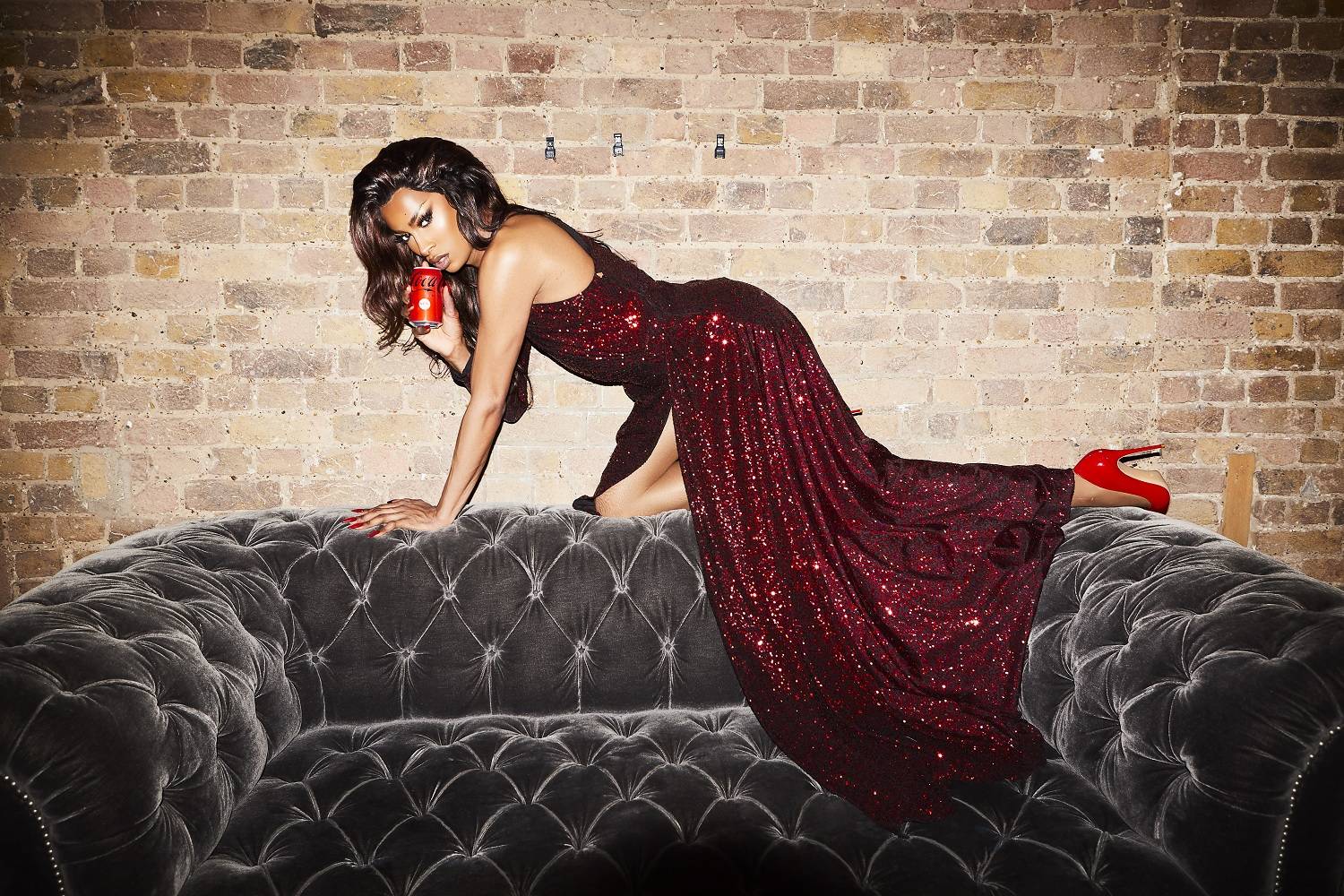 As ‘Out’ reports, after lip syncing her way all the way to the top three, Tayce is joining ‘It's a Sin’ actor Nathanial Hall in a new campaign. Titled "Open That Coca-Cola," the pair are joined in the project by Roman Kemp, Lady Leshurr, Saffron Barker, and Rina Lipa.

“Everyone knows me as that queen that’s bubbly, unique and hard to describe – just like the taste of a Coca-Cola!" Tayce said in a recent interview. “Honey, that first sip is enough to make you say ‘OOOH!’”

The project was shot by Anais Gallagher.

This is only the beginning for Tayce. On Tuesday she tweeted that she booked a major perfume campaign. This all comes off the back of her booking the cover of King Kong magazine's fetish issue.

In addition to coming in top three, Tayce also was the second most preferred queen to win by social media vote according to analytics compiled by Money.co.uk. She also is the second most followed competitor in RuPaul's Drag Race U.K. history with Bimini Bon Boulash coming in as first.