By Richard Clay, Head of Sales at East Midlands Trains

One of my most surprising and rewarding travel experiences was a week-long trip to Tel Aviv in Israel. I had been getting braver about destination choices, read some great articles in LGBTQ+ magazines and was curious to learn more. Officially part of the Middle East but positioned on the mainland of the Asian continent Israel is a surprisingly LGBTQ+ friendly country to visit. In fact, it was the first country in mainland Asia to legalize homosexuality in 1988. It remains in a minority of Middle Eastern countries where it is legal to be in a same-sex relationship but don’t let this deter you from a visit to Tel Aviv and Israel. Tel Aviv estimates approximately 25% of its population to be LGBTQ+.

My partner and I opted for a rooftop Airbnb apartment overlooking the cityscape skyline on one side and the miles of city front beach on the other. It was sunny, warm and we were ready to explore.

A recommended day out sightseeing would be a long walk along the beach promenade from Hilton Beach (the main gay beach) to the old town of Jaffa at the far south of the city and promenade. Be sure to stop at one of the beachfront cafes or shacks for a bite to eat and refreshments. The old port of Jaffa claims to be over 4000 years old and is wonderful to explore on foot giving a feel of real middle eastern-influenced architecture which is very different to the modern part of the city. Take along a history book as you explore. 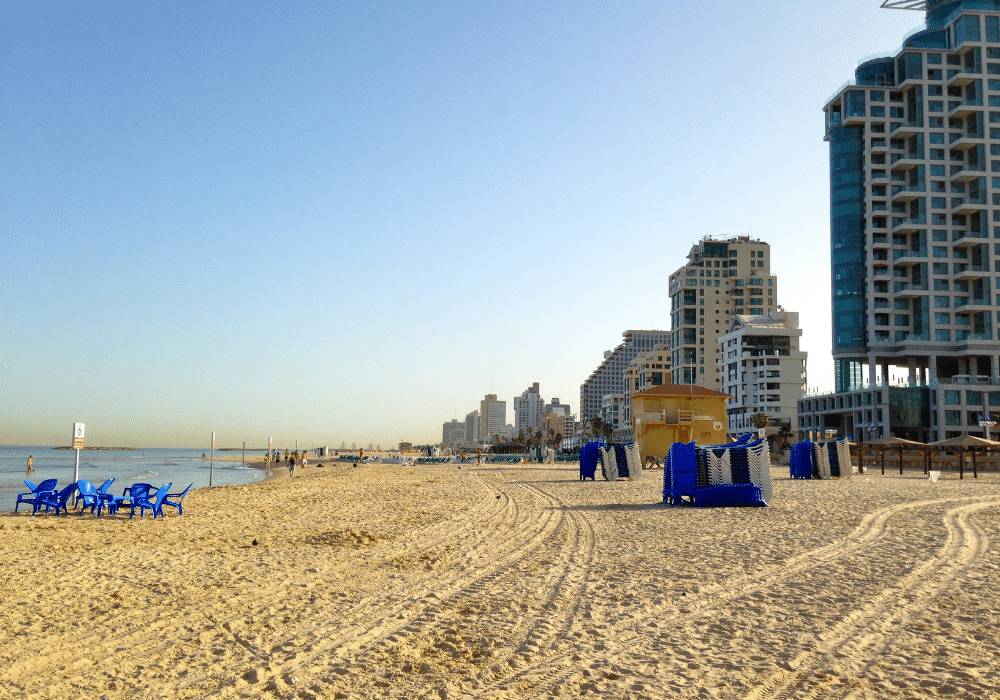 For food, the most authentic place to eat is the Carmel Market. A sensory overload of different food smells, colours and people watching. There are places to eat and grab a beer or cocktail at the market or you can purchase many authentic and traditional Israeli dishes, fresh fish and bread and take them back to your apartment. We visited many times during our stay. If you fancy something more restaurant focussed there are so many to choose from; traditional, contemporary upmarket and fusion twists on Israeli cuisine, all with friendly staff who will converse in the English language. 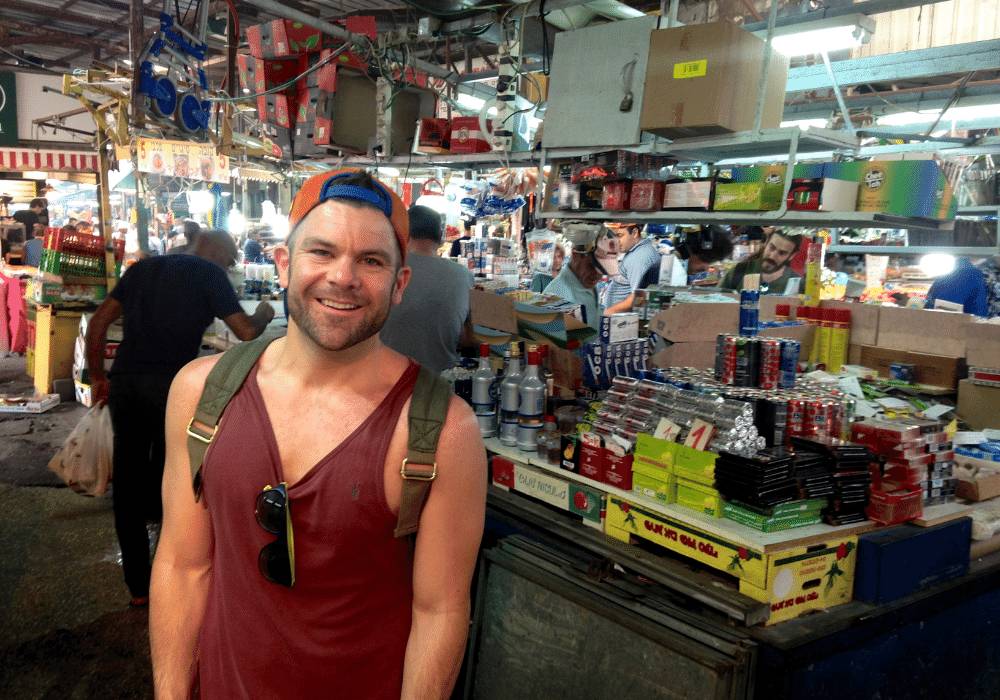 If nightlife is your thing and you like a good night out with music, drinking and dancing then Tel Aviv is rated as one of the best party capitals in the Middle East. Nightlife can range from café culture, bar hopping to late-night parties which will run into the early hours of the morning. Most of the LGBTQ+ community will start at the bars on Rothchild’s Boulevard before moving on to specific LGBTQ+ bars or parties which can be held on pretty much any night of the week. One of the most popular late-night gathering points is Shpagat, but researching venues and parties is key as they change frequently, and some LGBTQ+ nights will be held at some of the larger traditionally heterosexual nightclubs. 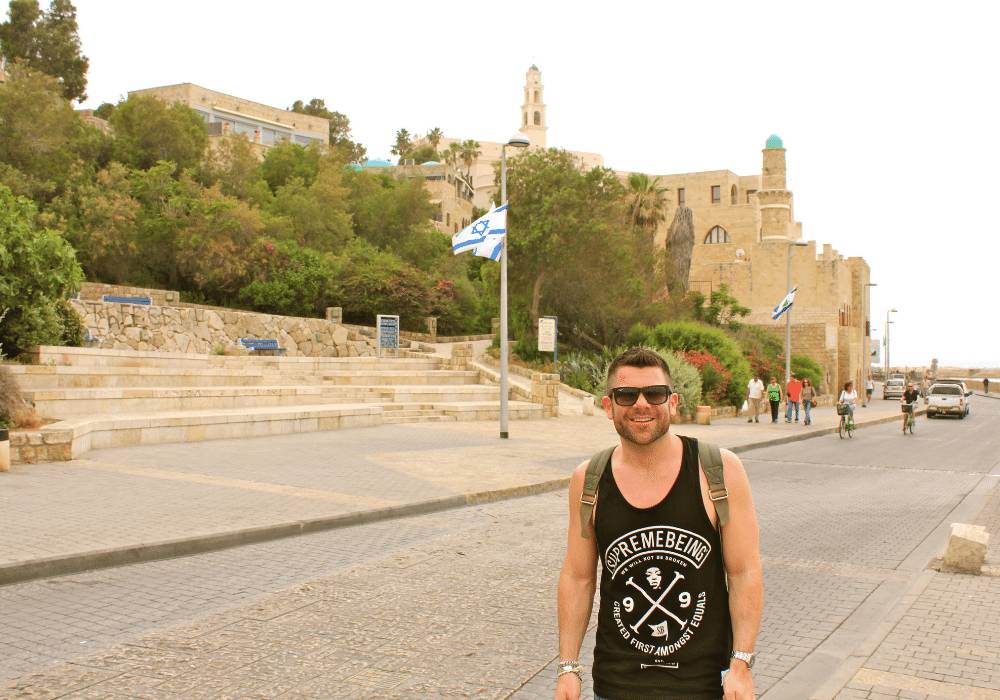 Finally, a must-do experience is an organised group trip to visit Jerusalem, one of the oldest and holiest cities in the world. For around £70 per person, you can get picked up from your accommodation and be part of a group of 10-12 people with a guide for the day who will talk you through the city’s history, show you the route that Jesus is said to have walked into the city, show you around the old town streets, take you to the Western Wall (the holiest place for Jews to pray), find you a nice café to eat at before you go on to visit the Tomb of Jesus in an amazing church lit by candles.

As an atheist I was as intrigued as anybody else on the tour so don’t be deterred if you are not religious, it was still an extraordinary spiritual (if sometimes not a bit bonkers!) experience. I will remember the day trip for the rest of my days fondly and as a treat, you get a dip in the mud of the dead sea on the way back to Tel Aviv: Also bonkers – lots of strangers floating in the mud together, but at least you can say you’ve floated in the lowest accessible point on earth. 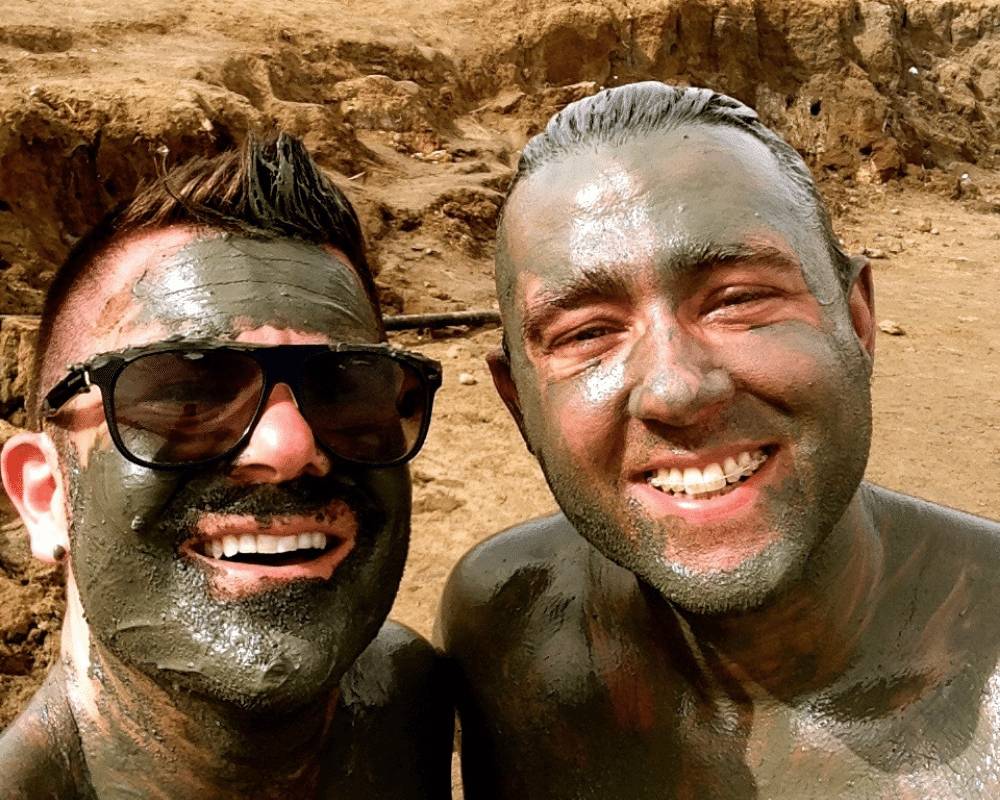 The local people are what makes Tel Aviv and Israel such a welcoming place for the LGBTQ+ traveller. I felt safe at all times in this sprawling, lively, fun-filled beachfront city. I would like to revisit in the future and maybe take in their Pride event. Go discover, something for everyone, you won’t be disappointed.

For more information, a great starting point is: https://www.touristisrael.com/gay-tel-aviv-for-beginners/