It’s a neutral pronoun that’s proving anything but: A nonbinary pronoun added to an esteemed French dictionary has ignited a fierce linguistic squabble in the country.

Le Petit Robert introduced the word “iel” — an amalgamation of “il” (he) and “elle” (she) — to its online edition last month. The term is still far from being widely used, or even understood, by many French-speakers. 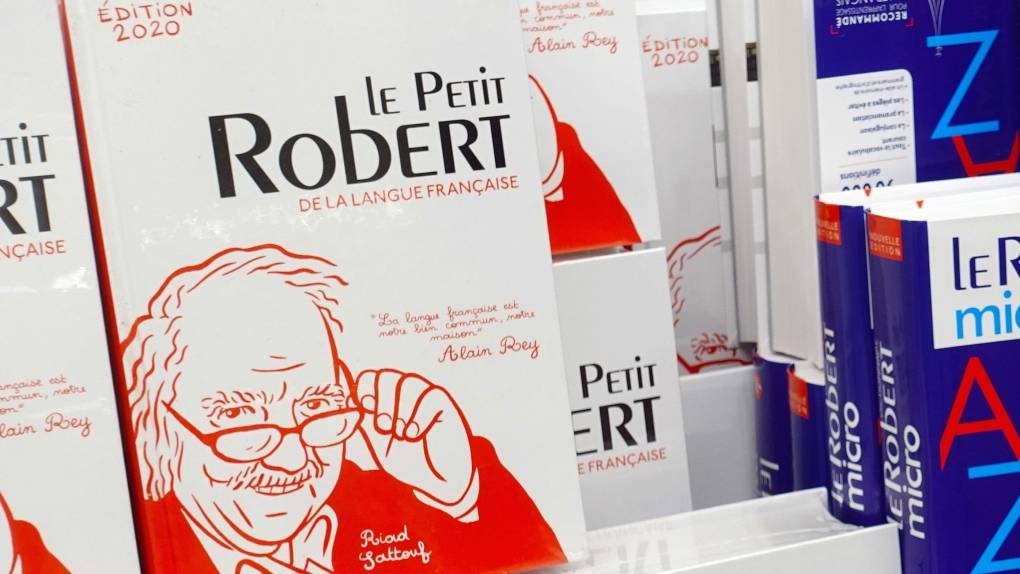 As ‘USA Today’ writes’, though at first the change went mostly unnoticed, boisterous debate broke out this week in a nation that prides itself on its human rights tradition but that also fiercely protects its cultural heritage from foreign meddling. In one camp are the traditionalists, including political leaders, who criticize the move as a sign that France is lurching toward an American-style “woke” ideology. In the other is a new generation of citizens who embrace nonbinary as the norm.

Education Minister Jean-Michel Blanquer is not among the latter. He went to Twitter on Wednesday to say that “inclusive writing is not the future of the French language.” The 56-year-old former law professor warned that schoolchildren should not use “iel” as a valid term despite its inclusion in Le Robert, seen as a linguistic authority on French since 1967.

Francois Jolivet, a lawmaker from President Emmanuel Macron’s centrist party, also made his distaste plain. Nonbinary pronouns are, he suggested, a worrying sign that France is embracing a “woke” ideology.

Jolivet wrote a letter to the bastion of French language, the 400-year-old Academie Francaise, claiming that Le Robert’s “solitary campaign is an obvious ideological intrusion that undermines our common language and its influence.”

The general director of Le Robert editions, Charles Bimbenet, jumped to the dictionary’s defense Wednesday in a statement. Far from dictating which terms should be used, he said, Le Petit Robert was elucidating the word’s meaning, now it is growing in currency nationwide.

Since “the meaning of the word iel cannot be understood by reading it alone,” Bimbenet said, “it seemed useful to us to specify its meaning for those who encounter it, whether they wish to use it or … reject it.”

“Robert’s mission is to observe and report on the evolution of a changing and diverse French language,” he said.

The decision has been welcomed by nonbinary French.

“It is very important that dictionaries include the “iel” pronoun in their referencing as it reflects how the use of the term is now well accepted,” said Dorah Simon Claude, a 32-year-old doctoral student, who identifies as “iel.”

“It is,” they added, “also a way of confronting the Academie Francaise that stays in its conservative corner and continues to ignore and scorn users of the French language.”

In 2017, the institution warned that moves to make French more gender neutral would create “a disunited language, with disparate expression, that can create confusion verging on illegibility.”

Gendered languages like French are seen as a particular hurdle for advocates of nonbinary terms as all nouns are categorised as either masculine or feminine, unlike in English.

Not all European countries are moving at the same speed as France. In Greece, where all nouns have not two, but three possible genders, there is no official nonbinary pronoun, but groups who support them suggest using “it.”

In Spain, after former deputy prime minister and affirmed feminist Carmen Calvo asked the Royal Spanish Academy to advise on the use of inclusive language in the Constitution, its reply the next year was crystal clear: “Inclusive language” means “the use of the masculine to refer to men and women.”

dictionary.com Adds More LGBT+ Words, But Will Use “Homosexuality” Less

Merriam-Webster Dictionary Has Updated ‘They’ To Include Nonbinary Pronoun