Israeli Prime Minister Benjamin Netanyahu, long a supporter of LGBT+ rights, has courted homophobes and racists in bid to cling to power. Although in the past Netanyahu and his party have championed LGBT+ rights, with one instance being its Knesset members having also walked out of the chamber when racist politicians on the extreme right have taken the floor, this seems to have changed. Now, the electoral meal he offers includes medieval fare -- dishes bitter with racism and homophobia.

As ‘CNN’ reports, Aan Israeli TV Channel 13 survey this week shows Netanyahu's right-wing and religious bloc winning a total of 47 seats out of 120 in the Knesset. The opposing ‘Anyone-But-Bibi’ grouping would, the polls show, garner 58 seats -- just three away from that magical one-seat majority needed to end the reign of Israel's longest serving prime minister. 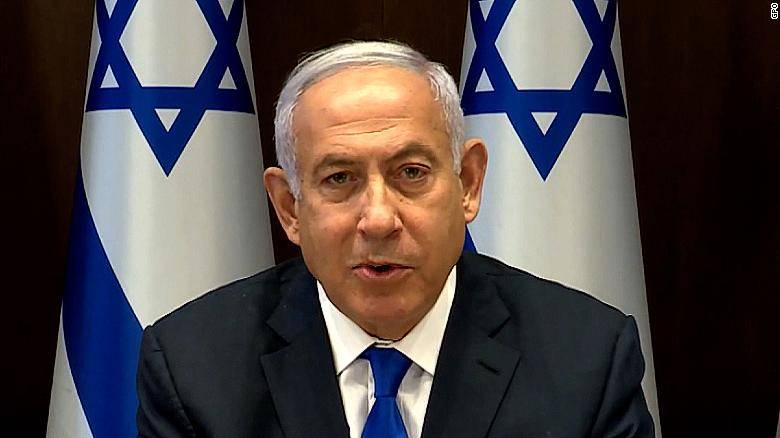 The potential kingmaker party, Yamina, led by Naftali Bennett, is on the right too. But Bennett's personal rivalry with Netanyahu and ambition to take over the right, if ever Netanyahu is ever toppled, means he is, for now anyway, not joining a ‘pro-Bibi’ electoral bloc for now.

With the Channel 13 poll predicting 11 seats, his party could take Netanyahu's alliance up to 58. But for now, that's not something Netanyahu's Likud strategists can bank on. So every right-wing vote counts. To ensure this, Netanyahu has forged the creation of micro-blocs. Parties need to pass a 3.5 per cent of the vote threshold to count at all. Small parties may struggle to make it. By welding them into groups sharing a list of candidates with each other, and allied to his coalition ticket, every vote is made to count.

According to Channel 13's poll, the Religious Zionism party bloc, which includes Jewish Power, is set to get five seats. That would result in a Knesset seat for Itamar Ben-Gvir, a one-time devotee of the Kach movement in Israel which was banned in 1994 as a terrorist organization.

Ben-Gvir was shown on Israeli Channel 11, speaking not long before the 1995 assassination of Israeli Prime Minister Yizhak Rabin by a right-wing extremist, boasting of how his group had been able to get so close to Rabin he'd stolen the emblem from his car.

At the time he was a leading light of the Kach youth movement. “The badge is a symbol and shows that as we have been able to get this symbol, we can get to Rabin,” he said.

He's now the leader of Otzma Yehudit or the Jewish Power party, and a lawyer who avoids outright racist statements but has followed an ideological tradition of extremist thought that has advocated the mass deportation of all Arabs west of the River Jordan. In 2007, he was convicted of incitement to racism and support for a terrorist organization.

Jewish Power has been shunned by the influential American Israel Public Affairs Committee (AIPAC), which described it as a “racist and reprehensible party” when Netanyahu made an electoral pact with them in 2019.

Now the group has been joined by Noam -- a religious party that's main raison d'etre seems to be homophobia.

Party leader Avi Maoz, who could also win a Knesset seat, according to Channel 13 and other polls, had campaigned against same-sex adoption and in-vitro fertilisation for same-sex couples.

“A country which makes a healthy family which includes a father, mother and children strong is normal. A country in which wo fathers or two mothers are recognized as a family, is not normal,” he added.

Israel's left, desperate to build a coalition to unseat Netanyahu, is also made up of many small parties.

Meretz, a mainstream left-wing party that's also hoping to attract the votes of ethnic Arab Israelis, whose traditional parties often get 10-15 seats, has been predictably outraged by the latest pact on the right.

“I'm very sorry this is happening in my country. I think it's a shame that Prime Minister Netanyahu is in an alliance with those kind of people. It's neo-fascist. It doesn't belong here” he said.

But inside the Likud party, even among LGBT+ activists, there's equivocation.

Netanyahu has a long record of support for LGBT+ rights.

“Loving someone should never mean a life of fear or terror. For too long the LGBT community around the world has faced violence and intimidation ... in Israel the LGBT community marches with pride. My unwavering belief is that all people are created equal ... sadly, some elements of our society are still not yet ready to accept the LGBT community. My solemn promise to you today is to continue fostering respect for all of Israel's citizens without exception,” he said in a TV broadcast ahead of Jerusalem's gay pride march in 2016, a year after a 16-year-old girl was stabbed and killed at the same event.

Eran Globus, a trainee lawyer who used to chair Jerusalem's Open House for Pride and Tolerance refuge for minorities, told CNN he was disgusted by the latest political pact struck by the Israeli Prime Minister.

But when asked if this meant that the Likud Party had lost his vote, he replied: “I think, like a lot of Israelis after three times of voting (in three general elections within the space of a year) it's very unclear until the minute you get there.”

Likud spokesman Eli Hazan summed up the calculation for Likud.

“I need to be prepared to win in any condition. I don't like this party. We share nothing with them except the will to win the election against the left wing.”