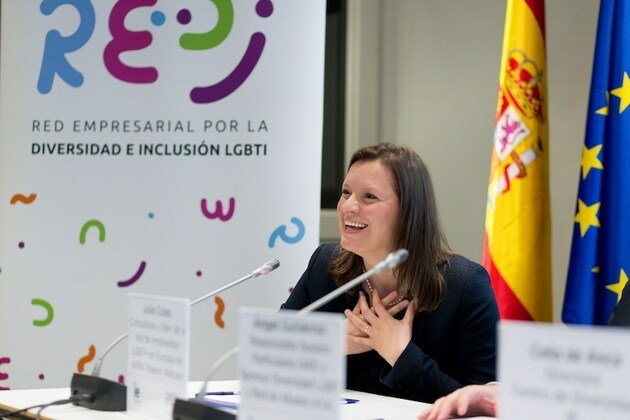 Picture by Reyes Cervantes for REDI, panel speaker at a REDI event

Julie’s story is not uncommon among British people – she moved to Spain in 2001 and has built a life here. Julie Coles is among the almost one million British people that live in the European Union. Her job as a consultant is based on connecting people to each other, and people to information, but feeling connected and in the know isn’t something she is experiencing in relation to Brexit. At the moment Julie, like many other Britons in Europe, feels under-informed and unsure about how Brexit will affect her and other people who have built their lives in the EU. The goalposts could be changing imminently and you can keep up-to-date on your current rights and essential information for UK nationals travelling and living in the EU on the UK government website.

With over 18 years in Spain, Madrid is home for Julie. She lives with her Spanish wife and six year old son and tells me that Madrid has been a welcoming, non-judgmental home for them all: “Living in the capital of Spain with lots of people and diversity means our situation isn’t that unusual. For example, when our son was at a nursery there was a little girl who had two mums and now he’s at school there are two boys in his class who also have two mums, so we don’t feel particularly different.”

Speaking about moving to Spain and starting a family Julie comments, “When we decided to start a family, we didn’t face discrimination or major obstacles, because many rights for same-sex families, including marriage and access to private fertility clinics, had already been won in Spain. We would have had to think about starting a family together more if we didn’t have that legal protection. We were both able to register as our child’s parents on his Spanish and UK birth certificates, whereas in some EU countries this is still not an option or legally recognised. 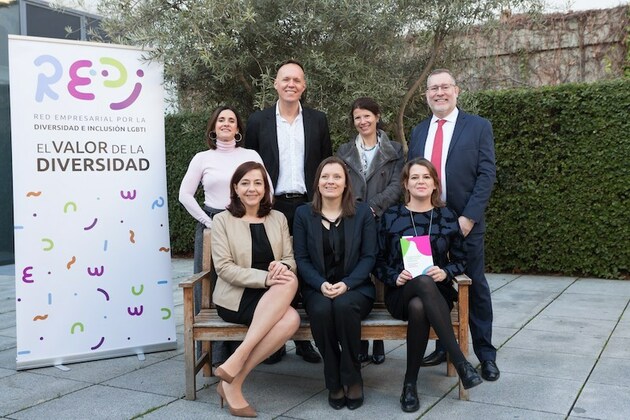 Picture by Reyes Cervantes: Speaker panel participants for the REDI publication we were helping launch – 12 Keys To Understand And Manage LGBT+ Diversity In The Workplace (in Spanish)﻿

“We appreciate how privileged we are to live in Spain, a country which has made huge progress towards equal rights for LGBT+ families and are very aware that this is not the case for many people across the world.”

Despite living in an open and tolerant society and being protected by Spanish, British and EU law up until now, Julie is concerned about what impact Brexit and the rise of the far right in Spain might have. “LGBT+ rights in the UK are currently tied into European law through the European Charter of Fundamental Rights that explicitly prohibits discrimination based on sexual orientation. I’m worried that the UK might regress if it leaves the EU.”

Spain is about to hold a general election, in which it is unlikely that any party will win a majority. The ultra-conservative party is growing in popularity and influence and has publicly stated positions and policies considered homophobic, for example that marriage is a union between a man and a woman and that transgender healthcare should not be covered by the public health system.

The unknown of political changes are at the forefront of Julie’s mind, and many of her concerns and questions remain unanswered. She shared her biggest worries with me: “If I’m not a European citizen any more, or laws change, will we face difficulties in staying together as a family either in the UK, or Spain, the countries we were both born in? Will the UK or Spain regress in terms of how it protects LGBT+ rights? Of course these unknowns are unnerving.”

During these times of political uncertainty, Julie doesn’t want to get complacent. “Sometimes I think due to where I live and work and the positive experience I have had I sometimes take the rights I enjoy for granted. Things can change and we might lose hard-won rights more easily than we sometimes like to think. It’s important to be visible and help normalise same-sex and other diverse families to help ensure that attitudes remain accepting.” Julie also recognises that trans individuals don’t always have their fundamental rights recognised in the same way as the rest of the LGBT+ community, and wants to push for continual progress for everyone. 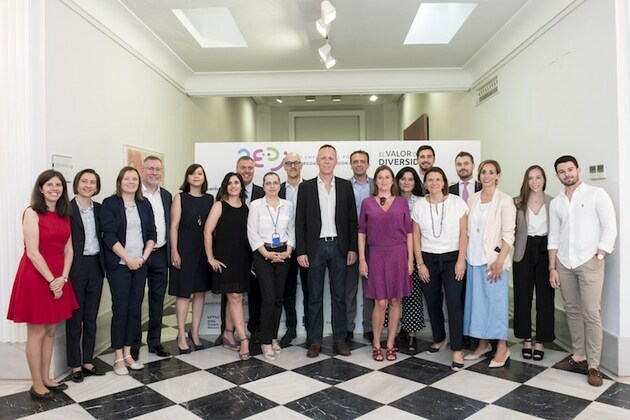 Facing these times of uncertainty, Julie has remained active in her community, particularly trying to improve the visibility of LGBT+ people in the business world. She co-chairs the LGBT+ employee network at Willis Towers Watson in Western Europe and is involved in REDI, Spain’s leading LGBT+ business network and Lesworking, Spain’s first network for lesbian and bi women and wants to focus on unity. In the wake of far-right parties gaining popularity in Europe, and the unknown repercussions that Brexit might bring, Julie wants the LGBT+ community to pull together and focus on what unites rather than divides us. She says, “I was so upset by what happened at Pride in London last summer against the trans community and I don’t understand how people can be aggressive and cruel to other humans, particularly when they’re from the same community and know what it is like to be a minority. For me, it’s all about making sure all human beings have the same rights and opportunities regardless of any labels or where we live”.

Only reading DIVA online? You’re missing out. For more news, reviews and commentary, check out the latest issue. It’s pretty badass, if we do say so ourselves.