America is a country rich in queer culture. As the birthplace of Pride and Club Kid Drag, there’s a lot to celebrate and take pride in. Alongside this, there are sombre moments, moments that still bring up feelings of anguish and pain for many LGBTQ+ people, such as the Orlando Attack and HIV/AIDS Crisis. We have so much to learn from past LGBTQ+ activists and it is our duty to ensure history doesn’t repeat itself. The only way we can do this is by honouring, remembering and learning about the past.

Before contact with Western societies, Native American people recognised a third gender and had social roles and names for gender non-conforming people. Within their communities they often had people living as a gender different to the one they were assigned at birth, with one of the first transgender people in the Ameircas being recorded in 1711.

Alas, we fast-forward to the beginning of the 18th century and these views of gender fluidity seem hard to come by in what has become of America. Now known as the United States, this country has become a place of dismay for many LGBTQ+ people. With restrictive laws meaning even wearing a piece of clothing from the opposite sex could end you in jail. Even more severely, crimes such as “sodomy” could result in capital punishment in many states. Yet, although forced into the shadows, LGBTQ+ people still existed. The love letters between Jeff Withers and James Hammond in 1826, two young men from South Carolina, offer rare evidence of queer relationships from this time. James went on to become Governor of South-Carolina, however, is also infamous for his support of slavery in the south, so is not what we would call a role model. However, these weren’t the only accounts of love letters between two people of the same sex, with former First Lady, Rose Cleaveland having written explicit love letter to Evangeline Marrs Simpson, and it later coming out they had an on and off relationship throughout the 1890’s. As the Century came to an end, laws against those existing outsides of the heteronormative world only seemed to tighten and ‘the land of the free’ seemed to offer very few places where LGBTQ+ were free to be themselves.

These laws much remained the same until the 1960’s. Also known as the beginning of the sexual revolution, it was time of social upheaval and the dawn of many social movements. The new decade saw the first law change in 1961 when Illinois overturned their anti-sodomy laws, effectively decriminalizing homosexuality. The same year the first ever homosexual documentary aired on television in California. Despite these baby steps, life for LGBTQ+ people remained a hidden sub-culture, with harassment and fear commonplace. Discrimination was rife, even in the most basic act of ordering food or drink, as suspicion of homosexuality could have you rejected and kicked out. Anger towards just this motivated one of the first gay rights organisations to take a stand. The Mattachine Society, decided to orchestrate a “sip-in” to bring light to these issues, taking inspiration from the civil rights movement sit-ins.

On April 21 1965, the New York division of the society led by Dick Leitsch, staged the “sip-in” at the Greenwich Village tavern Julius. Dick, along with two other gay men, told the bartender they were homosexuals and upon being rejected service, went on to sue the State Liquor Authority. This resulted in a lot of publicity and they ultimately managed to change the anti-gay liquor laws. 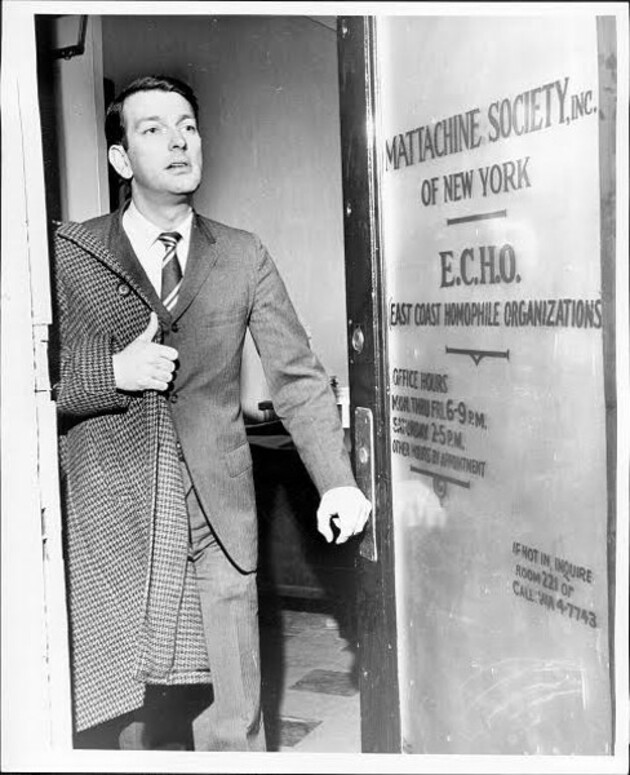 Only a few years later, the seismic events of the Stonewall Uprising unfolded, now universally known as the match that lit the movement for LGBTQ+ rights. It was the early hours of the morning of June 28th 1969, when New York City Police raided the Lower Manhattan bar, that it all began. This event in itself would not be of note, Police often raided venues they suspected homosexual activity, with this activity still illegal everywhere but Illinois. However, this night, for one of the first times in US history, the LGBTQ+ community decided to fight back and resist arrest. Those there that night, including trans women of colour Marsha P. Johnson and Sylvia Rivera, led the LGBTQ+ community into a new era of resistance and revolution. 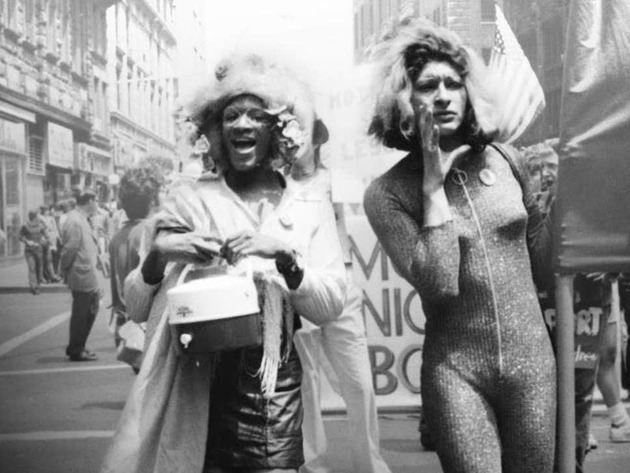 This new feeling of unrest and thirst for change among the LGBTQ+ community was used as ammo in what is now often called The Gay Liberation movement. The late 1960’s saw LGBTQ+ folk migrate to cities such as San Francisco and in 1970 Harvey Milk made history becoming the first openly gay elected official in California. During his time in office he managed to push forward bills to ban discrimination in employment, housing and public accommodations based on sexuality, which are still in place today. Sadly, he was assassinated in 1978, but what he achieved in his 11 months in office will never be forgotten. By the end of the 1970’s it seemed like real change was finally happening with majority of states having decriminalised consensual same-sex relationships. The future was looking almost hopeful and the first ever National Gay Rights March took place in 1979.

The 1980’s marked the beginning of the HIV/AIDS crisis. An era where homophobia, biphobia and transphobia, mixed in with racism, cost thousands of queer people their lives. At this point, very little was known about the disease and simultaneously several anti-LGBTQ+ groups were popping up, many led by Evangelicals and the religious-right. Their bigotry was loud and influenced the way that many people perceived HIV/AIDS, creating hostility and stigma surrounding the disease that still exists today. Whilst LGBTQ+ people died in immense numbers; the rest of the country ignored their cries for help, turning a blind eye to the biggest health crisis they had seen in modern history. 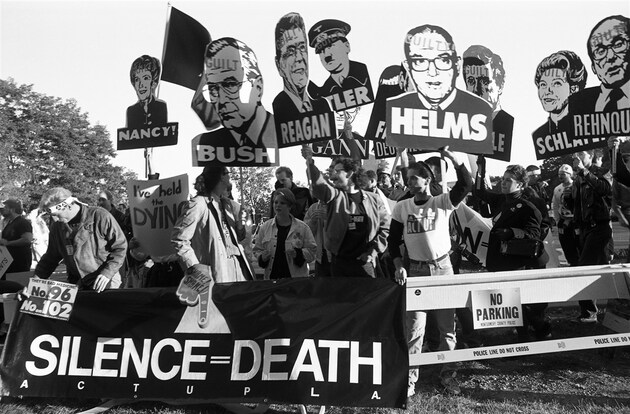 It wasn’t until 12,000 Americans had died from AIDS that President Reagan even mentioned the word “AIDS”. Throughout this time, LGBTQ+ people became angrier and fought back in ways never before. Protests and demonstrations became bigger and louder than ever, with groups such as Act Up leading the way. One of the designers of the Act Up posters said of the time “In 1981, my soul mate started showing signs of immunosuppression, before AIDS even had its name. By 1984, he was dead, a year before Rock Hudson had been outed by the disease and died, and Reagan had uttered the word. This private devastation compelled me to form a collective with two of my friends." 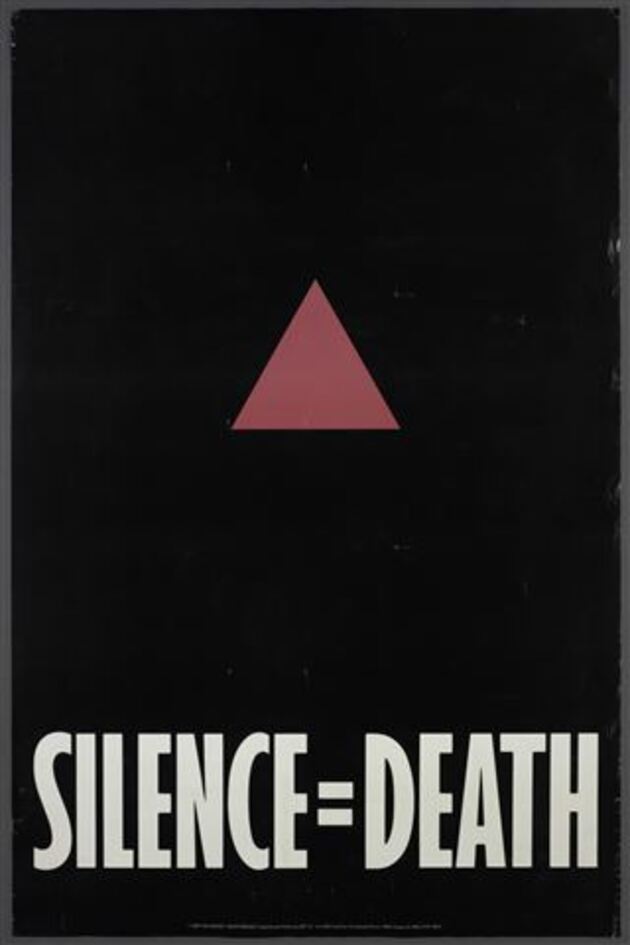 This period of great suffering inspired many artists, with iconic creations by artists such as Keith Harring and Donald Moffet, forever encapsulating feelings of the time through their work. 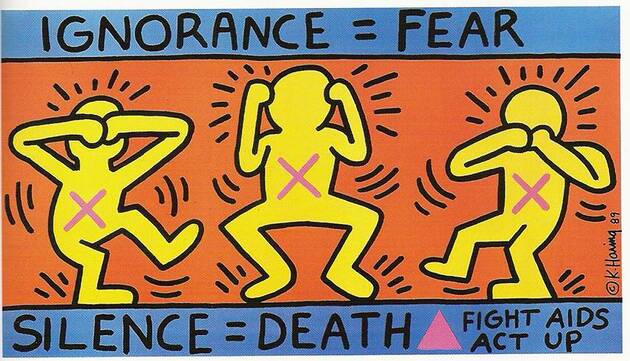 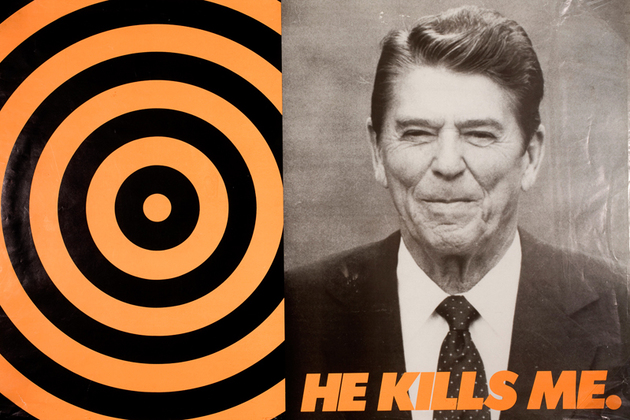 In 1995, AIDs was the biggest cause of death for men aged 25-40, it was also the year that the first set of drugs that could actually stop and reverse the effect of HIV/AIDS were released. Slowly, the medicine began to work and people began to survive. This would not have been possible without the activists of the time putting the issue in the spotlight and demanding the development of medication. Today, we continue the fight against HIV, but the progress achieved by Act Up and those supporting them is never forgotten. 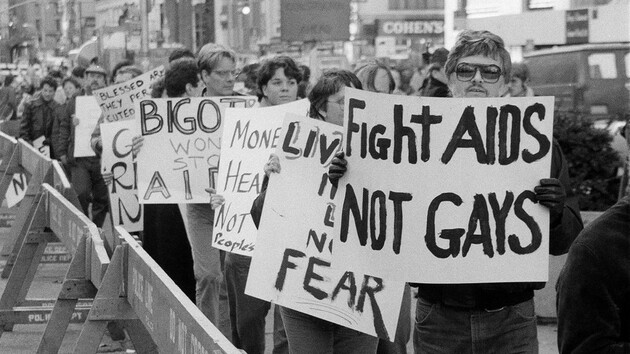 The 21st century started with a bang when in 2003 homosexuality was decriminalized across the country. Equal marriage became a constantly debated topic, with San Francisco beginning to marry couples in 2004 in an open challenge to the laws at the time in California. New Mexico also decided to issue marriage licenses to same-sex couples, as their law did not mention gender. At the same time, however, Nevada applied a constitutional ban on all same-sex marriages. A poll taken at this time showed 51% of people favoured equal marriage, yet the country remained split and unsure what to do. Oregon even decided to halt all marriages from taking place for the rest of the year, until they could decide what to do.

It wasn’t until a decade later, under Obama’s rule, that same-sex marriage was finally implemented across the country. 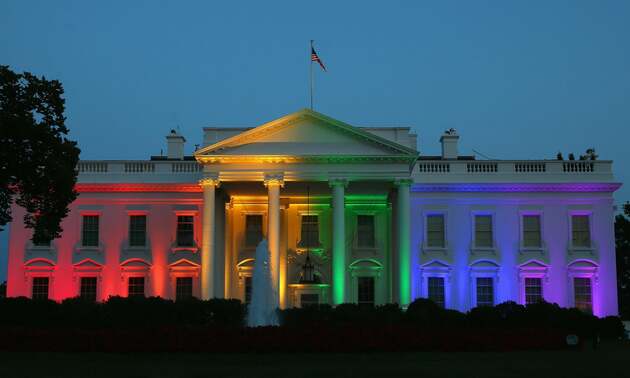 Obamas presidency signified the beginning of more accepting and inclusive policies for LGBTQ+ people. In 2009 he declared June to be Pride month and by 2010 he had removed the nasty “don’t ask don’t tell” laws banning gay and bisexual people from the military. Milestones continued to be made and in 2010 Amanda Simpson became the first ever transgender Presidential appointee.

Although laws changed and LGBTQ+ representation slowly grew, we know that law changes alone do not change a culture. Legally, attacks based on sexuality or gender identity were now classified as a hate crime, but this alone is not enough to prevent such attacks. Discrimination and violence against LGBTQ+ people was still prevalent, with the Orlando Attack in 2016 bringing this into an all too real focus.

Almost all LGBTQ+ people will be able to recollect the events that took place on the sombre night that was 12th June 2016. That night, 49 people, predominantly Hispanic, were shot dead inside Pulse, a gay nightclub. At the time it was the deadliest mass shooting by a single shooter in US history and left queer people across the world in mourning. 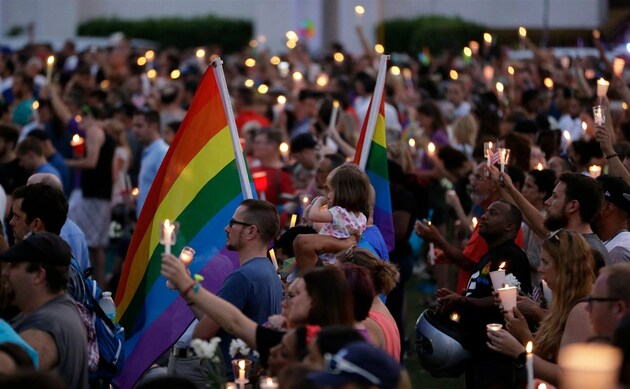 A vigil at Lake Eola Park on June 19, 2016, following the shooting, in Orlando, Florida

In brisk contrast to the Obama-era, Trump came into power and many liberties now taken for granted, came into risk of swiftly being taken away. Not to mention, although many laws changed to protect LGB people, the trans community remained more vulnerable than ever. Violence towards trans women of colour was, and remains today, at an all-time high. This is despite the LGBTQ+ movement having been led by trans women of colour.

Through Trump leadership, so far, his administration has allowed adoption agencies to reject same-sex parents on the basis of ‘religious beliefs’, allowed faith-based schools to discriminate against LGBTQ+ teachers and remove pro-LGBTQ+ curriculum, announced a new policy stating transgender people would not be guaranteed health care protections, attempted several times to ban transgender individuals from the military and the list goes on. It’s a terrifying time for anyone marginalized or made to feel different. On top of this, just last year the Supreme Court in California ruled in favour of a baker who refused to make a wedding cake for a same-sex wedding. 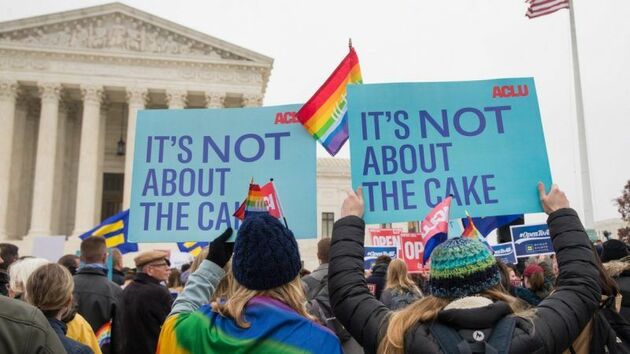 Looking back, we’ve come so far, but we still have a way to go, in America and across the world. Now more than ever we need to uplift and fight for those most marignalised in our community. Ensuring no one is left behind is the only way forward. We also can’t forget, that just because we have been given certain rights, does not mean they can’t be taken away. With the current political climate, the stakes have never been so high, and so the fight continues.