In this week’s Meet & Greet interview, myGwork member and Booth-Laird Investment Partnership’s CEO Jonathan Booth shares why there are so few ‘out’ CEOs and leaders in the corporate world. He believes inclusion and tone starts tone starts at the top: “The more LGBTQ+ people in the boardroom and C-suite, the more inclusive the organization will naturally become”. He also shares how he is promoting LGBTQ+ inclusion at his organisation, and provides a glimpse into his work and social life. 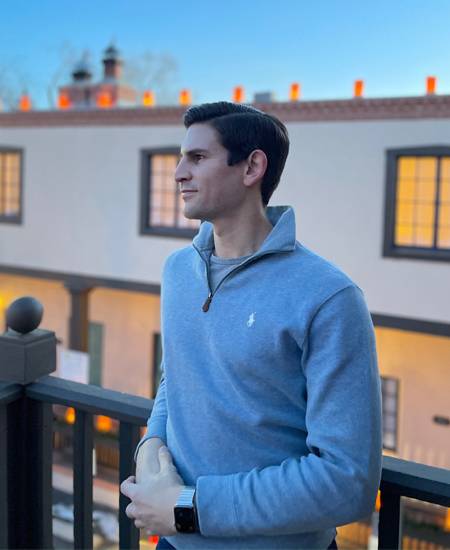 myGwork: Why did you start your own company?

Jonathan: I have wanted to run my own business since I was a child.  I first thought my future business would be in accounting. However, I discovered I was not passionate about accounting, just lucky enough to find myself skilled at it. My true passion was investing, thanks to my uncle, who began buying me one or two shares of stock in companies when I was only 11 and explaining to me why he chose the investment. So even as I was pursuing my bachelor’s and master’s in accounting and then working for major accounting firms, I never stopped investing on my own and reading every investment book I could find. The turning point was meeting my long-time business partner, Kevin Laird, while we were both working at KPMG.  We realized quickly how in-sync we were on investing and business in general and that we would make a great team. We officially started our hedge fund, Booth-Laird Investment Partnership, a few in April of 2008. It was the second best decision of my life, second only to proposing to my husband. 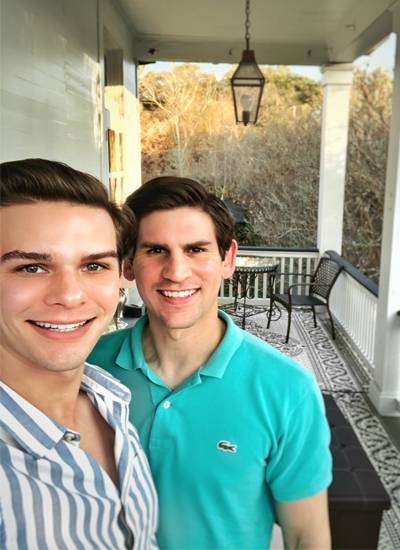 myGwork: Have you always wanted to lead a company and why?

Jonathan: The short answer is yes. My personality type under Myer Briggs is called the Architect or the Systems Builder. For whatever reason, I have a clear idea of how to create a system of structure and processes. That innate tendency toward always wanting to find a better way to do something made it difficult for me to work for others, especially a large organization set in its ways. It got so bad for me at one of my former employers that I decided to create what I called the “Culture Outline”, which was a way for me to improve team morale while improving efficiency and effectiveness.  It was comprised of six high-level goals and six processes under each goal for achieving that goal. I presented it to high-level leadership at the firm visiting from New York and six months later it was rolled out nationwide under the new moniker “Team of Choice.”  Naturally, I did not get any credit except from the people who worked with me in our local office.  I realized at that point I needed to lead my own company, and hopefully sooner than later.  It was not much later that Booth-Laird Investment Partnership was born.

myGwork: How would you describe your leadership style?

Jonathan: I have always felt that the leader exists to serve all those people he or she leads.  The leader’s sole job, in my opinion, is to make sure every single person underneath him or her is successful, be it from mentoring, training, better equipment, or changing roles.  I have always had a vested interest in each of my employees. After all, their individual success only makes the company better.  I will always take a hit to the bottom line in the short-term to invest in my team’s success because I know the ROI on that investment is always high.

myGwork: What attributes do you look for when promoting/hiring employees leaders in your company?

Jonathan: I want servant leaders. I want leaders who seek to better those around them. I will also steal a Warren Buffett response to this same question because I cannot say it any better than the Oracle of Omaha. “You're looking for three things, generally, in a person: intelligence, energy, and integrity. And if they don't have the last one, don't even bother with the first two.”

myGwork: How do you successfully motivate your employees?

Jonathan: I do my best to make sure they feel appreciated, supported, trusted, and working toward something alongside me. I grew up playing team sports, and I have long appreciated that we can accomplish so much more working together than apart. I have always enjoyed being part of a team, and that has certainly influenced my leadership style. I find that when people feel appreciated and that they are working not just for themselves but also for their coworkers, they work harder and produce higher quality results.

myGwork: How important is LGBTQ+ inclusion in the workplace to you?

Jonathan: Important is not strong enough a word. It is vital to feel totally accepted and welcome at your workplace. To go to a place day in and day out and feel like an outsider or that you cannot be yourself is devastating. In that environment, you are not going to produce your best work and likely will not stay very long. To get the most out of my employees, they need to feel comfortable, celebrated even.  LGBTQ+ inclusion is important not only for the LGBTQ+ employees but also for others to see it and even be a part of it. That has the added benefit of enhancing team cohesion and workplace morale all around.

myGwork: Why do you think there are so few out leaders in the workplace, and what more can organizations do to ensure more leaders who identify with LGBTQ+ are promoted into leadership roles?

Jonathan: There are so few out leaders because it has been seen as a career-limiting move to be “out” for many years. In the United States, it was illegal to be gay until only about twenty years ago, and gay marriage was only legalized nationwide in 2015. Typically it takes years to work your way into a leadership position, so those people in leadership roles today had to navigate a much different environment than what we are used to now. Change is happening, but it takes time.

The best way to lead in this case is by example. At the moment, only 3 of the Fortune 500 companies’ CEOs identify as LGBTQ+ and only 27 boards members out of a potential 6,000.  Tone always starts at the top, and I believe it has to start in the boardroom and the C-suite.  Platforms like myGwork go a long way in helping toward that effort.

myGwork: In your opinion, how important are LGBTQ+ allies at work?

Jonathan: I think it is important not only for the same reason lgbtq+ inclusion is important but also because it promotes team cohesion.

myGwork: How are you personally promoting inclusion in the workplace? What more can organisations do to promote LGBTQ+ inclusion?

Jonathan: I believe that something as small as openly supporting Pride goes a long way toward making your LGBTQ+ employees feel welcome and seen. In my city of Lafayette in Louisiana, we had our first ever Pride day this past June, and many of the Downtown businesses held activities to show their support. Those actions send a strong message not just to your employees but to the local community.

Above all, as noted above, tone starts at the top. The more LGBTQ+ people in the boardroom and C-suite, the more inclusive the organization will naturally become.

myGwork: What was the last book you read? Any interesting take-aways and would you recommend it to fellow leaders?

Jonathan: I just finished reading the first book in the Wheel of Time series by Robert Jordan for about the eight time. I first read it in 1998.  I have read through the entire fourteen book series about four times now. After reading about the changes made to the story for the Amazon Prime adaptation of the series, I decided to skip the show and re-read my favorite fictional series. A major theme of the series is handling extreme scenarios and remaining calm and in control while doing so. That theme might be what I appreciate most about the series. When faced with trying times or difficult circumstances, I innately grow calmer and more focused. It has helped me well in running a hedge fund. During the early part of the pandemic in March of 2020 when the market and our portfolio were down substantially, we made a series of difficult decisions that all proved so far to be the right ones. Our gains from that point in time have been substantial. We expect to benefit from the decisions made at that time for many years to come.

myGwork: What's your all-time favorite movie/show – and how many times have you watched it?

Jonathan: Picking just one movie or show is not easy. The first show that came to mind when reading the question is Mad Men, so I suppose that is the answer. I have watched it all the way through twice. The only other shows I have watched from start to finish twice are The Office (American version) and Parks and Rec. It is probably not an accident that all three shows take place primarily at a place of work and revolve around office dynamics.

myGwork: What's your most favorite holiday destination to date and why?

Jonathan: This is an easier question for me to answer. My favorite vacation destination is Sante Fe, New Mexico. It is a beautiful, charming city in the “Land of Enchantment” as New Mexico is called. It is also the oldest capital city in America, having been founded in the early 1600’s.  There is nice skiing and hiking nearby as well as historic landmarks within an hour’s drive, such as Bandelier National Monument with dwellings carved into the mountainside and evidence of human habitation going back 11,000 years.  It has a great art scene, including Meow Wolf, which is funded by Game of Thrones author George R.R. Martin, as well as Canyon Road, which is lined with art galleries. Most importantly, though, it is where I proposed to my husband on New Year’s Eve in our beautiful hotel room that had an adobe wood-burning fireplace and a balcony from which to watch the fireworks. We will be back many times and have discussed getting a vacation home there. 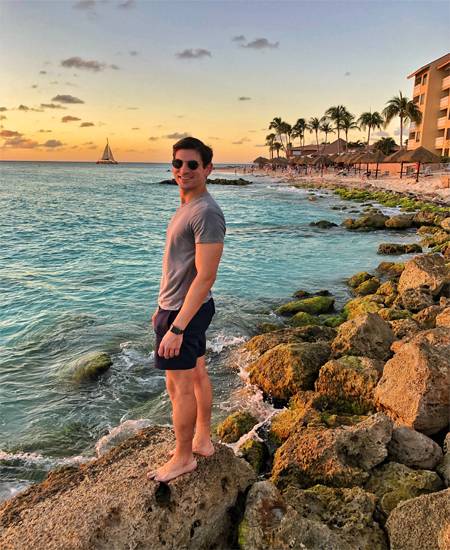 myGwork: What do you do to unwind? Which drink/cocktail helps you unwind most?

Jonathan: I enjoy making an Old Fashioned with bourbon, preferably Knobs Creek or Buffalo Trace, to unwind after a long day. My husband is a wonderfully talented interior designer who has done an amazing job with our home. There are few things I enjoy more than sitting next to him in our living room, drinking an Old Fashioned, and talking about our day, reading, or watching a show on our iPads.

You can find out more about Jonathan and connect with him here.

Check out some of myGwork's other recent Meet & Greet interviews, including: