The Methodist church has become the largest religious denomination in the UK to allow same-sex marriages, putting it at odds with the Church of England.

A move to change the definition of marriage won overwhelming support at the Methodist conference on Wednesday, with the first same-sex weddings in Methodist chapels expected in the autumn.

A freedom of conscience clause will allow ministers to opt out of conducting such weddings.

The Rev Sonia Hicks, elected as the Methodists’ first black female president at the weekend, said it was a “historic day for our church”. She urged people “to support each other respecting our differences”. 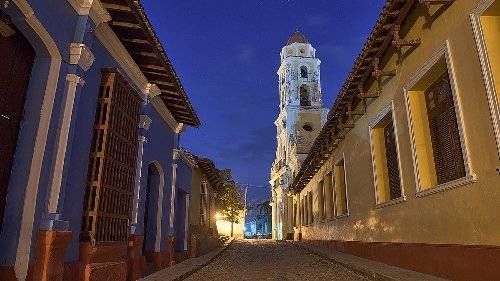 The Methodist church is the UK’s fourth-largest Christian denomination, with about 164,000 members in more than 4,000 churches. The vote to allow same-sex marriages was passed by 254 to 46 votes.

According to ‘The Guardian’, the motion required a change to the definition of marriage to be “a lifelong union in body, mind and spirit of two people who freely enter it”.

The conference also voted to recognise, accept, and celebrate the love and commitment of unmarried cohabiting couples.

Same-sex marriage is forbidden in the Church of England and the Roman Catholic church, but permitted by Quakers in Britain, the Scottish Episcopal church and United Reformed Church.

Jayne Ozanne, a campaigner for LGBT+ equality and a member of the C of E’s ruling body, the General Synod, said the vote reflected “the significant shift that there has been among Christian attitudes in England, and shows how so many people would echo the recent call of Bishop Paul Bayes to allow same-sex marriage in the C of E”.

Underlining the divisions within the C of E on sexuality, Andrea Minichiello Williams, of the conservative group Christian Concern, said: “God’s plan for sex is one man, one woman marriage ... Every church denomination – including Methodists and the C of E – should confidently proclaim this vision, rather than mirror the zeitgeist.”

After her election as president on Sunday, Hicks told the conference about her great-aunt Lize, who had arrived from Jamaica with her Methodist membership card only to be rejected from her local church because she was black.

“In a world where people are excluded because of their ethnic background, their sexual orientation, their gender or simply because, like me, they were brought up on a council estate, I believe that we are called to show God’s love for all people,” she said.