A Nevada state lawmaker came out as a pansexual in a floor speech of the state's Assembly on Thursday afternoon.

Sarah Peters spoke about the progress of the LGBT+ agenda in the state of Nevada before finishing her speech with a statement of her own personal sexual preferences.

“I rise in support of National LGBT Health Awareness Week. In the past decade, Nevada has made unprecedented progress in being a more equitable home for our lesbian, gay, bisexual, transgender, and queer community,” said Peters in the speech. 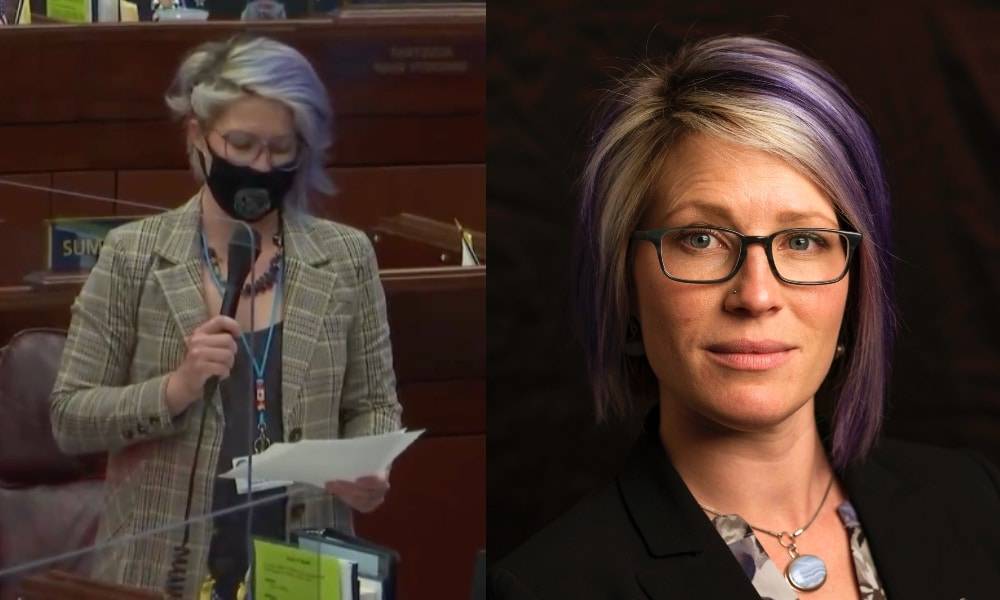 She went on to tout a report calling Nevada the best state in the union for people who are LGBT+.

“Today, as a pansexual cisgendered woman I stand out for equity and remind us to be inclusive in our LGBTQ+ community while we work to make Nevada a more equitable place for all," she concluded.

Numerous members of the Assembly applauded for Peters' statement.

According to ‘The Blaze’, the speech was tweeted out by the official account of the Nevada Assembly Democrats which praised Peters for her courage.

“We are incredibly proud of her courage and advocacy for #LGBTQ+ community!” they tweeted.

She followed up with a tweet voicing her fears about coming out as a pansexual.

“Hi. Being celebrated for my queerness is weird. Being bisexual and pansexual comes with so much guilt and questioning,” she tweeted.

“Am I queer enough? Am I gay enough?” she asked. “What if I end up heteronormative, am I straight? Y'all, we are all enough and worth celebrating!”

Peters is an environmental engineer who is married to a Marine combat veteran with three school-aged children. In 2018 she ran for the Assembly on a platform promising to protect the environment from the policies of the former Trump administration.

In Peters' campaign video from 2018, she includes photos of herself at a rally to protest the presidency of former President Donald Trump, while wearing a pink "pussy hat” popular among liberal activists.