Callum Sterling and Dale K Moran leaned into each other as they took a bite of either end of the chocolate egg. A voiceover says: “Sharers? Yeah, we are down with that.” 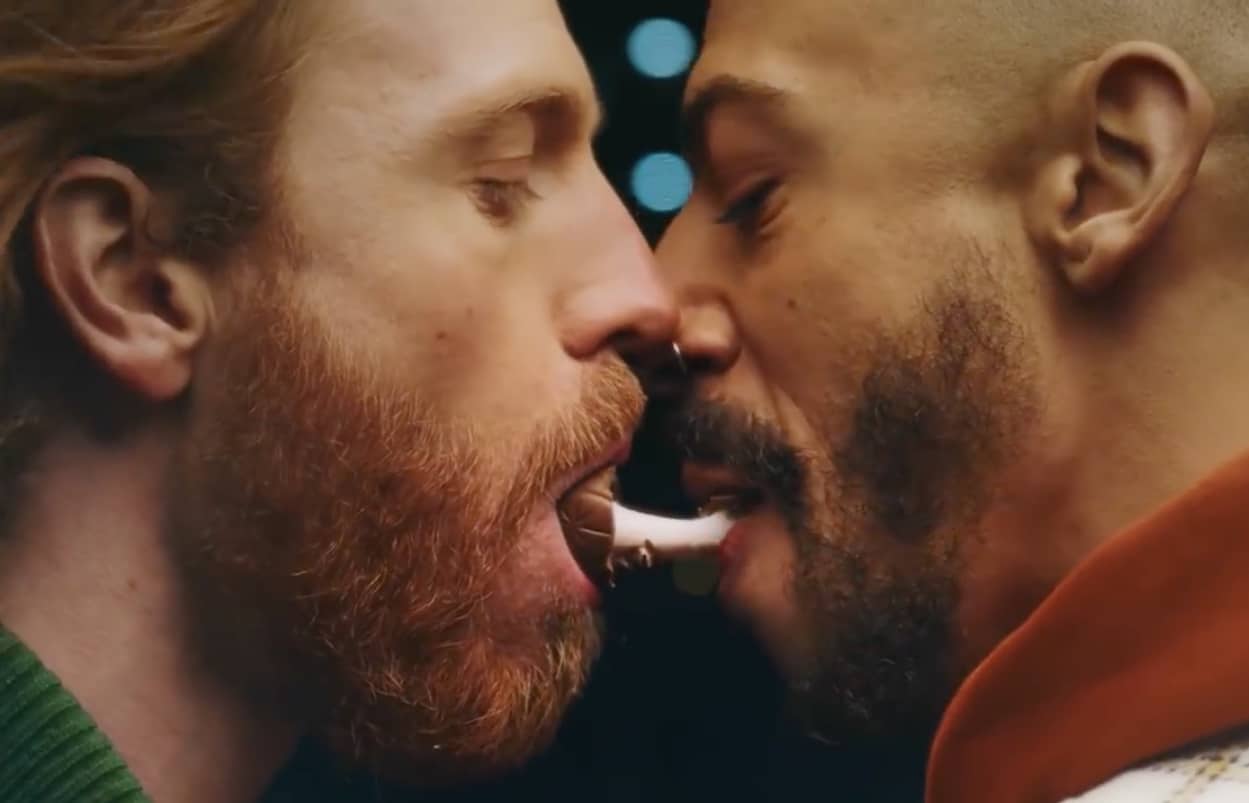 The advert celebrates “five delicious decades” of the different ways the Creme Egg can be eaten, from its use in baking to the debate between licking or biting. One woman in the video licks an egg while sitting on the sofa and another dips her finger into the gooey fondant.

Not everyone on social media was pleased about the very public display of affection, as one Twitter user wrote: “I love being gay, but no one needs to see two dudes f***hing a Cadbury creme egg. It's a bit much. Representation is one thing (and important) but this feels performative and exploitative. Like they wanted to use these gay men to create controversy so that people are talking about the product.”

Another said: "I am sick of seeing pictures of that Creme Egg advert with the gay couple. seeing people share food mouth-to-mouth disgusts me in the same way as people chewing with their mouths open. Thank you.”

One added: “Nothing at all against Cadbury using a gay couple in their creme egg advert but if anyone no matter your gender eats a creme egg like that you are horrific.”

Another wrote: “People are freaking out because a gay couple share and egg in a Cadbury advert, got to admit I am shocked too, NO ONE SHOULD SHARE A CREME EGG. They take 2 bites and am getting both!”

One wrote: “But who does that? I’m gay. There’s no way I’m sharing a creme egg. We get one each. I don’t want to see this crap. Just show them kissing if you want.”

The release of the ad comes after Cadbury revealed it had hidden 200 gold-covered Creme Eggs in shops across the UK which could be worth £5,000 to anyone who finds them, according to ‘Daily Mail’.

The chocolate maker has disguised the golden eggs in normal wrapping, and lucky winners will only know if they've cashed in once it's been unwrapped.

It's the fifth year in a row the confectionery giant has had a cash competition linked to the popular Easter treat -  but it's the first time they've covered the egg in edible golden dust.

In previous years the prize has been attached to finding elusive white chocolate eggs instead.

The limited edition golden goodies will be hidden in stores masquerading as the much-loved classic Cadbury Creme Egg for fans to uncover.

The gooey delights have been given a golden touch with the delicious Cadbury chocolate shell covered in gold dust, and filled with that familiar fondant goodness.

More than 200 million Creme Eggs are sold in the UK alone every year - meaning there's only a one in a million chance of grabbing the cash prize.

The in-store promotion will run until Easter Day, which is 4th April this year.

The winning eggs will be randomly distributed across the UK and hidden in newsagents, corner shops and small supermarkets.

This means shoppers may find them in  Sainsbury's Locals, Tesco Express stores and Co-op branches in both multipacks and individuals.

If you manage to get your hands on one of the winning treats, call the number on the voucher inside the foil wrapping to claim your prize.

One of the best selling Easter treats in the UK, more than 500 million Creme Eggs are made every year, one third of which are sold overseas.

Watch the ad below: