Nowa Dęba has become the first town in Poland to withdraw one of the resolutions declaring opposition to “LGBT ideology” that have been passed by many municipalities. The head of the local council says it has been “exploited” to damage the town’s reputation.

In July 2019, the council in Nowa Dęba – a town of around 11,000 in southeast Poland – adopted a resolution pledging to “defend against aggressive, deceptive and harmful LGBT ideology” and “homo-propaganda”.

It was one of around 100 local and regional authorities – often under the control of the nationally ruling Law and Justice (PiS) party – to adopt anti-LGBT+ resolutions. Over half of them refer to “LGBT ideology” (though none explicitly call themselves “LGBT-free zones”, a term often used by activists and the media). 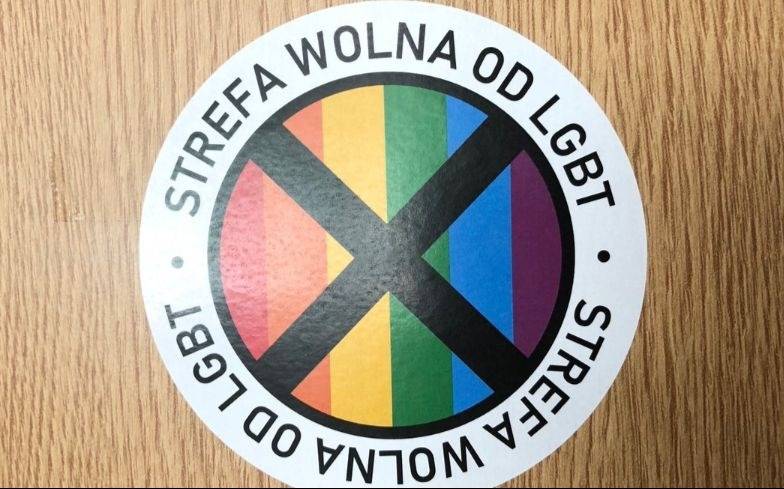 Most of the remainder have passed so-called “family charters” that do not directly mention “LGBT” but do reject same-sex marriage and promise to “protect children from moral corruption” – language often used to suggest that the LGBT+ movement is a threat to Polish youth.

As a result, some of those localities have seen funds from the European Union and Norway Grants withdrawn, while others have found that partner towns in western Europe want to end cooperation.

Nowa Dęba experienced such a situation last October, when the town of Fermoy in Ireland decided to end its twinning agreement due to its Polish counterpart’s anti-LGBT+ declaration.

In response to Fermoy’s decision, the mayor of Nowa Dęba, Wiesław Ordon, called criticism of his town “fake news”. He noted that it had not declared itself an “LGBT-free zone” and that its resolution on “LGBT ideology” has no legal effect.

“I tried to explain to our partners [in Fermoy]…that our community is full of tolerance and devoid of discrimination…against anyone on the basis of sexual orientation or other characteristics,” wrote Ordon.

“We will continue to undertake measures to prevent any behaviour discriminating against any minority, including LGBT people,” the mayor continued. “This is because of the values of respecting the rights of others and the risk of losing financial support from the EU.”

Last week, however, the Nowa Dęba town council finally decided to withdraw its anti-LGBT+ resolution – becoming the first in Poland to do so, according to ‘Notes From Poland’.

The news was first reported by Bartosz Staszewski, an activist who has become known for placing “LGBT-free zone” signs outside localities that have passed such declarations. He celebrated the fact Nowa Dęba had withdrawn its “disgusting resolution”.

Now, local newspaper Tygodnik Nadwiślański has confirmed that the council voted to repeal the resolution. Out of 15 councillors, ten voted in favour of withdrawal, one abstained, and the remainder did not participate.

The head of the council, Damian Diektiarenko of PiS, suggested that the resolution has been misunderstood and exploited to harm Nowa Dęba’s reputation.

Last year, councils in two other towns that have passed anti-LGBT resolutions – Kraśnik and Świdnik – voted against repealing them.

In September, the district of Sztum voted to withdraw a family charter (that did not directly mention LGBT+) because councillors said it discriminated against single parents or unmarried couples raising children, reports TVN. The town of Tomaszów Mazowiecki did the same in November over fears it could lose Norway funds.

In some cases, Polish courts have also declared anti-LGBT resolutions to be in violation of the constitution, though others have rejected such arguments.

Poland’s government – which has led a vocal campaign against “LGBT ideology” – has pledged to support municipalities that lose funding due to anti-LGBT+ declarations. Last August, the justice minister handed a cheque to one such district to compensate it for being excluded from the EU’s town twinning programme.

A Country Divided by Violent Politics: LGBTQ+ Rights in Poland