The Met Gala is back for the first time since 2019. With the theme of “In America: A Lexicon of Fashion” and all guests required to show proof of Covid-19 vaccinations, the evening featured political messages, LGBTQ+ statements and more. Here are our favorite LGBTQ+ looks: 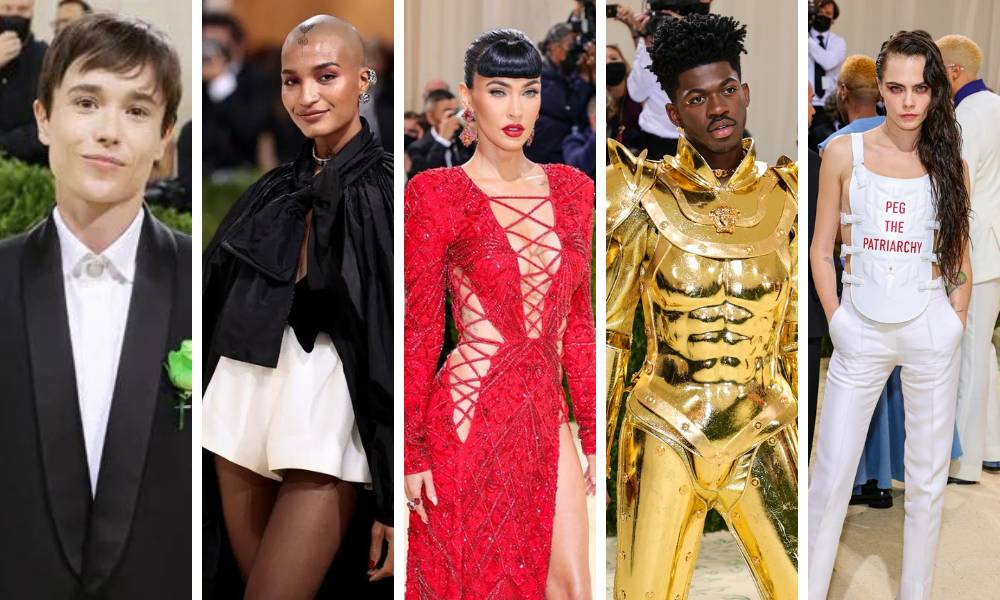 The years Met Gala was Elliot Page’s first red carpet appearance since coming out as transgender last December. He wore a Balenciaga suit paired with sneakers and a green brooch. With the brooch thought to be paying homage to queer history. 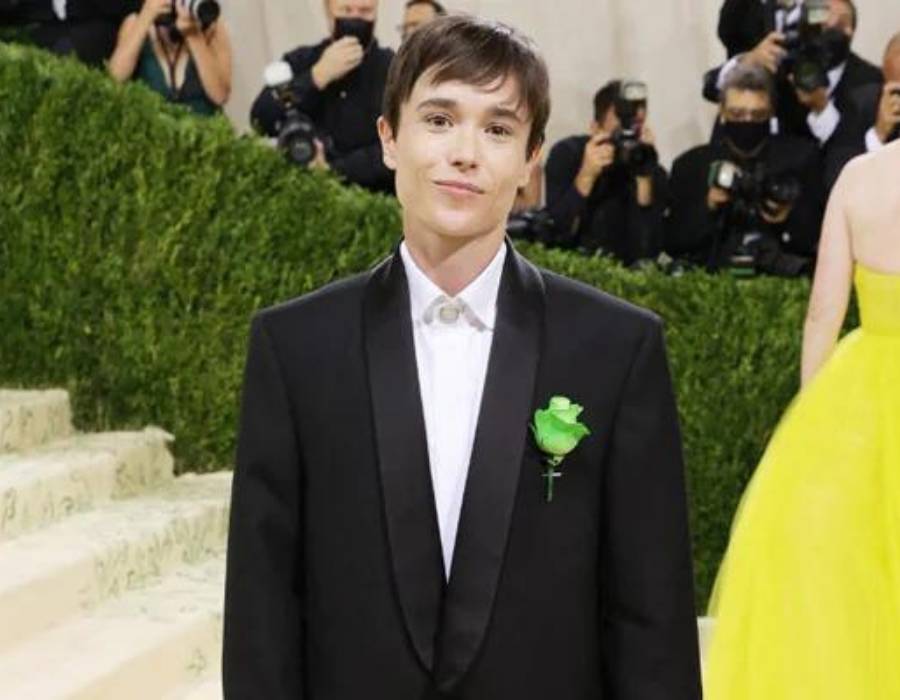 Cara Delevingne made a statement with her look designed by Dior’s Maria Grazia Chiuri. The 29-year-old model and actress wore a white bulletproof adorning the phrase “Peg the Patriarchy.”

“If someone doesn’t know what this means, you’re gonna have to look it up,” Delevingne explained to Vogue correspondent Keke Palmer.

“It’s about women empowerment, gender equality — it’s a bit like, ‘Stick it to the man,'” she offered. 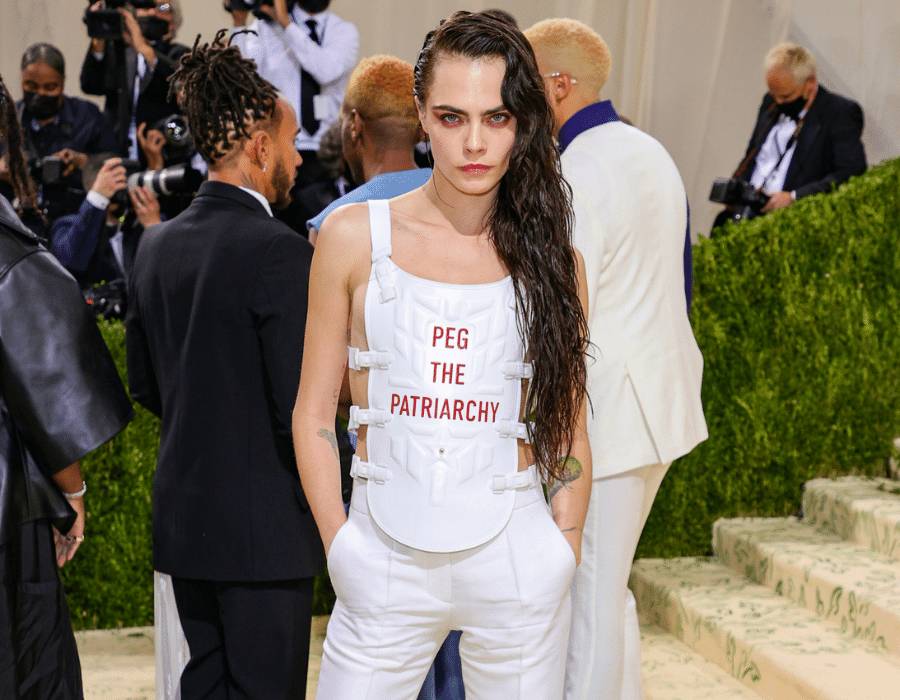 Hunter Schafer, the 22-year-old Euphoria star turned head on the red carpet in a Prada set, paired with white contacts and a silver headpiece. 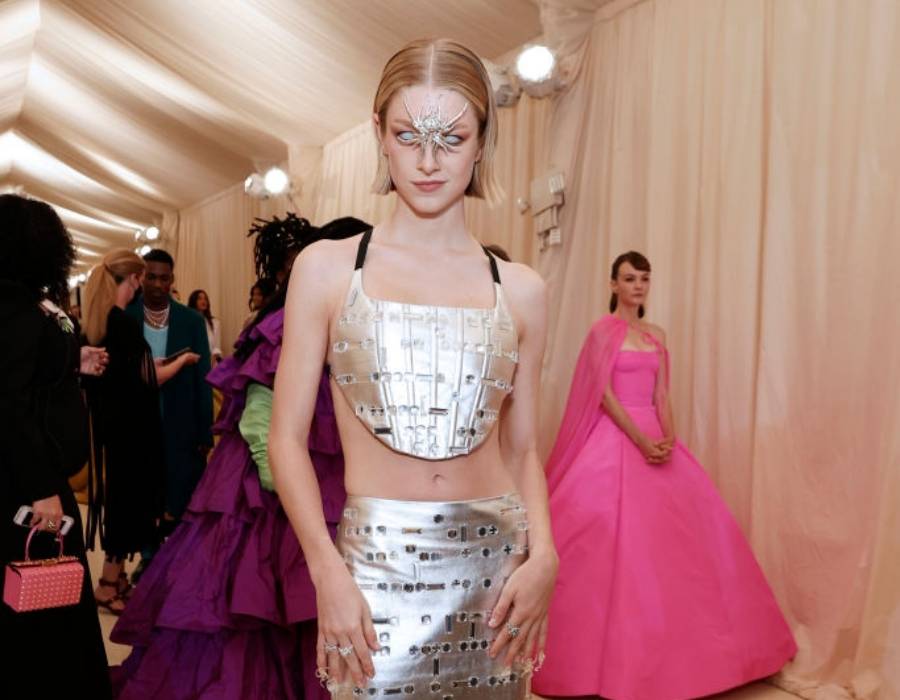 The actor, model and activist looked incredible. Best known for their role as Angel Evangelista in Pose they were named one of the most influential people of the year 2019 and stars in the recently released blockbuster movie Escape Room: Tournament of Champions. 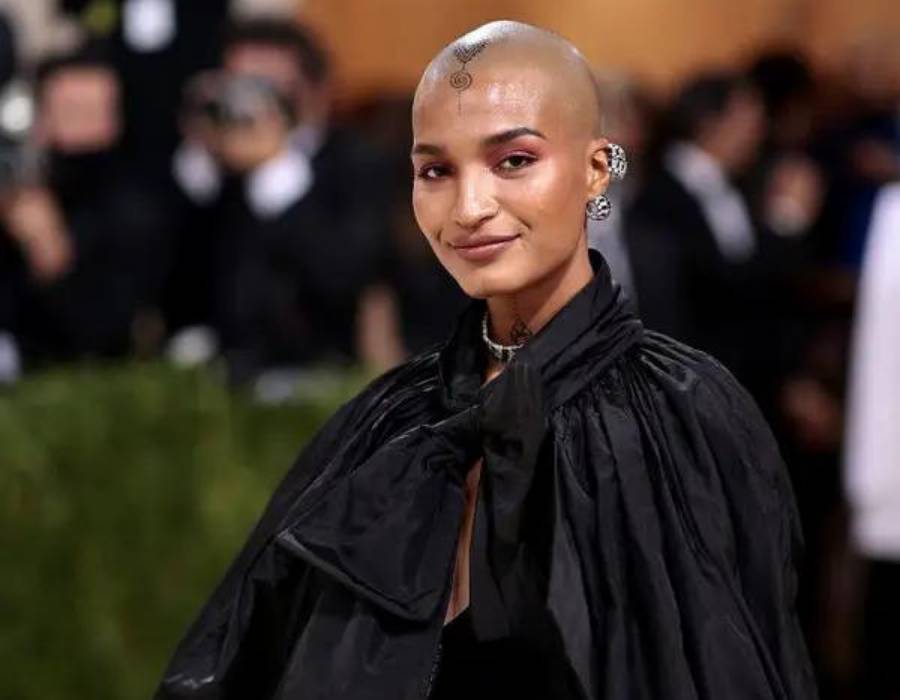 Bisexual icon, Megan Fox wore a stunning red lace-up dress by Dundas with a high leg slit to this year’s Met Gala. "I'm not afraid to be sexy,” Fox said on the Met Gala live stream. “A woman who is intelligent and also knows how to weaponize her beauty… there's nothing more dangerous than that. There's nothing more powerful than that." 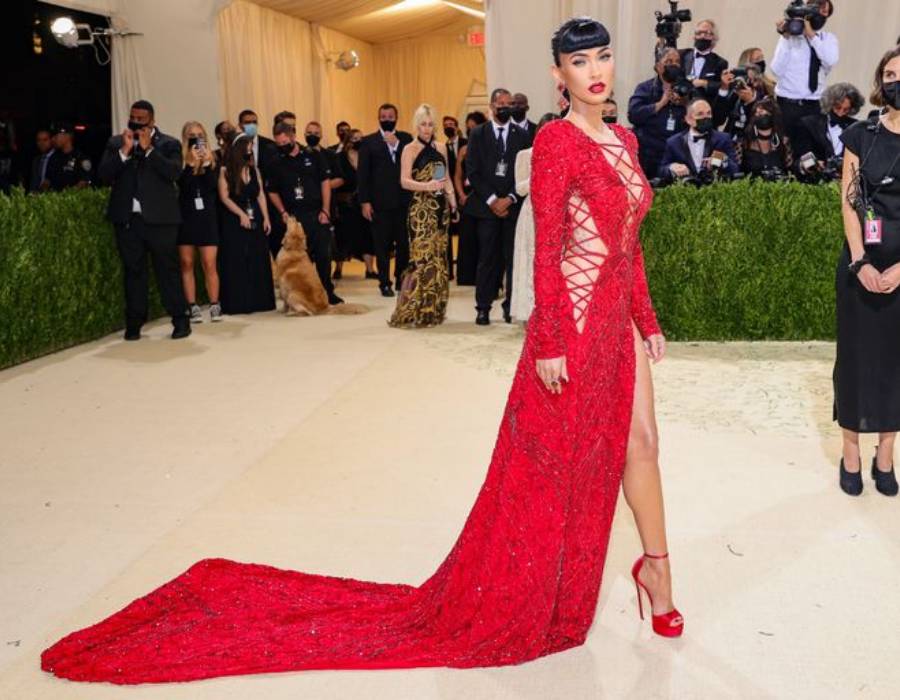 NikkiTutorials wore a stunning dress which honored Marsha P. Johnson. The YouTube star, who came out as transgender last year, looked gorgeous in a chiffon dress and flower crown evoking the style of Johnson. Plus, the dress was emblazed with a quote from Johnson: “Pay it no mind.” 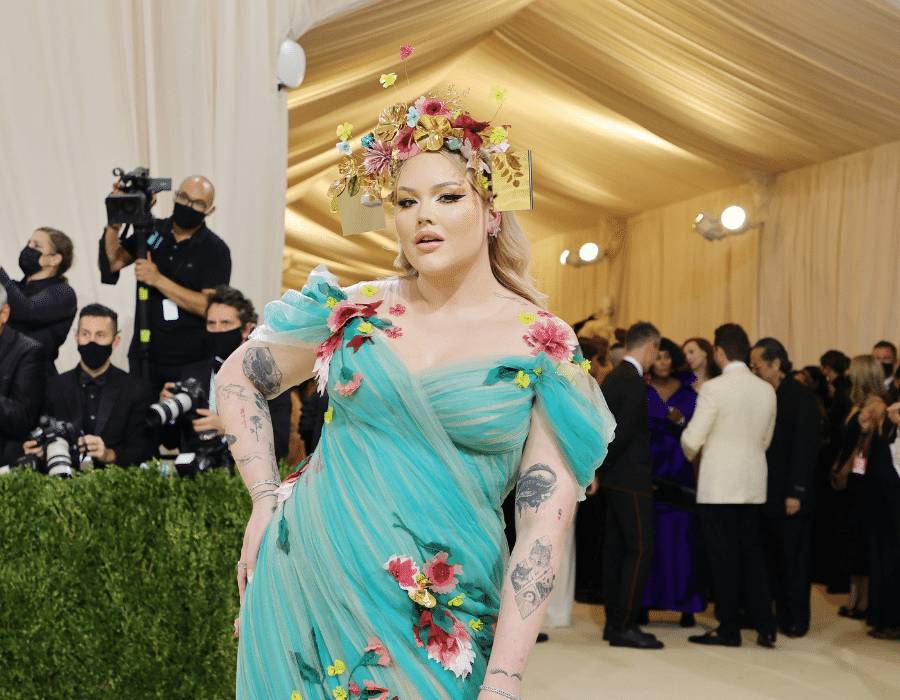 Lil Nas X had a busy weekend, winning video of the year for Montero (Call Me By Your Name) at the VMA’s and pulling off not one, but three looks on the Met Gala red carpet. The dramatic three-in-one look was custom-designed by Donatella Versace, for his first – likely of many – Met Gala appearances. 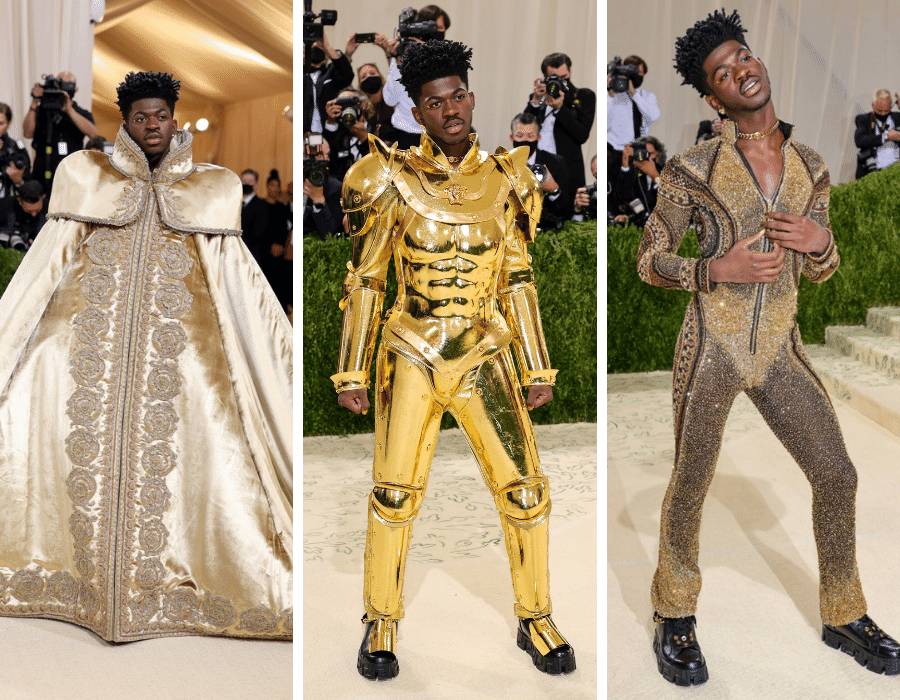 Arguably the strongest LGBTQ+ ally of the moment, Alexandria Ocasio-Cortez (AOC) did not disappoint. Delivering a strong political message, her white dress had the words “Tax the rich” in red lettering, wearing this message around some of the world’s richest elite celebrities. The dress was also borrowed from a sustainable brand, Brother Vellies, and created by Black designer Aurora James. 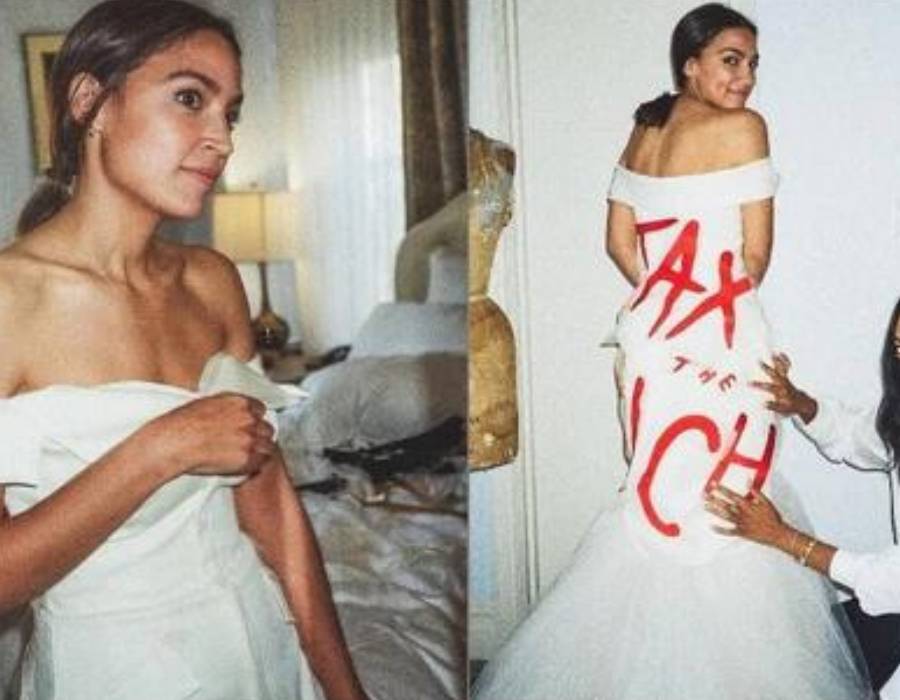 The Schitt's Creek star, Dan Levy used the opportunity to make a statement for the LGBTQ+ community. His blue Loewe’s Jonathan Anderson and Cartier celebrates “the resilience and the love and the joy” of the LGBTQIA+ community.

“I’m a pretty introverted person, and I tend to avoid big parties, so this is really taking a big step out of my comfort zone,” Levy shared with Glamour. “And I just keep saying to everybody, ‘I don’t know anyone there. Am I just going to be that person in the corner that’s just watching people and not talking to anyone?'" 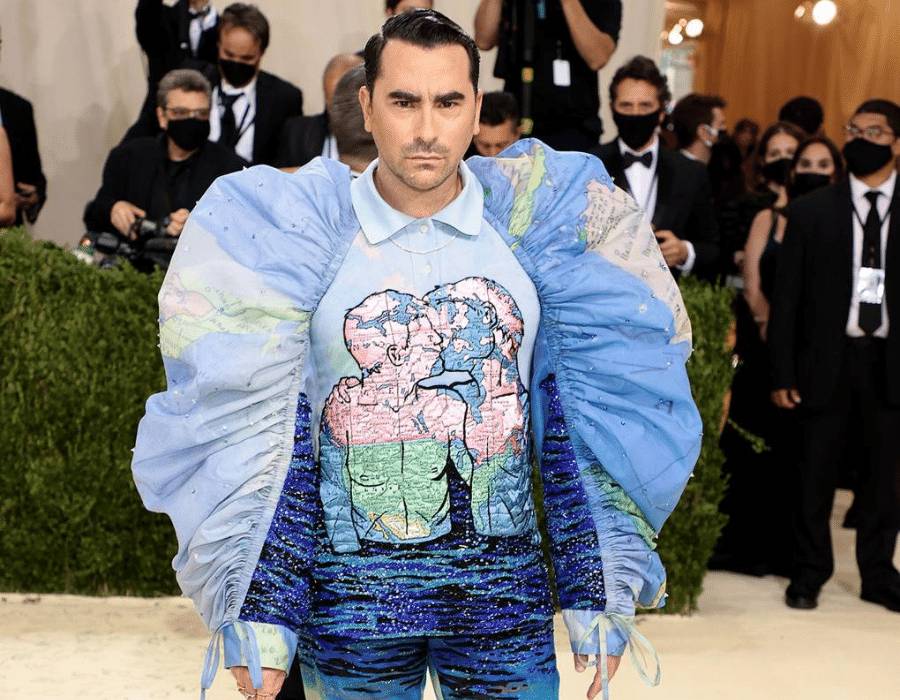 Star of Riverdale, Lili Reinhart wore a Christian Siriano dress featuring a flower from every state in America. The actress came out as bisexual in June last year sharing her story "Although I've never announced it publicly before, I am a proud bisexual woman," and using the opportunity to draw attention to LGBTQ+ Black Lives Matter.