Queer Parivaar is a beautiful work of art, made with love, that fills your soul with joy.

Queer Parivaar is a short narrative film based on an interfaith wedding of a queer couple, Madhav (Shiva Raichandani) and Sufi (Raimu Itfum) who are forced to face past secrets as a result of a mysterious person crashing their wedding. This film is a celebration of both intersectionality and what it truly means to be queer. It invites audiences to question their definition and imageries of the words: family & love. Queer Parivaar respectfully highlights non-binary identities, familial bonds, chosen families, interfaith romance, LGBTQ+ weddings and intergenerational ties.

Shiva Raichandani (Director, Writer and Lead Actor of Queer Parivaar) & Darius Shu (Cinematographer & Producer) – superbly depict the beautiful colours, vibrancy and the feeling of happiness throughout the movie.The strong and important relationship between Madhav and Sufi is clear and this is thanks to the wonderful acting by Shiva & Raimu. The film symbolises freedom, acceptance and was so liberating to watch. 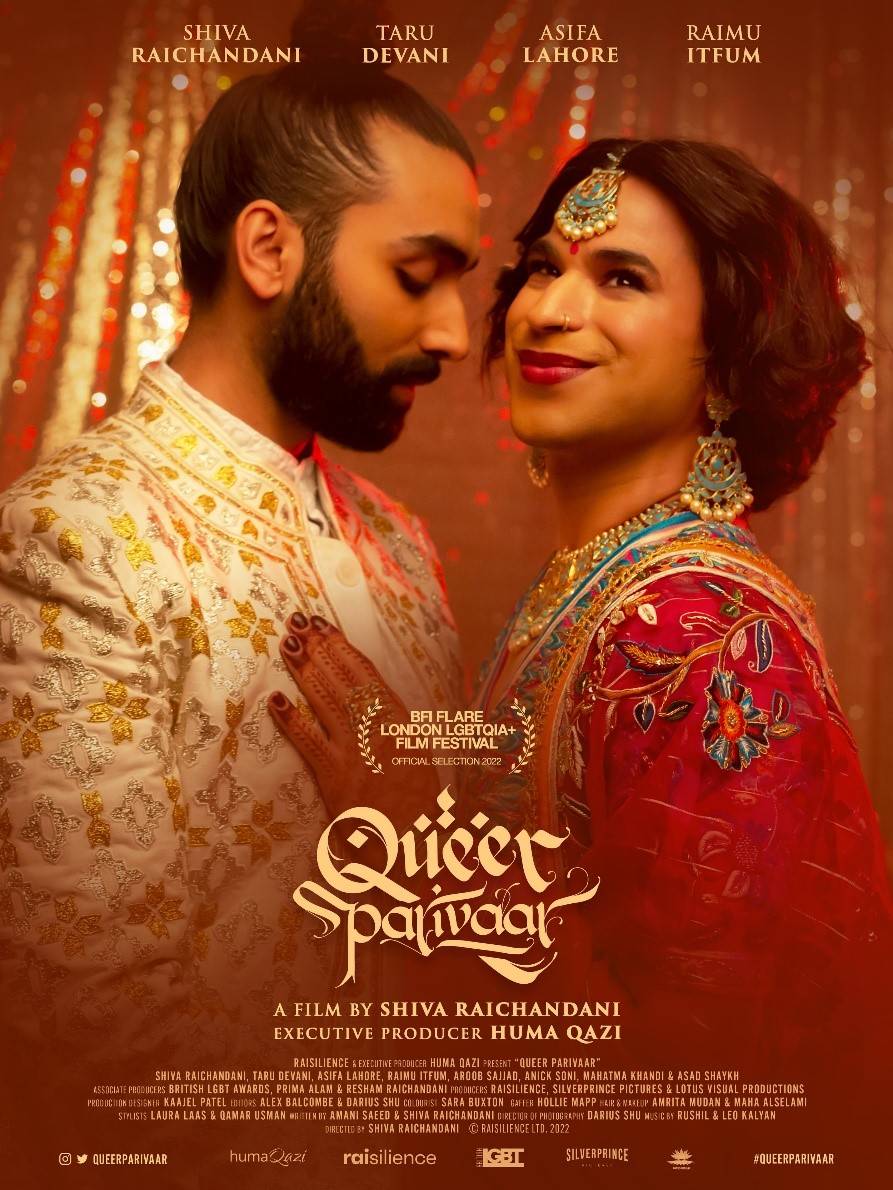 Unfortunately, there is not enough positive representation of South Asian LGBTQ+ identities in the world and, Queer Parivaar, has developed a much-needed platform for this community to shine and be celebrated. In fact, the film created jobs for over 120 artists from the global majority, 90% of whom identify under the LGBTQIA+ umbrella, with age ranges from 6 to 70. The core cast comprises of people who identify as trans, non-binary, bisexual, lesbian, gay, intersex, queer and/allies of the community. In fact, the film prompted one cast member to share how excited she is to celebrate her own Queer son's wedding.

They also have local icons like DJ Ritu, Asifa Lahore, and Anick Soni as part of the cast. Queer Parivaar was recognised as an Official Selection for 2022 by BFI Flare London LGBTQIA+ Film Festival.

Queer Parivaar has created original Desi LGBTQ+ music that fuses two cultures together seamlessly. The original soundtrack features incredible artists like Rushil, Abi Sampa (The Voice), Leo Kalyan, MNEK (Grammy-nominated), and Bombay Jayashri (Oscar-nominated).
Queer Parivaar was financed through several crowdfunding campaigns with over 150 donors worldwide, and an executive producer, Huma Qazi.
It truly is a film for the community, by the community.