The drag superstar and budding supermodel made the announcement Sunday on her Instagram page, sharing a video she made while recovering from facial feminization surgery.

“Almost eight months ago, in January, right at the beginning of the year, I decided to begin the process of hormone replacement therapy, which [...] is the process of taking estrogen and testosterone blockers, differing on the person, as a means of bringing in the woman and pushing out the man,” she said. 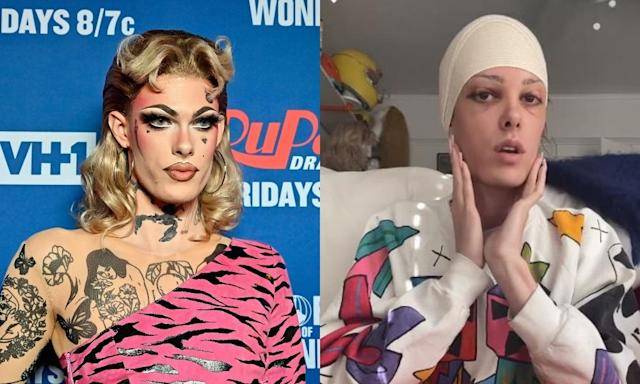 According to EW, she later confirmed that she identifies “as a trans-nonbinary person” who uses she/her pronouns, and that she's in the process of legally changing her name to Gigi.

The performer said it was “so crucial” for her to have time in isolation throughout the pandemic to give her time to think and reflect on her identity after she came out as gender fluid on season 12 of Drag Race back in 2020.

“It was a realization that I didn't have much time to process as the episodes were airing. I think, if the world hadn't shut down and I was going on tour, I wouldn't have been able to process it further because of the sheer fact that I had this much time to myself and to my thoughts. I had a lot of realizations,” she continued. “One of those realizations came from watching the show Veneno, which, to some of you may sound lame, but the story and not only the story but the characters and the actresses who played the characters in that show completely opened my mind up to who I am and I guess who I'm supposed to be. To me, that is a trans-nonbinary person.”

Gigi stressed that she wasn't trying to keep her fans in the dark about the process, but she needed to take the necessary steps in private because she knows “the influence that strangers on social media have on these types of situations.”

“I knew when I started I wanted this to be a journey I was going on by myself, on my own, without any input from the outside world,” she finished. “The only people that really knew that I was going through this were me and my mom and my close friends living across the street, which is exactly the way that I wanted it, up until this point.”

After her time on the show, on which she finished as a runner-up before Jaida Essence Hall took the crown, Gigi walked the runway for Rihanna's Savage x Fenty show in late 2020, and appeared in a print campaign for Moschino alongside season 13 winner (and Gigi's close friend from the House of Avalon artist collective) Symone earlier this year.

‘13 Reasons Why’ Star Tommy Dorfman Comes Out As Trans

Ezra Furman Comes Out: “I’m a Trans Woman and a Mom. This Is Possible”