The four-minute short, When Harry Met Santa, features a gay love story. And it ends with a recognition that it is the 50th anniversary of the country’s decriminalization of homosexuality. 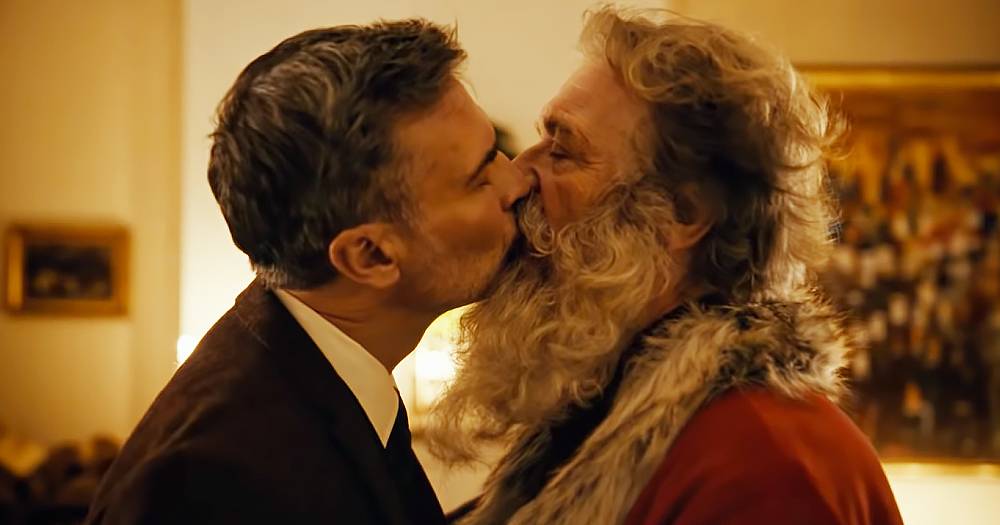 “It has been a dark year for everyone – A global pandemic, code red for our planet, refugee crisis and more,” Monica Solberg, Posten’s marketing director, told LGBTQ Nation. “Perhaps what we need this year is a warm and heartfelt love story? A celebration of the fact that we can love whomever we want in Norway, despite everything bad that happens around the world.”

It’s love at first sight for Harry and Santa, but as the years pass they both want more than one brief moment a year to spend together.

Every year Harry wears his best outfit and waits for Santa. And every year, Santa pops out of the chimney bearing gifts for his loved one. And for the rest of the year, Harry is left alone and lonely until Christmas again.

Until that is, Harry sends Santa a letter at the North Pole.

“Dear Santa,” the letter reads. “All I want for Christmas is you.”

Harry gets his gifts in the mail that year. And Santa gets even more than that.

The spot ends with the message that “In 2022, it will have been 50 years since it became legal in Norway to love whoever you want.”

Posten’s previous holiday videos have been humorous and dramatically different from this year’s love story. In 2019, Posten joked about whether or not the Virgin Mary was actually a virgin, and in 2020 they parodied Donald Trump’s crazed tweets.

“Posten is an inclusive workplace with great diversity, and we would like to celebrate the 50th anniversary with this fine love story. In last year’s campaign, Santa was angry at Norway Post, which took away from him the ‘business’ – this year, Santa is happy that Norway Post can relieve him a little, so that he can be with the one he loves.”

“As always,” she continued, “the main goal of the campaign is to show that Norway Post never stops renewing itself. In addition to showing the flexibility of our services, we want to put it in a socially relevant setting, with themes that are important for the society around us and for us at Norway Post.”

“There will certainly be some negative reactions from some environments, but we are prepared to deal with that.”

Solberg rejected the notion that the spot mixes politics with Christmas, saying, “The right to love whoever you want is a fundamental human right, and is not considered a political issue in free democratic societies in 2021. Norway Post has connected people for 375 years, and will continue to do so regardless of orientation or gender identity.”