Trans people have always existed. This should be a basic statement, a fundamental truth, not controversial politics. Yet, in the world today even a statement as simple as acknowledging the existence of trans identities can too often cause a wave of turmoil and hate. This is because trans history is commonly erased, their very existence trampled on and the fight for their human rights blocked and dragged backwards at every turn. Trans people were paramount in the fight for LGB equality, yet their rights seem to be left behind. We can no longer accept a society that does not protect trans lives and part of that is uplifting and sharing trans history, whilst also ensuring we create a future where trans lives are celebrated and can thrive.

Transgender and non-binary identities are often discussed in the mainstream media as if they are a new phenomenon, a product of the modern era pushed upon our youth. Yet, this could not be further from the truth. Take Sumerian and Akkadian texts from 4500 years ago that document transgender priests known as Gala. From the same time in Europe, we can find graves of transgender and third-gender individuals. In Ancient Greece, there were records of Galli priests that many historians today believe to be transgender women and numerous cases of women who “passed and lived as men” to vote, fight or study. There was even Elagabalus, the Roman emperor who ruled from 218 BC to 222 BC while wearing women’s clothing, preferring to be called a Lady (not a Lord) and tried to find a way to medically transition. On the other side of the world, Hijras on the Indian subcontinent have been recorded in ancient texts living as a trans-feminine third gender alongside male trans figures for thousands of years, with half a million Hijras still living in India today. It wasn’t until the British arrived in India that many attitudes towards Hijras changed from celebratory to discriminatory. Similarly, across Arabia, Khanith is a third gender that has been documented since 600 BC and still exists today. Across the Americas before colonization by Europeans many native communities honoured third gender people, or those whose gender identity transcends the binary, with social and ceremonial activities surrounding them and their gender expression. The truth is, before colonialism transgender identities were not only visible across society, but often celebrated and the only reason we are led to believe that trans identities are a new phenomenon is because their history has been erased. 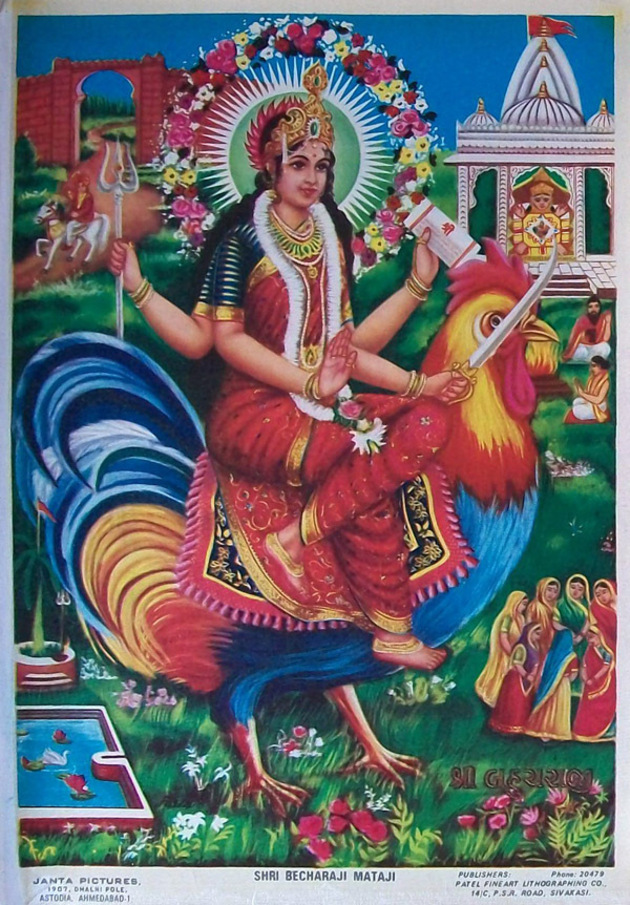 Bahuchara Mata, considered the patroness of the hijra community

Not only do we have historical records that show gender has never existed in a fixed binary form, but scientists around the world have also confirmed this. Scientists continue to argue that gender is not binary, but “a spectrum of biological, mental and emotional traits that exist along a continuum.” This is backed by countless scientific studies across fields such as biology, endocrinology, physiology, genetics, neuroscience, and reproductive science which have confirmed that sex and gender exist on a spectrum for both humans and across the animal kingdom. This means that the “gender binary” that is often cited in transphobic arguments is not medically or scientifically accurate. This is what motivated over 1600 scientists to sign an open letter to Donald Trump condemning his proposal to treat gender as binary and fixed, stating that “This proposal is fundamentally inconsistent not only with science, but also with ethical practices, human rights, and basic dignity.” 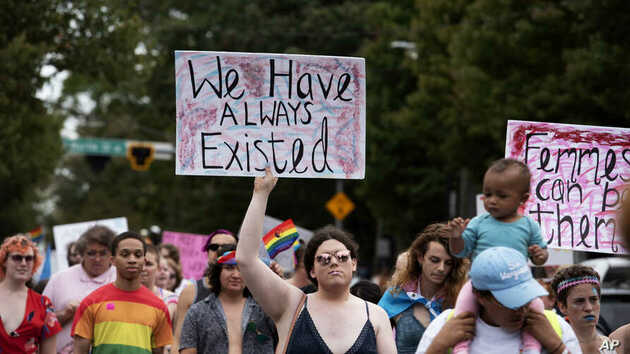 The existence of trans and non-binary people is an indisputable fact. Yet, it is one that still today is debated and weaponised. The progress of trans rights drag behind those of LGB people, even though all LGBTQIA+ people owe their current liberation to the fight of trans people, mostly trans people of colour. Stonewall and the revolution that followed, sparking a hunger for LGBTQ+ freedom, could never have happened without Marsha P. Johnson and Sylvia Rivera who were fundamental in the battle for equality. Sylvia was a transgender sex worker, at times homeless and Marsha, although the language was different at the time, is thought would have identified as gender fluid or transgender and was a performer at the Stonewall Inn. Sylvia was also one of the first members of the Gay Activists Alliance (GAA) joining in 1970 and helping them to become a legally recognised corporation. In 1972 the GAA spun off to fund the Lambda Legal Defence Educational Fund, which twenty years later then launched the first-ever legal battle for marriage equality in America. For the next two decades, Lambda Legal was instrumental in pushing for marriage equality with their attorneys on the frontline. All of which would not have been possible without Sylvia, however her name is hardly mentioned as the GAA cut ties with her as they didn’t want to be associated with “street people.” Sylvia then went on to team up with Marsha, as they opened a homeless shelter for street kids, the two declaring “You people run if you want to, but we’re tired of running.” However, Sylvia was increasingly ostracised from the Gay Liberation Movement and then banned from speaking at the 1973 Pride celebration, yet she spoke anyway telling them “I have been thrown in jail, I have lost my job, I have lost my apartment for gay liberation, and you all treat me this way?” while the crowd booed her. The following year gay activists removed the clause regarding trans protection from an anti-discrimination bill they put forward to city council. Today, both Sylvia and Marsha are commemorated with a monument in New York City, yet they both died before this turnaround. Sylvia wrote in 2001 just a year before her death “I have nothing to be proud of except that I’ve helped liberate gays around the world. I’m still sitting on the back of the bus, still struggling to get kids into proper housing, and to get them education, to get them off drugs.” 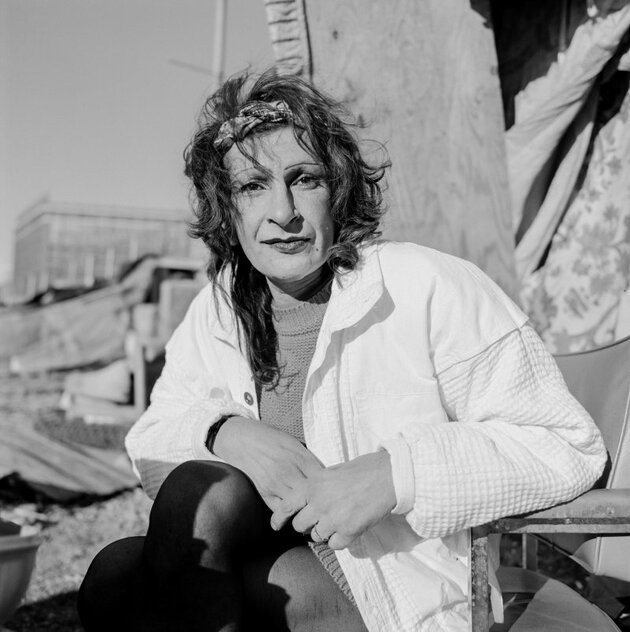 Today, over 50 years after the Stonewall uprising, much has changed, but the battle for transgender rights is still as needed as ever. In America, Trump has spent the last four years rolling back transgender rights, including putting forward a rule that could see transgender people banner from single-sex homeless shelters, reversing Obama-era health protection for trans patients and rolling back protections for transgender prisoners. Although the soon to be appointment democratic party have made promises to change this, we will still need to work to hold them to this. In the UK, it is still incredibly hard for transgender people to change their gender marker legally, and there is no option for non-binary people. The media commonly prints transphobic headlines, articles and opinion pieces and many mainstream public figures spout transphobia. Much of this is analogous to what was said about LGB people in the 80’s as Shon Faye, comedian and writer explains “Today’s anti-trans rhetoric looks a lot like old-school homophobia. Like our gay and bisexual siblings in the past, trans people are now being told that simple rights – such as changing our birth certificate by making a statutory declaration – are part of an agenda to dismantle the rights of cisgender women or children… In the absence of evidence that trans rights encroach on anyone else to their detriment, a stark parallel emerges with the rhetoric that was used to stymie the gay movement.” Across the world violence and discrimination towards the trans community is still rife, along with disproportionate rates of mental illness, homelessness and poverty. 20-year-old Amelia told the BBC "The trans community does stand together, so when one part is hurt somewhere, it feels like we are impacted everywhere. Hopefully it will make people realise that we aren't just some scary people to be debated in the newspapers. We're real people and this hate has caused people to lose their lives.”

Our history is important and if we don’t know what has come before us it makes it impossible to prevent history from repeating itself. The fight for trans equality has to include everyone standing against hate, just as trans activists have spoken up for others in the past. Trans Awareness Week is a vital tool of bringing widespread attention to the violence against the trans community, but we need to keep this going all year and vow to protect trans lives at all costs. Activist and writer, Raquel Willis explains the duty we all have as allies “#TransAwarenessWeek is important and all, but don’t just be engaged for one week a year and don’t just think that being “aware” is enough. Learning about the complexities of the trans experience (and everyone’s gender experience) is an ongoing journey and all of us have a duty to create a world with less restrictions on expression. The fight for trans liberation is inherently expansive, it necessitates a liberation of those outside of the trans experience. And we need folks to not just be “aware,” but to be about the action of creating a more expansive world.” 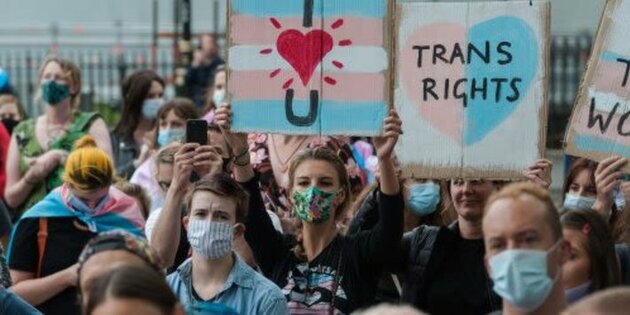