Congratulation on being Shortlisted for the Top 10 Network Group (ERG) 2021, what does this nomination mean to you?

Erik: It’s such an honour to be shortlisted for this award.  We’ve been a sponsor of the British LGBT Awards and attended for years, and it’s so inspiring to hear about the work that everyone is doing in their own organizations to promote LGBT+ equality and acceptance.  I look forward to being inspired again at this year’s ceremony! 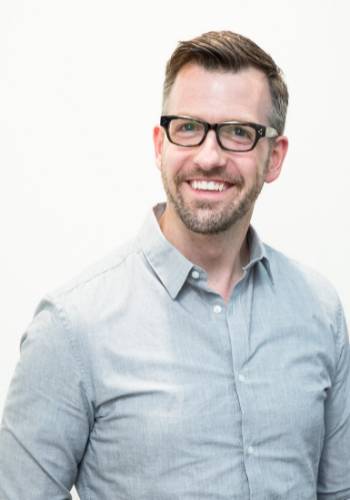 What have been the reactions of your colleagues around your nomination?
Matteo: The leadership team was particularly proud of this achievement, as we have been on a path of transformation in the past few months, and everyone has worked so hard to produce more educational content that can help and inspire the team.

Can you tell us more about Proud?

Erik: Proud is our LGBT+ Employee Resource Group.  We support our LGBT+ employees, train all employees to be allies to the LGBT+ community, and work with other ERGs and the business to raise awareness of LGBT+ issues, advise on programming, and support HR on inclusive policies.

What are some of Proud's best accomplishments so far?

Erik: I am particularly proud of how ViacomCBS has communicated its commitment to Trans Rights.  We were one of the first media companies to adopt gender neutral toilets, a Transition at Work policy, and sign an open letter in support of Trans Rights with InterMedia UK. They’ve really listened to Proud and made it a priority to make sure any trans or non-binary employees or potential employees is safe and respected.

How was the network started?

Erik: When we launched employee resource groups in the UK in 2012, I was initially disappointed there wasn’t an LGBT+ specific group, so I reached out asking about it. After a couple of months of back and forth, I’d made my case, and was asked to lead the group – something I wasn’t expecting or prepared to take on!  But I’m glad I had the opportunity to step up because it’s been so rewarding to see the impact we’ve been able to make in the company and the wider community.

What role do ERGs play in creating an inclusive workplace culture?
Matteo: ERGs can remind key stakeholders in the company that representation is key, and that we need to cater for all experiences. Starting the right conversations takes people a long way, and internal changes easily trickle down onto external consumers, affecting the whole of society. 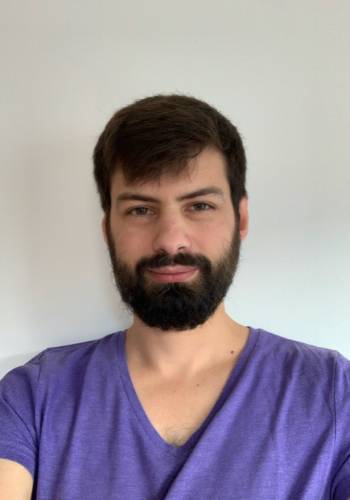 What do you think are some of the obstacles faced by organisations in driving LGBTQ+ equality in the workplace?

Erik: It’s particularly challenging to avoid having blind spots.  Our leadership team, like many others, sometimes lacks diverse voices and perspectives. We’ve found that by working closely with other ERGs, we can eliminate those blind spots.  This also has the added benefit of creating fierce allies without trying too hard!  By working with other ERGs, we have started thinking intersectionally about programming, and so have they.  For example, every event we host, we think, “What voice is missing here?” and try to fill that gap by pulling in resources from another ERG.  Our Women+ group, Parenthood group, and Fusion (which celebrates cultural diversity) have done the same, which in turn means pulling in an LGBT perspective where they wouldn’t have thought to do so before.

What are the key elements for a trans inclusive workplace?

Erik: Trans inclusion needs to be a priority from the top down.  We had been talking about trans and non-binary inclusion for some time, but it wasn’t until our Executive Sponsor attended the Stonewall Workplace Seminar that real action started happening.  If you can make sure that your senior leaders understand the need, then everything else should fall into place.

What do you see as the role of allies in creating workplace equality?

What advice would you give to someone wanting to start an LGBTQ+ network at their organisation?
Matteo: Arm yourself with a lot of patience, do a lot of networking in the company and take on board feedback from junior to senior employees, get ready to explain everything in detail to stakeholders and be open and honest about any issues you encounter.

What do you hope to see next in the journey for LGBTQ+ equality?
Matteo: A fairer treatment of trans people, seen that trans rights are currently being eroded, more representation for those parts of the community that are not “mainstream enough”, and government across the world not rediscussing the rights we have already achieved.

You can vote in the British LGBT+ Awards here.