Conversion therapy is any form of treatment or psychotherapy which aims to change a person’s sexual orientation or to suppress a person’s gender identity. It is based on an assumption that being lesbian, gay, bi, or trans is a mental illness that can be "cured." Already, a number of counseling and psychotherapy bodies, as well as the NHS in England, have signed a Memorandum of Understanding saying they will not use it.

At the beginning of April, Boris Johnson did a double U-turn on an LGBTQ+ conversion therapy ban in England. Downing Street first announced the Prime Minister had decided against making it illegal to change or suppress someone’s sexuality or gender identity, abandoning a manifesto pledge, but hours later after a backlash from within his own party, he said he would move to ban conversion therapy, but exclude gender dysphoria from the legislation.

According to Wales Online, yesterday, Ms. Blythyn said NHS Wales has signed the memorandum, along with NHS Wales, and said the government will “seek legal advice… to end the practice of conversion therapy unilaterally.” 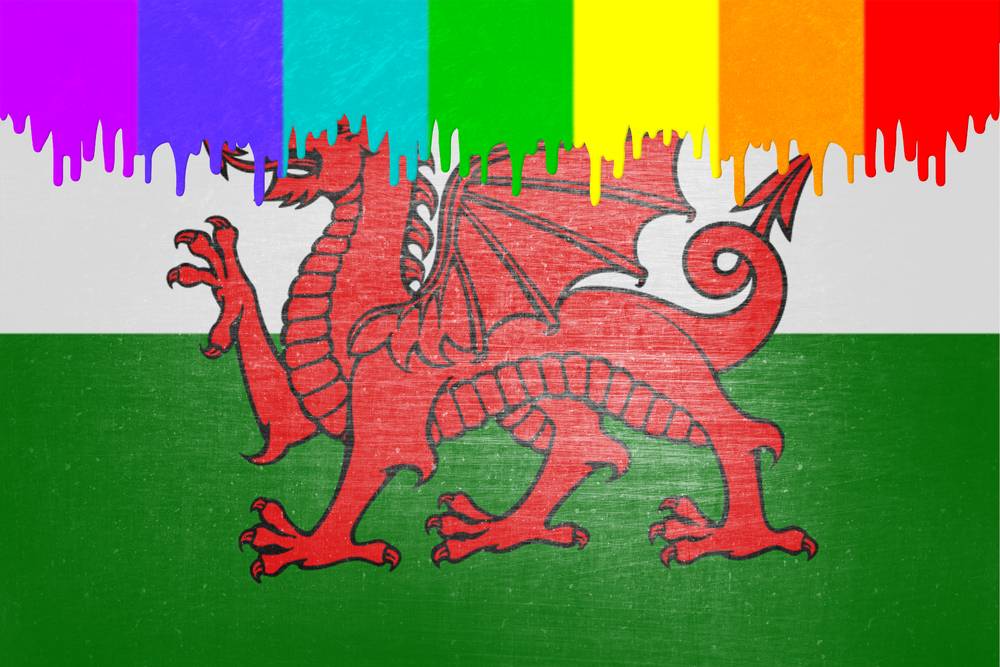 Deputy Minister for Social Partnership Hannah Blythyn will speak in the Senedd this afternoon and will set out plans for Wales to be the friendliest LGBTQ+ nation in Europe.

She said: “We’ve committed to ensuring that we become the friendliest LGBTQ+ nation in Europe, where no one is left out or left behind. Today I am announcing several further steps Welsh Government is taking towards making conversion therapy a thing of the past. In addition to seeking legal advice to determine all the levers we have in Wales to end the practice of conversion therapy unilaterally; we will educate and raise awareness of the horrors and ineffectiveness of conversion therapy practices by establishing a dedicated campaign in Wales.

“I am confident that together we can and must rise to the challenge to make Wales the most LGBTQ+ friendly nation in Europe, where every corner of our country is a safe place for LGBTQ+ people to live openly and authentically as themselves.”

There will also be 'work undertaken' on the impact of conversion therapy on survivors to enable support services to be improved and establish a working group of experts, to include representatives from faith communities, the health and social care sector, and children and young people’s representatives, alongside LGBTQ+ people to help with this work and advise on key elements as a ban is developed.

Both the Welsh Government and NHS Wales have now signed up to a Memorandum of Understanding with the Coalition Against Conversion Therapy, which commits them to not commissioning or providing conversion therapy in Wales.

Dr. Frank Atherton, Chief Medical Officer for Wales and Judith Paget, Chief Executive of NHS Wales said: “The Welsh Government and NHS Wales fully support the banning of LGBTQ+ conversion therapy, witnessed through our signing of the MoU with the Coalition Against Conversion Therapy. We stand united in our desire to make this abhorrent practice illegal and believe this will offer an important opportunity to support those at risk of conversion therapy as well as victims and survivors.”

However, the Welsh Conservatives have asked why the Welsh Government hasn't pursued an outright ban.

Shadow Minister for Equalities, Altaf Hussain MS, said: “Being a member of the LGBT+ community is not an illness to be cured and any steps we can take to ban conversion therapy for good must be welcomed. However, instead of signing a Memorandum of Understanding to ban conversion therapy, why hasn’t the Labour Government in Cardiff Bay just cracked on and banned it? I fear this is just another example of Labour making all the right noises – especially with an election just over a week away – but not doing anything meaningful about it.”

The Welsh Government has been asked why it is not pursuing an outright ban and said in response it was but the signing of this statement is “an extra step.” To find out more about politics stories in Wales you can sign up to our Wales Matters newsletter.

Conversion Therapy Is Torture And Must Be Banned For Everyone