The Mercer Pride badge is a small enamel badge which has been designed to wear on business wear, unlike lanyards or stickers on your work pass, to signal a support for diversity and inclusion in a visible but subtle way to both clients and colleagues internally and externally.

A couple of months ago the Chair of a meeting made a less shocking but still homophobic comment over lunch. The difference here was that it was challenged to a degree but not directly and not by me.

Rupert Watson is one of our most vocal (and entertaining) allies.  He spent several hours on our IDAHOT day stall in the foyer of our head office in London in May this year handing out our “alphabet soup”guide to the LGBT+ community.  Whilst the vast majority of people were supportive and engaged he has spoken about a handful of individuals who, assuming he was gay, looked at him in disgust  giving him an insight into the everyday lives of the LGBT+ community.

I also know of at least two offices where individuals asked for our Pride posters to be removed from client areas (and where these requests were declined!). 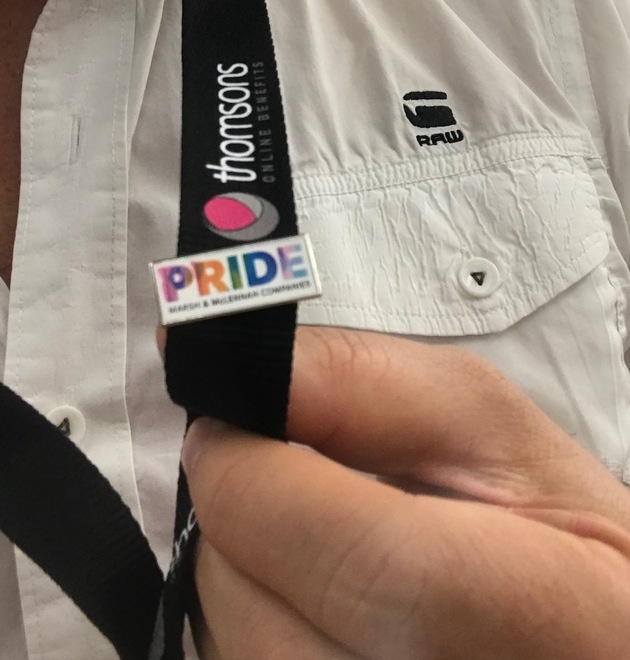 But there are laws against discrimination

That may well be the case in the UK but LGBT relationships are illegal in over 70 countries.  MMC subscribes to Worldwide Travel Risks for the LGBT Community which gives on country–specific information and guidance.  I especially like page 2 of the 2018 PRISM[1]report. Red and orange are Extreme and High risk areas including the death penalty and imprisonment. Green is best:

Coming out at Work

Stonewall’s 2018 LGBT in Britain Work Report[2]notes that more than a third of LGBT staff (35 per cent) have hidden or disguised that they are LGBT at work in the last year because they were afraid of discrimination.

There are very good reason why individuals do not want to reveal their sexuality or gender identity at work and this is a private and personal decision. We want an environment where, if people do want to be “out” they are supported in all aspects or their working life.

No wonder in PWCs 18thAnnual Global CEO Survey, 85% of CEOs said that companies that have a formal D&I strategy said that it improved their bottom line.

And, of course, you do not need to be part of the LGBT+ community to be offended or upset by discriminatory comments.

But we have polices to deal with that sort of thing?

I am really proud of the fact that our bullying and harassment policy in the UK explicitly references examples of anti-gay behaviour, including banter or making ‘jokes’.  All our policies have been updated in the last 12 months with Mercer Pride, the Mercer LGBT+ Employee Network.  Similarly the MMC wide Greater Good also makes it clear that discrimination because of sexual orientation will not be tolerated. And, to be clear, sexual orientation and gender reassignment are two of the nine protected characteristics under the Equality Act 2010.

But, even as a very visible member of the LGBT+ community (check me out on twitter @clairejskinner) I did not feel confident in challenging a client at a meeting, where it could easily have been embarrassing for me and the client, and I did not feel it was serious enough to warrant following up with the client manager afterwards, again without causing some embarrassment and awkwardness in the future, particularly as it was not directed at me.  But, I did feel uncomfortable to the extent that I made an excuse to leave the room. 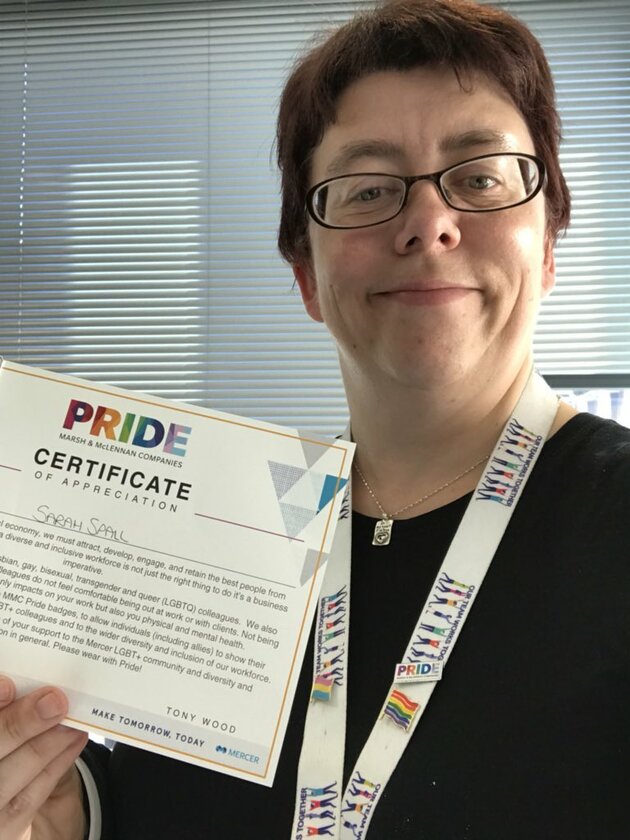 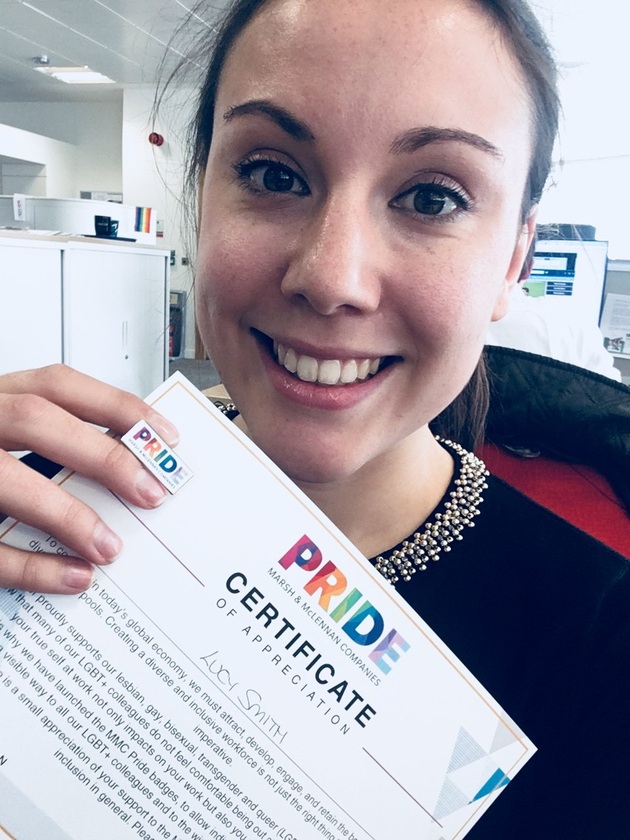 This is where the idea of the Mercer/MMC Pride badge came from. If somebody thinks it’s ok to make a homophobic (or any other discriminatory) comment at a meeting then, despite all the policies, employee groups, events and role models we have in place then they do not associate Mercer with a strong Diversity and Inclusion culture and they do not think (or care if) they are challenged.

In addition, clients increasingly prefer working with businesses that share their culture and that culture increasingly includes being a champion for equality. Being vocal and visible is thus good business.