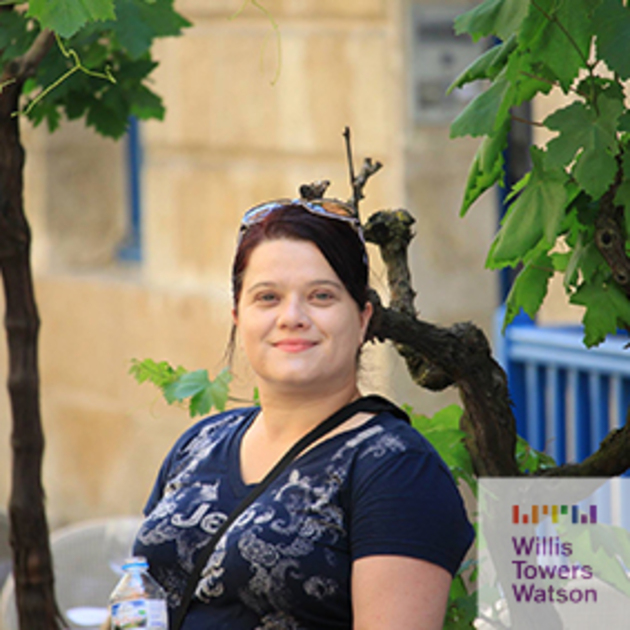 Since I initially filled out the questionnaire, a lot of memories have started flooding back. Hearing other Bi ladies and men share their experiences on the radio recently got me thinking about my own, so I decided to write my story.

I first noticed that I was ‘different’ to the other girls in school at about age 11. I was attracted to girls and I didn’t really know why, I know that other girls weren’t because they spoke about the boys they liked, but I didn’t, so I didn’t talk to anyone about it. Growing up in South Africa in the 90’s, I don’t remember it ever being spoken of openly. I only remember a few distinct occasions as a child, when the subject came up and it was usually to say it was wrong. These were mostly when going with my mum to her Jehovah’s Witness meetings until I was 16 (my dad said we could choose at 16 if we still wanted to, as he wasn’t one). So up to this point, my fantasies were always of me somehow being magically transformed into a boy so that it was okay to imagine myself with a girl. Which is why I think it is great that they are educating kids about the subject in schools now, because there are children who are going through what I did, who feel depressed and maybe even cry at night because they don’t know why they feel the way they do, feeling alone. People are always biased against what they don’t understand, and education is the only way to break it.

I then lived with my gran during my final year of high school. I was 17 the first time I remember seeing two girls kiss on TV, at which point my gran switched channels until it passed and proceeded to tell me how wrong it was, that she loved her girlfriends very much when she was young but never like that and these girls were confused and twisted the love they felt. I was attracted to a few guys so I just carried on being straight. I experimented kissing a few girls at a friend’s house party when I was 16 - where for the first time I realized, I could be a girl and like girls, but I still tried to deny those feelings because no one said it was okay.

A turning point came when I moved to Cape Town, at 19. I started working in my mum’s boutique and I met a girl working in the next shop. There was an obvious attraction and she turned out to be Bi. That was my first same-sex relationship. My mum caught us kissing, I remember now that is how she found out. She asked if it was just experimenting – the look of disappointment on her face drove me to say yes. We would be called names when we went out but I didn’t care. It lasted for about a year and I then moved back to Johannesburg to live with my dad. I would say my dad is homophobic, he would say he’s not bothered as long as he doesn’t see it - so I kept my female relationships a secret. I only told friends and one trusted work colleague. I don’t remember any negativity from them and we are still all friends.

I came to the UK at 25 and that’s when I really started to become comfortable with myself. Even still, in a first world country, I had to deal with negative images of being Bi. Being called greedy by some, even though it was said jokingly. Being called confused or indecisive. I had trouble dating woman because as soon as you tell them you are Bi, they aren’t keen. Even one of my lesbian friends told me that lesbians don’t tend to like dating Bi woman and that she probably wouldn’t. To some straight people, they focused on my gay side and I was treated the same and had the words used against me as a lesbian. To lesbians, I’m seen as a straight woman on ‘only on vacation’ or experimenting

One of my old school friends (from my experimental kissing days back home) was living in the UK with her girlfriend. They were the first lesbian couple I had ever seen, it was like the last darkroom in my mind was finally opened. It was so good to see an openly gay couple and I saw many more at Pride, just being open. That’s when I started to be more open. That’s also when I started getting more ‘jokes’ about my sexuality. Working in a team of men, they called me a few things. A straight woman at work found out about me, she would flinch when I got too close at a work party – I just said, “you’re not my type” laughed and walked away.

I met my husband in the UK and I told him, and he was okay with it, as most men seem to be okay with girl-on-girl… Although I found that this changed once we got married and when it comes to getting serious, he diverted the subject if it came up – maybe that’s why Bi men and woman have trouble dating, their partners worry that we will miss the other side? But I have reassured him what it is to be Bi and he understands or least tries. My hope is that if we can explain bisexuality people will see us differently. Maybe opening-up will let others see that we aren’t as frivolous as some people think we are.

I find the biggest problem with being Bi is that once you get married or even just in a committed relationship, you are pigeonholed by who you ended up with. I am married to a man and now suddenly that makes me straight in the eyes of almost everyone. Even my old friend referred to me as her straight friend to a group of lesbians we met at Pride 2 years back and it really bothered me. Yes, I am married to a man, but I have always been and will always be attracted to women as well. It is frustrating that we aren’t ‘seen’ as we are - that to others, we are ‘on the fence’ until we pick a side.

It’s not us picking a side when we settle but rather picking a person, regardless of their gender.

It is easy for us to ‘disappear’ – it would be easy for me not to have to be open about this. I wish when I was younger someone had been open about their bisexuality, so I could see it was okay. So, I will be now for someone else.