All the LGBT+ role models and allies featured in these coveted lists have been honored for championing, supporting and inspiring LGBT+ inclusion in the workplace. The lists, published by INvolve, the global consultancy championing diversity and inclusion, feature prominent businesspeople from all corners of the world; and split into three categories: 100 Top Executives, 100 Top Future Leaders and 50 Top Advocates. Leading this year’s Top 100 Executives list is Moriaki Kida, CEO of EY Japan, followed by Amin Kassam, Head of Legal – Asia-Pacific at Bloomberg;  Emily Hamilton, Vice President – Strategic Change at Electrocomponents; Beth Ford, President and CEO of Land O'Lakes; and Daisy Reeves, Partner at Bryan Cave Leighton Paisner (BCLP).

In fact, three of the top five executives in the 100 Executives list are supporters of myGwork, and many are clients, confirmed Adrien and Pierre Gaubert, Founders of myGwork, who are also featured in this year’s coveted list. “We are honored to be included in this year's Top 100 OUTstanding LGBT+ Role Model list, alongside so many of our supporters from around the world, who are working with us to drive LGBTQ+ inclusion and much-needed change. We would like to extend our congratulations to all the inspiring and OUTstanding LGBT+ role models on all three lists.” 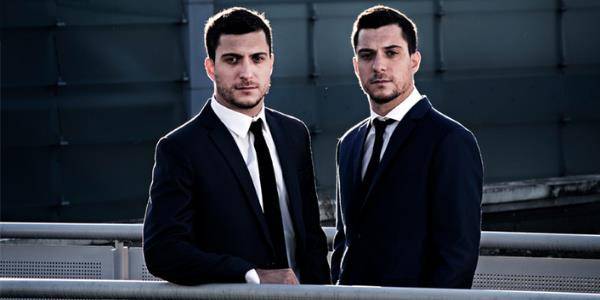 Electrocomponents’ Emily Hamilton, number three of the top 20, said it was both “an honor and a real surprise” to be nominated. “I came out (for the final time) in 2019, and found great support in my workplace. Although I have been the first person to test our approach to transition and have been able to tweak the policies somewhat for the next person, I am fortunate that they had already considered the possibility of having a member of the team transition.”

Growing up, she said she “lacked visible role models, and for many years I felt like I was the only one who felt the way I do, so the work I do now is all about showing that trans (and LGBTQ+) people are people, first and foremost. Having opportunities like speaking in a keynote at the WorkPride conference, only six months after coming out, gave me the confidence to be more visible and vocal. I want to say thank you to everyone named on the OUTstanding lists for being vocal and visible – that alone is lifesaving.”

Commenting on the honor, BCLP’s Daisy Reeves stated: “I am absolutely delighted to have ranked fifth in the OUTstanding LGBT+ Executives list and it’s an honor to appear alongside so many inspiring LGBTQ+ senior leaders from all four corners of the globe. At a time when hard-fought LGBTQ+ rights are being called into question in some parts of the world, highlighting LGBTQ+ business leaders who are out, proud, succeeding and advocating for equality has never been more important. Through my role as Global Inclusion & Diversity Client Relationship Partner at BCLP, I have seen first-hand the strategic importance some of the world’s largest organisations are placing on inclusion, equity and belonging. Today’s OUTstanding lists help to celebrate the leaders, allies and next generations who are striving to achieve real change.” 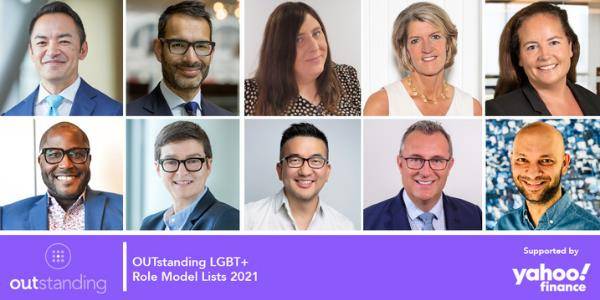 “As someone who is passionate about the value of Diversity, Equity and Inclusion (DE&I), and of the importance of understanding the intersectionality of minority characteristics, I am honored and proud to again be included in the OUTstanding 100 LGBT+ Executives List, published today,” said Macquarie’s Geffrye Parsons. “It is humbling to be in the company of so many incredible LGBTQ+ role models, whose important work I greatly admire and inspires me every day. This is an honour I wholeheartedly share with everyone at Macquarie who have been instrumental in the huge strides we have made in promoting LGBTQ+ inclusion, and DE&I more broadly, in and out of the workplace.”

EY’s Global Financial Crime, Ethics & Compliance Leader Catherine Vaughan, also EY’s EMEIA LGBT+ Partner Sponsor, said being included on the OUTStanding Role Models list is “humbling and inspirational”. “I’m proud to be part of an organisation which recognises inclusion as being core to its purpose. Thank you to everyone at EY for your commitment,” stated Vaughan. “Every day each of us has a role to play in creating truly inclusive workplaces - I for one will not stop playing my part. Thank you for the recognition.” 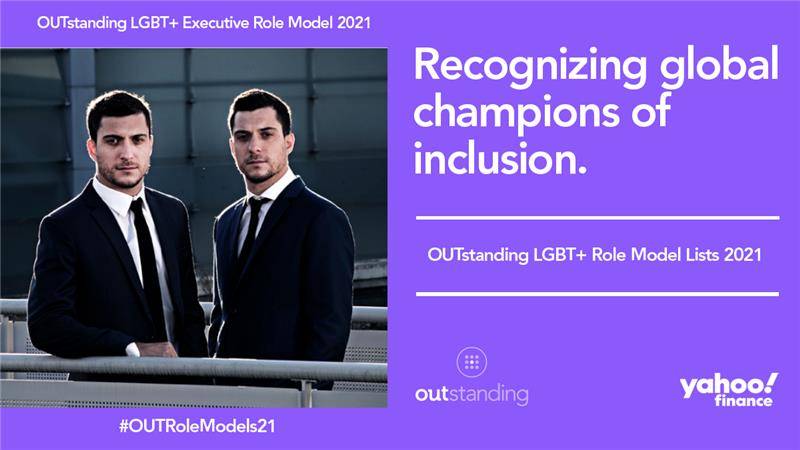 Four out of the Top 20 businesspeople on the Executives list are British or British-based including David Furnish, CEO of Rocket Entertainment, who is also Elton John’s husband (number 11). Senior British TV executive Matt Scarff, Director of Media & Creative at ITV, and one of the champions of groundbreaking initiatives such as ITV Pride, is also among the Top 20 Brits on the influential worldwide Executives list.

“What I love about the OUTstanding list is that it is consistent, and it has a positive reputation across our communities. That is really important,” commented ITV's Scarf. “It is really important to me that my company recognises my experience and what I bring to the table as a leader. At ITV, I have only had really positive praise and comments. There’s a really lovely quote which we had on the side of our ITV Pride bus a couple of years ago and we used it in one of our advertising campaigns which is ‘we are changed when we are seen’. Literally people’s opinions, perceptions, experience – they all change when they either meet, see or understand a little more about someone’s background . It is about things becoming familiar. It is not a shock to see a gay man kissing in an advert now but in my lifetime, it was a shock to see Colin and Barry in EastEnders having their first kiss. We are changed when we are seen, and we have changed. From my perspective where we can make a difference, we do – whether that’s on screen or in the workforce.”

British-based Lex Chan, General Counsel at the Business of Fashion, is named number one on the Future Leaders list. Commenting on the recognition, Chan said: “To be featured in the list with such amazing role models is an honor in and of itself, so to be ranked number one is not only a surprise but also hopefully gives younger gender diverse people the fearlessness to pursue their ambitions and the tenacity not to let the prejudices or ignorance of others lead them to believe that they should not have a seat at the table because of their identity."

One of the most powerful women in global banking, Francesca McDonagh, Group Chief Executive Officer for Bank of Ireland Group, ranks number 2 on the Advocates/Executive Allies list; after Procter & Gamble’s Chief Brand Officer, Marc Pritchard (who ranks number 1). “Lists like this show the power of visibility and will hopefully encourage more visibility in each of our organisations. They remind us of the progress we have made in recent years. But they also caution us against complacency. A number of serious homophobic events in Ireland this year reinforced to me that visible support for the LGBTQ+ community matters as much as ever,” highlighted McDonagh. “It goes without saying that diversity and inclusion goes far beyond badges and banners. D&I must be treated as a priority for your customers and colleagues, and for your business. At Bank of Ireland it is a fundamental part of how we think about our culture.”

Also on the Advocates list is Anne Aslett, CEO of the Elton John AIDS Foundation. ‘I’m so honored to be recognised this year as an OUTstanding LGBT+ Role Model,” commented Aslett. “Through my work with the Elton John AIDS Foundation, we tackle systems change to evolve homophobic laws and advocate relentlessly for equal standards of HIV care in countries which criminalize same-sex relationships. Everyone deserves the right to be treated with compassion and dignity. In order for progress to take place, we must have allies in leadership and include members of the LGBT+ community. Representation and visibility matter to be truly inclusive. I’m proud to be an ally to do everything I can to create positive change for the LGBT+ community to champion their rights.”

A huge congratulations to all the LGBT+ role models and allies featured on all three OUTstanding lists from the team at myGwork.

You can check out all three OUTstanding Role Model lists here.