We’re all influenced by the world we are born into. What we create as we grow up is often, in some way, a blend of the culture, languages, and themes that have surrounded us. For Anastasia Vol, growing up in Lithuania meant a unification of Eastern European customs, music, and influences. Now, living in the UK, she’s creating music that mixes her feelings and the different parts of her identity into a powerful, heartfelt chef-d’oeuvre.

An amalgamation of indie, folk, and alternative pop, Anastasia’s music is enthralled by emotion and touches on the deep sentiments that connect us all as human beings. She admits that she struggles to place herself in a category or genre, but that the mix of cultures in her family, including Russian and Belarusian, has in part helped to shape her sound.

“What I do is generally very different from Western European music. So, I feel like it is harder for me to fit in. But also, I feel like this is what makes it so interesting.” 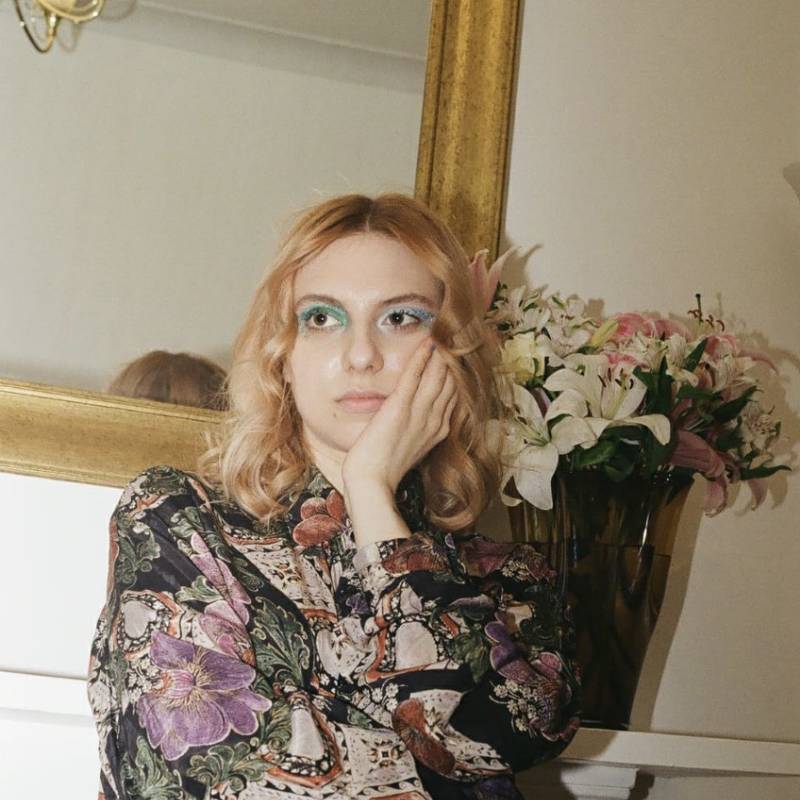 Anastasia is also a powerful storyteller, with her latest song "her" diving into the confusion that dating women has often left her with. As a pansexual person, she explains, she finds it hard to separate whether she’s attracted to a woman or wants to be more like her, and it’s this feeling that is the basis of the song. “I ask myself do I really like this person? Or do I just want to be them? Am I jealous of their personality? Or do I want to be with them?” she shares. “And I wonder, why do I feel so weird? It’s just me talking to a person – is it that I want to know what it feels like to be with them, or that maybe with them I can better understand myself.”

By listening to Anastasia’s music, you can understand a little bit more about her world. And many of the emotions she touches on are universal: waves that we all feel and face throughout our lives. She describes her creative process as chaotic, that she tends to be a very emotive and expressive person, and that this flows into her music.

“Chaos is the best way for me to express myself as it’s the most authentic and genuine thing I can do. I feel a lot of things and overthink a lot of things and, with songwriting, I put them into words to understand them better. It’s not necessarily ‘therapy’ but just me wanting to share that.”

Anastasia explains that her new song acts as a bridge between her previous work, such as singles "Lungs" and "Runandhide", to a new era of creativity. “I feel like it very nicely connects the stuff I've done before to what’s about to come next. But it’s still me,” she says. “I feel like what I create is always changing and it is always going to be experimental in a way for me.”

And with this, comes the announcement of her debut EP, a project that has been a long-time coming for the London-based singer. Having started making music at the age of nine out of pure boredom, she’s come a long way, sharing that the EP contains her favorite songs that she’s ever written. 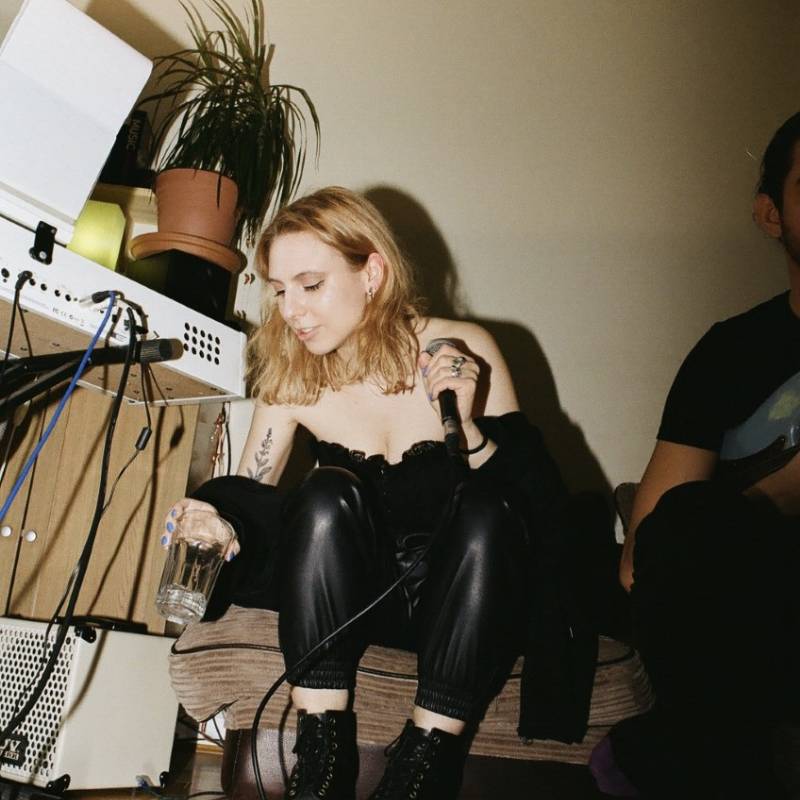 When it comes to songwriting, although many of the storylines in her songs are fictional, the feelings that she describes are true. In this way, Anastasia shares with her listeners the deeper layers of herself. After coming out at a young age and having most of her first experiences with women, she finds people often presume she is gay and they are surprised when they find out she is pansexual. Yet she doesn’t let these parts of identity stay fixed or motionless.

“My own identity is so abstract; I don’t identify, I just am. Whatever I am, I just am.”

With this body of work also comes her first music video. Shot on an analog super 8 camera, a method that is rare in the digital age. Although many artists will spend a lot of time and money trying to replicate the feel of film using a digital medium, few take the risk of relying on analog. The video was shot by Imogen Mansfield and features Anastasia alongside her on-screen love interest, and artistically adds another layer to the story that the song tells.

Anastasia often photographs with film and appreciates the experimental-like nature of not knowing how the images will turn out. In turn, this process has helped shape the visuals she creates to accompany her music. When it comes to planning them, she goes with her intuitive feelings, avoiding over-analyzing and trusting what feels right.

As an independent artist, trust in your feelings is critical. Especially without anyone else to rely on, your skills need to be multi-faceted, branching out not just in musical ability, but in marketing, promoting, booking, and more. Anastasia confesses that this can be a challenge: she trusts herself wholly in her songwriting, but to take on everything and reach a wide audience is a precarious balance. 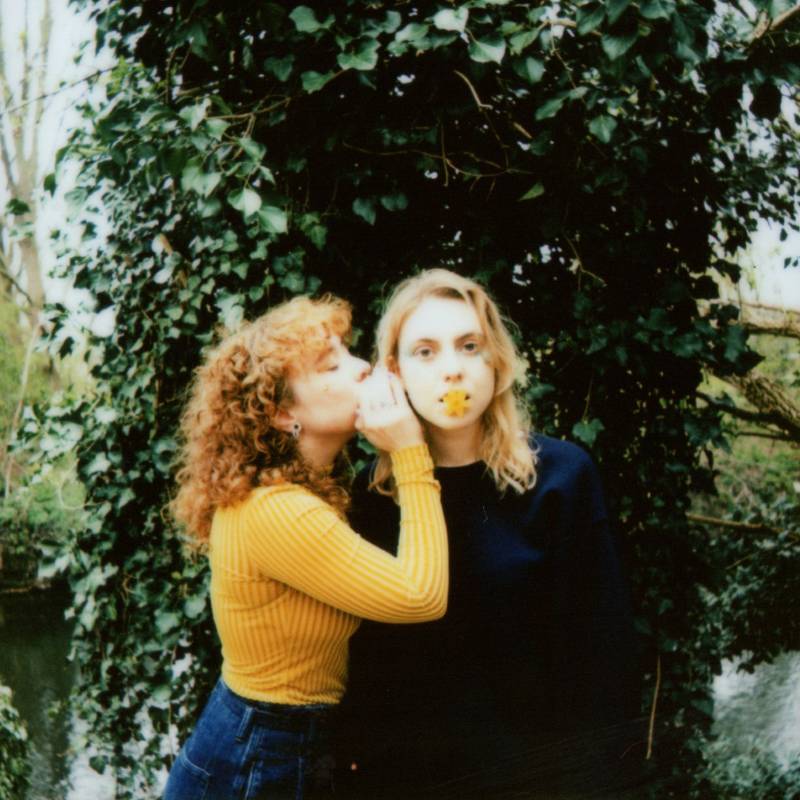 “As a self-released independent artist, I worry that I get lost in the strategic process and the difficulty of promoting. But it’s hard to be amazing at everything. I know how to write my songs, but then question the best way to share them with people. We can’t all be good at everything.”

On the other hand, this allows her to do “whatever the f**k I want”. With a strong sense of freedom coming across through her music, is this something that would be lost with a label trying to mold her? On top of this, creating in the social media generation comes with complexities that artists of eras gone by did not have to face.

“Recently, art has become this fabricated thing,” Anastasia explains. “And you have to produce, produce, produce to be relevant, just for the social media algorithms not to mess with you. And that is a killer for creativity. It makes me so upset when I see people completely losing their individuality, trying to fit into the Instagram aesthetics. So artistically, I just hope that social media is going to become more of a positive thing for artists to share and promote work, instead of pushing us to become content machines, because that really upsets me.”

Many of her songs start as just notes scribbled down, but Anastasia has perfected the art of storytelling. A unique blend of Eastern European and Western influences makes the final product completely Anastasia and, with that, not like anything else. Her method of conveying emotion through her art means her music connects with you at a very deep level. And, in an uncertain world, connections couldn’t be more important. Art that brings us together can become a lifeline, which is why Anastasia’s EP couldn’t have emerged at a more crucial time.