A “symbolic” victory for trans rights has been won in a legal challenge in Northern Ireland over gender dysphoria and the medical requirements in the Gender Recognition Act.

The judicial review was brought against the UK government’s equalities office (GEO) by an anonymous trans woman, who sought to remove the “stigmatising” and “unnecessary” requirements that trans people provide medical evidence and a diagnosis of gender dysphoria to gain legal gender recognition. 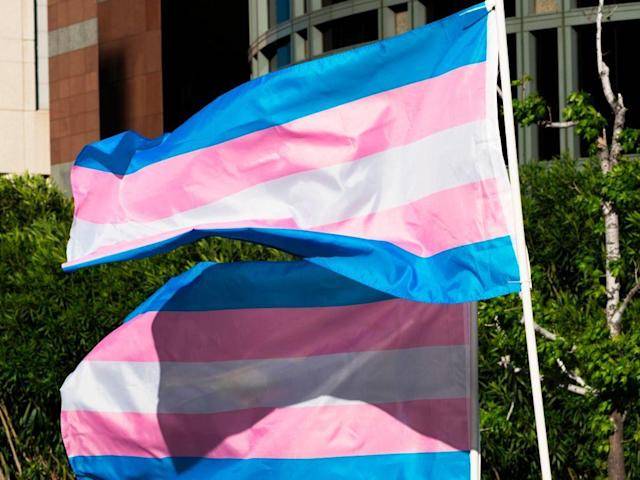 Mr Justice Scoffield said in a 13 May ruling the requirement that trans people prove they are “suffering or to have suffered from a ‘disorder‘ in order to secure a gender recognition certificate” is “now unnecessary and unjustified, particularly in light of diagnostic developments”.

In May 2019, the World Health Organization (WHO) stopped classifying being trans as a disorder by moving from a diagnosis of “gender identity disorder” under its mental health disorders chapter to a description of “gender incongruence” under its sexual health chapter.

WHO officials said at the time that the change was made to “reduce stigma”. Human Rights Watch said governments should “move swiftly” to reform “laws that require this now officially outdated diagnosis”.

Commenting on the Northern Ireland ruling, non-binary barrister Oscar Davies said it wasn’t “as big a change” as it could have been, but that the trans woman had won a “symbolic point”.

“It’s significant in a narrow way, but it has broader symbolic implications,” Davies explained. “Essentially, the judge has said that using the word gender dysphoria and describing it as a disorder is incompatible with Article 8 Convention Rights [the right to a private life under the European Convention on Human Rights].

“The judge suggests using the more modern term of gender incongruence, which is essentially removing the stigma that ‘disorder’ carries with it.”

Davies continued: “When the GRA was made, maybe calling it a disorder wasn’t seen as offensive or contrary or traumatic towards trans people.

“But since then, the international medical definitions have changed.”

Changing the wording in the GRA from the “disorder” of gender dysphoria to the sexual health condition of gender incongruence would show that “the law has to change with the times”, Davies added.

The case concerns the Gender Recognition Act (GRA), the 2004 law that provides the mechanism by which adult trans men and women can change their legal gender, by applying for a Gender Recognition Certificate (GRC) that can be used to obtain a new birth certificate in the correct sex.

Applicants must have a diagnosis of gender dysphoria, be able to prove they’ve lived in their “acquired gender” for at least two years and intend to live as such for the rest of their lives, and have their spouse’s consent.

Sweeping reforms of the GRA, which could have demedicalised and streamlined the process, were scrapped by Tory equalities chief Liz Truss in September 2020 despite overwhelming public support for the changes.

The anonymous trans woman in Northern Ireland, who has been out as trans for decades and sought help from Northern Ireland’s NHS gender clinic, submitted evidence to the court about the stigmatising effect of the Gender Recognition Act requiring a gender dysphoria diagnosis.

In his ruling, Mr Justice Scoffield quoted her evidence. “This stigma has been exacerbated for me by the fact that my condition is, in effect, equated in both legal and medical terms with a recognised mental disorder; namely gender dysphoria,” the ruling quotes the trans woman saying.

She continued: “I feel very strongly that legal recognition of my gender identity should not be contingent upon having to demonstrate to a Panel that I suffer from a mental disorder.

“This makes me feel that being transgender is considered by society as (only) a mental illness, as reflected in these legal requirements. It makes me feel that what I am, at the core of my being, in terms of my gender identity, is pathological and disordered.”

Scoffield ruled in favour of her argument that the GRA’s requirement she be diagnosed with gender dysphoria – defined in the GRA as “a disorder” – was stigmatising.

“Even taking into account parliament’s discretionary area of judgment and the legitimate aims which the requirement for medical input pursues, the requirement to provide a specific diagnosis which is defined as a disorder fails to strike a fair balance between the interests of the applicant and those of the community generally,” Scoffield said.

However, Scoffield ruled against the other part of the trans woman’s case, which was that the GRA’s stipulation that trans people obtain medical reports to apply for a GRC breached her right to privacy. She lost this prong of her argument, with Scoffield saying that the requirement to provide specialist medical reports when applying for a GRC

“strikes a fair balance” between a trans person’s interest and “those of the community”.

There will be further hearings in the coming months to decide how to implement the judge’s ruling. Another part of the trans woman’s case, against the Northern Ireland trust that failed to provide her with medical evidence, is pending.

The Government Equalities Office declined to say whether or not it would be appealing the verdict.

Anti-Trans Radicals Urge MPs to Go on The Offensive