Actress Ella Hunt, who plays Sue Gilbert in Apple TV+’s ‘Dickinson’, has come out. Ella has said that she is “queer and happy to be out” on social media.

The tweets come after Hunt was quoted as saying she didn’t think the term “queer” was “specifically about sexuality. “A fan tweeted at her challenging that idea, and Hunt replied, writing that she misspoke and “I am queer and I am happy to be open about it.”

In a recent interview, Hunt, who is 22, spoke about finding herself after moving to New York and starring in a queer-focused show. 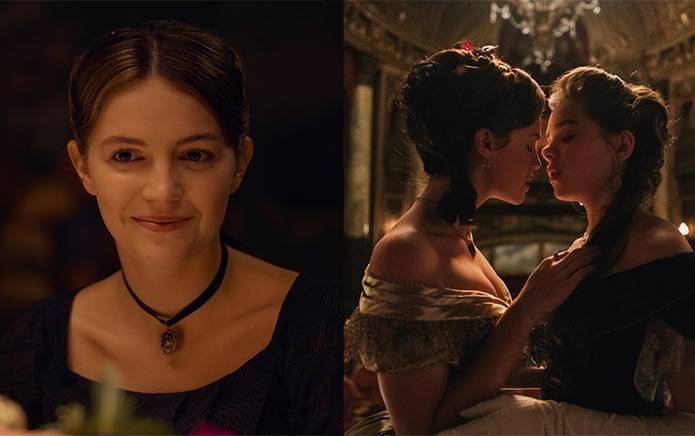 “Maybe that combination of being away from England and working on a show about a female poet who wasn’t understood in her time, such an outwardly queer show that glorifies queerdom, made it less scary to enjoy those elements in myself and explore it in a way that I might not have done if I hadn’t got the show,” she said.

“I love the term queer,” she continued. “I don’t think it is specifically about sexuality, I see it as a mindset and feeling empowered in the bizarre and the strange sides of myself. I think queer is a beautiful word in that sense. It’s an attitude. That’s how I identify to my friends in New York.”

As ‘Out’ reports, there are some who choose to use queer this way — this usage was more common in the 1990s and before. Recently, actress Tilda Swinton said she “always felt” that she was queer, referring to the word as a sensibility as opposed to a sexuality or gender. On Twitter, a fan of Hunt pushed back.

“I love you so much, and I loved your interview,” they wrote. “However, being queer isn't an attitude. I can't just change being this way like I can my attitude, when having a bad day. I still love you tho!”

Hunt replied “Hi love, I actually completely agree with you and when the interviewer asked me directly if I was queer I got anxious and fumbled my answer (having not openly talked about my identity for long).”

When the fan apologised, and Hunt replied, adding to what she said: “you don’t need to be sorry at all! I’m so sorry you had such a tough time growing up. I am queer and I am happy to be open about it. (I just get all kinds of nervous and fumbly in interviews sometimes).”

Congressional Candidate Mckayla Wilkes Comes Out While Announcing Her Campaign