U.S.A progressive candidate Mckayla Wilkes announced that for the second time, she will challenge one of the most powerful Democrats in the House of Representatives, House Majority Leader Steny Hoyer, for his seat representing Maryland’s 5th district. Along with this announcement, she also came out as bisexual.

In an exclusive interview with ‘LGBTQ Nation’, Wilkes spoke about why this time around, she felt it was important to be open about her sexuality.

“It’s essential for me personally to be able to live 100% in my truth,” she said, “But I also hope to have a broader conversation around heteronormativity.”

Nevertheless, Wilkes said she earned more votes than any past challenger, and in the process, she made a name for herself in the progressive movement. Citing Rep. Alexandria Ocasio-Cortez (D-NY) for inspiring her run, her platform focuses on Medicare for All, criminal justice reform, a Green New Deal, reproductive justice, and other progressive policies.

Wilkes also became known for her openness about the challenges she has faced in her own life. Throughout her campaign, the single mother of two spoke about being incarcerated at 24 for driving with a suspended license because she couldn’t afford to pay her parking tickets. She spoke about being arrested for marijuana possession at 20. She spoke about having an abortion at 19. 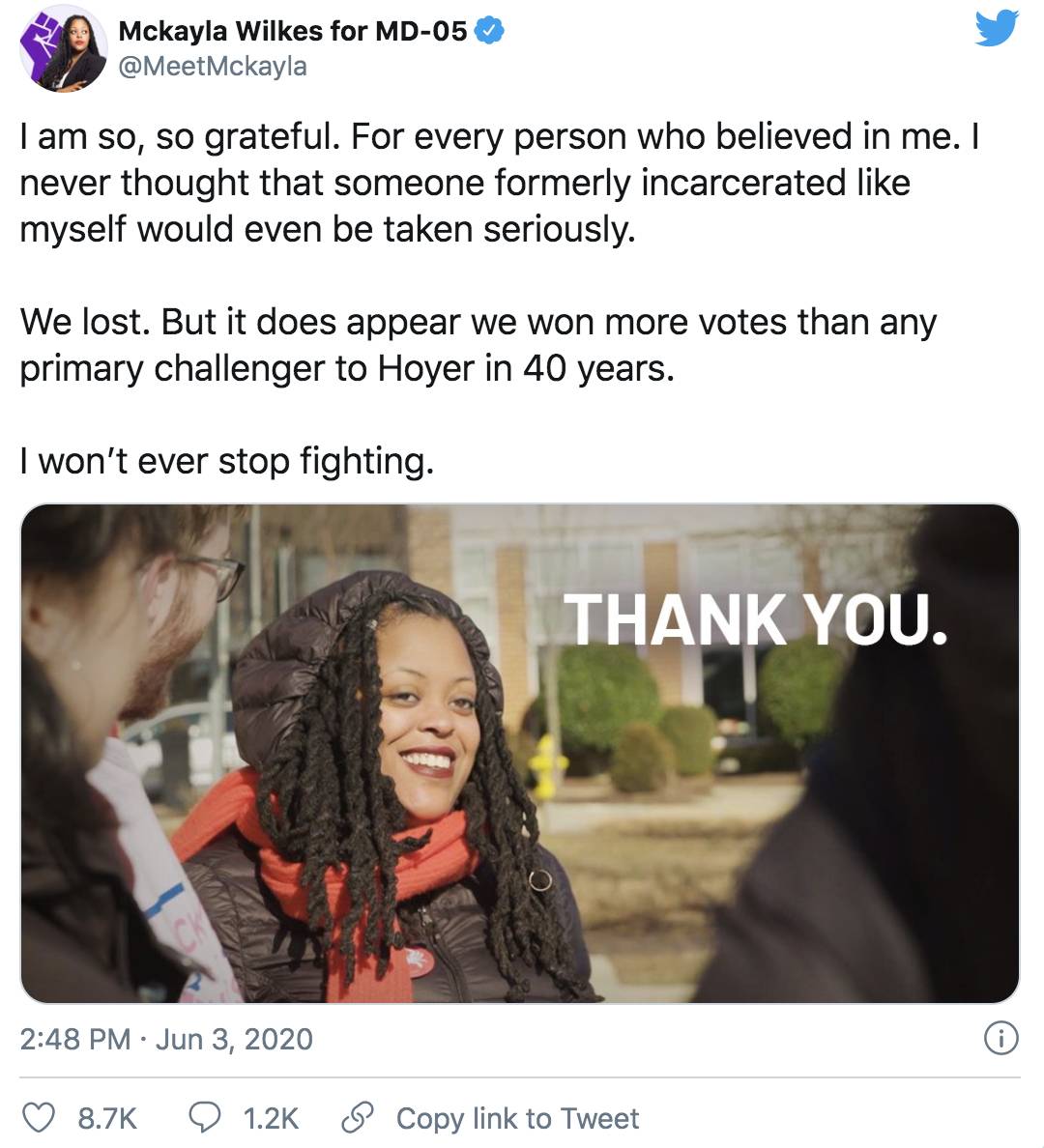 She also spoke about how the aunt who helped raise her was killed on September 11 while Wilkes was still a teenager, and how her grief led her to act out. Her behavior landed her in and out of juvenile detention, rather than somewhere that would have given the depressed Wilkes the help she needed.

Through all of this, Wilkes found it frustrating that people repeatedly assumed she was heterosexual, despite the fact that she never specifically addressed her sexuality.

“I remember being asked, as an ally of the community, what could you do…and in my head, I’m like, I’m part of that community.”

Nevertheless, Wilkes wasn’t ready to correct them just yet.

“It was a conscious decision,” she said. “I purposefully did not want to come out. [I was] afraid of what people would say, and the stigma.”

Despite her openness about other aspects of her life, the stress of potentially being judged for being bisexual was too much for her at the time. But now, she said she no longer wants to let that fear control her. “I got tired of being in the closet,” she said. “I just got tired…[I decided] it shouldn’t be about how I’m going to make other people feel.”

For Wilkes, this moment is about more than just coming out to the public. She has known she is bisexual since she was about nine years old when she realised she had a crush on the new girl in school, but until now, she has only ever been out to a few friends.

She feels a mix of excitement and nerves but said one feeling stands out above the rest: empowerment. She looks forward to no longer allowing fear to hold her down and said her prior openness has prepared her for this moment.

Wilkes was already a staunch supporter of LGBT+ rights, so she doesn’t anticipate coming out will change much about her campaign. And while she now describes herself as “out, loud, and proud,” she also hopes to be seen as a candidate who happens to be bisexual, rather than have the label define her.

“It’s just a part of my identity,” she emphasised.

Wilkes is running with a focus on the same issues she championed in her last campaign and maintains that her district is in dire need of someone new.

“My Congressman has been in office for almost 40 years, serving his 20th term, and I have never gotten a phone call, never gotten a text, never heard any mention of the issues that pertain to anyone in my community,” she said.

But for Wilkes, challenging Hoyer is also bigger than herself. “It was never about just the campaign; it’s about the movement. I decided to run because the movement is still there, and we need more organizers, we need more activists, we need more people with lived experience in Congress.”

Wilkes expressed her need to speak out because she wanted to tell her own story, but she also said that she resents the need to come out at all. She wishes instead that the assumptions of others had never pushed her into a closet. She hopes she won’t have to feel uncomfortable anymore, and she also hopes her coming out can inspire others to be a little easier on themselves.

“The way I felt…I don’t want anyone to feel like that, so if I can just empower one person or ten people or a hundred people, I feel like that would be something good.”