On the latest episode of the Spanish spin-off, the Madrid-born contestant received mixed critiques from the judges for their performance in the challenge, which saw the nine remaining queens perform in two competing girl groups.

Although they received positive comments for their tribute to the late La Veneno on the main stage, Inti – who identifies as non-binary – broke down in tears during Untucked. As ‘Gay Times’ write, in their confessional, they explained it was due to their body dysphoria “as a trans person”.

“It’s hard to accept my look, my body. Sometimes I don’t see myself in the mirror,” said Inti. “And it’s strange. It’s a constant dysphoria.” 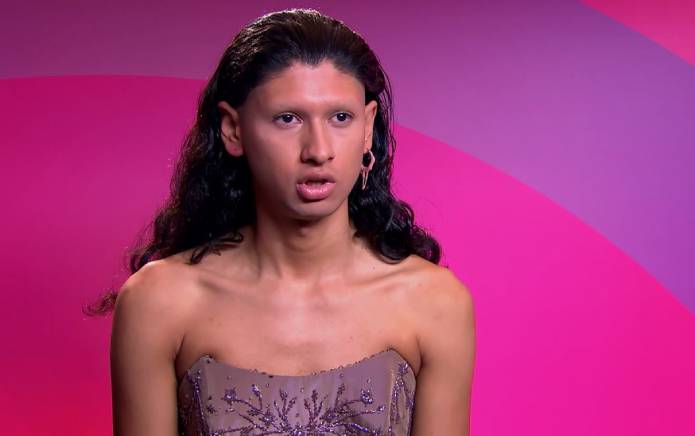 Following a tender moment with their supportive season one sisters, Inti continued: “If anybody out there feels like me, you need to be patient.

Inti’s comments went hailed as “powerful” and went viral on social media, with one post by user @Kyunchix3 receiving over 53,000 likes.

“Those of us who are not on hormones are still trans.”

Another agreed, tweeting: “You don’t actually have to transition to be considered as trans! Not everyone has the financial capability to transition.”

Drag Race España has received praise since its debut for educating audiences on Spanish culture, Supremme de Luxe’s infectious hosting skills and for its positive representation of the trans and non-binary communities.

The season made history for the franchise with its first episode when four contestants – Inti, Hugaceo Crujiente, The Macarena and Arantxa Castilla La Mancha – proudly opened up about their non-binary identities.

Viewers praised this element of the series, with one user writing on Twitter: “The fact that there’s so much non-binary representation on Drag Race España makes my heart swell.”

Drag Race España airs every Sunday in the UK on WOW Presents Plus.

RuPaul Calls Out ‘Drag Race Down Under’ Contestant For Racist Past