RuPaul addressed Scarlet Adams’ racist past on this week’s episode of Drag Race Down Under. 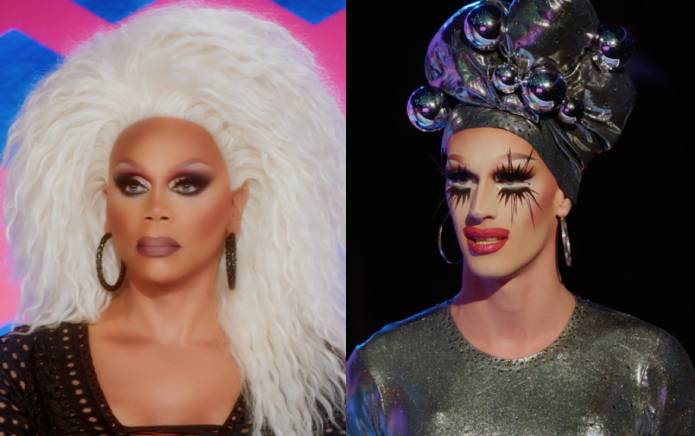 Before the queens hit the runway, the contestant – who is currently the frontrunner with two maxi-challenge wins – opened up to her sisters about her past performances, in which she donned blackface.

“I’ve said and done things in drag that I regret a lot, when I was a lot younger and stupid and naive; trying desperately to make people laugh,” said Scarlet, before revealing that she’s been called out for it on social media.

“I have, in the past, like a lot of other queens, done blackface before, which I really regret. I am disgusted in myself that I did those things.”

As ‘Gay Times’ report, Etcetera Etcetera was the first to criticise Scarlet, saying she’s never looked at people who wore blackface in the past and thought it was an “honest mistake,” to which Art Simone responded: “It’s strange to appropriate someone’s culture to make a joke of it.”

Scarlet continued: “I didn’t know any better. Not that that’s an excuse, but it’s hard to unlearn things that are engrained into you as a child.”

After Scarlet turned to Maxi Shields for support, Etcetera added: “I think casual racism in conversation is very different to painting your face in blackface and performing a number for money. A lot of drag scenes are extremely racist.

“I see drag queens saying, ‘It was just a joke, you need to get over it.’ But, while people of colour and trans people are still facing violence every single day, from the systematic oppression that we live in, it isn’t a joke to me.”

On the runway, the contestants showcased their marketing commercials for their new brand of yeast spread, before stomping down the main stage in their finest Finest Sheila in the Bush-inspired eleganaza.

Following Scarlet’s commercial, RuPaul addressed her past with blackface and gave her the “opportunity” to explain herself to the judges.

“I can’t deny that that happened. As a dumb, ignorant teenager, I made some mistakes that I’m really not proud of and everyday, I regret those decisions,” said Scarlet. “I regret the fact that I used my platform as a performer to ridicule people who have faced systemic racism for hundreds of years and I’m so ashamed of the person I once was. I’m really sorry to you and to everyone that I have hurt.”

RuPaul replied: “Now, I’m sure there are people that would want me to cancel you right here, right now. But, I’d rather this be a lesson in humility and accountability, and I pray that all of us can learn and grow from our mistakes.”

Earlier this year, Scarlet was called out by Felicia Foxx, an Aboriginal drag queen, who shared photos of the Down Under contestant in various insensitive costumes including a Native American headdress and burqa.

Another photo showed Adams in blackface with two teeth blackout out, wearing an Aboriginal flag shirt. It was taken 26 January 2012 on Invasion Day.

Adams directly responded to Foxx on the post, writing: “Felicia, I’m so sorry you had to see this and I feel awful, I have so much respect for you. I have addressed this a few times. It’s on my Instagram at the very top under highlights.”

The queen said she’s “not proud of her past” and has spent her entire career trying to make amends, as well as striving to be “a better person and ally for all marginalised communities.” Adams added: “I’m not that person anymore.”

She also reposted an apology she made last year, in which she told her followers: “There is no way to sugar-coat it, when I was a teenager roughly 8 years ago I performed in blackface/cultural appropriation. I was young and I was ignorant.

“I am no longer that person. I know I will never understand what it’s like to be a person of colour, but I have been hurt before and to think that I made someone else feel that way is an unfathomable feeling.”

Karen From Finance was also been condemned for her tattoo of a golli**g. The entertainer boasted a wide collection of the toys, which are widely considered to be racist caricatures of Black people.

On Instagram, Karen said her collection started when she was two-years-old, which ultimately led to the tattoo. “I realised how irresponsible and stupid I had been and so I disposed of the dolls to landfill and had my tattoo covered,” she explained.

“Since then, I’ve committed to an ongoing journey of accountability, activism and education, and to uncover and unlearn any and all racial bias – conscious or unconscious – that may or may not be embedded within me.”

She ended her post: “I can’t change the past, but I can and will work on the present and do better in the future, and with that you forever have my word.”