Florida’s wildly controversial “Don’t Say Gay” bill passed the state Senate today. Having already passed the House, it is now headed to the desk of Governor Ron DeSantis (R), who has previously expressed support for the bill.

Officially known as the Parental Rights in Education Bill, it says teachers cannot “encourage classroom discussion about sexual orientation or gender identity in primary grade levels or in a manner that is not age-appropriate or developmentally appropriate for students.” It also says parents can sue their children’s schools for failing to adhere to these rules.

LGBTQ+ advocates have been vehemently fighting against its passage, saying it will do irreparable harm to LGBTQ+ students and teachers who will essentially be banned from acknowledging their identities during the school day. 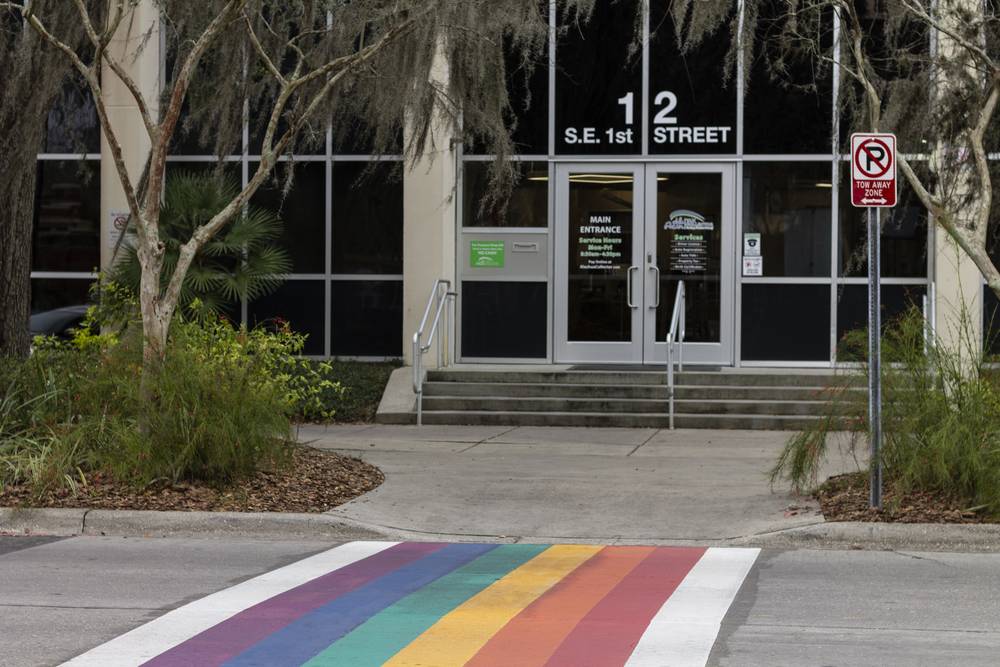 If DeSantis does sign the bill, it will take effect on July 1. The Senate voted in its favor despite massive student protests against the bill at the state capitol yesterday, according to LGBTQ Nation.

Holding homemade signs, students chanted, “We say gay” and assembled on the building’s front steps and inside.

Inside the building, a young protester named Madelyn read a list of LGBTQ+ people who died by suicide after experiencing anti-LGBTQ+ discrimination.

“The Florida state legislature is playing a dangerous political game with the health and safety of LGBTQ+ kids,” said Cathryn M. Oakley, State Legislative Director and Senior Counsel at the Human Rights Campaign, in a statement. “The existence of LGBTQ+ people across Florida is not up for debate. We are proud parents, students, and teachers, and LGBTQ+ people deserve to exist boldly, just like everyone else.”

“Discriminatory pieces of legislation like the ‘Don’t Say Gay or Trans’ bill don’t solve any critical issues in Florida. Instead, these bills shamefully attack and endanger LGBTQ+ students who are just trying to get a quality education, whom the state has an obligation to treat fairly and protect. LGBTQ+ Floridians are more than twice as likely to experience depression or anxiety compared to non-LGBT Floridians. Governor DeSantis must veto HB 1557.”

Amit Paley, CEO and executive director of The Trevor Project, also urged Governor DeSantis not to sign this harmful bill.

“Every LGBTQ young person deserves to attend a school that provides an inclusive, affirmative environment – not one that aims to erase their existence,” Paley said in a statement. “We know that LGBTQ youth already face higher risk for bullying, depression, and suicide – and this bill will only add to the stigma that fuels these disparities. But it is not too late to stop it from becoming law. The Trevor Project urges Florida’s governor to reject this bill and, instead, support efforts that protect LGBTQ youth across the state.”

Trevor Project data shows that 42% of LGBTQ+ youth seriously considered taking their own lives over the past year, and that those who have access to affirming spaces are less likely to attempt suicide. Additionally, the organization found that LGBTQ+ youth who were taught about LGBTQ+ issues or people in school were 23% less likely to attempt suicide in the past year.