It may seem anytime Iran currently appears in the Western news it is linked to doom and gloom and the apprehension of World War III, however, it doesn't take much common sense to realise that this is not the full picture of life in Iran. When it comes to LGBT+ issues, Iran is painfully known for backward laws and oppression, but it’s important we ask why and how things reached this point. The activist Adam Eli once said, “Queer People anywhere are responsible for Queer People everywhere”, and for us to stand by our International LGBT+ family, we need to first take the time to learn about their history. Homoerotic love poems and explicit same-sex illustrations may not be something you would automatically associate with Iran, however looking back through history this is something their culture was once rich in. Today, Iran is sadly better known as one of the few places in the world where homosexuality is punishable by death.

Looking back through Iran’s history, same-sex relationships are much more commonly seen than you might expect. There’s evidence of this as far back as 250 BC, where homosexual traditions were thought to have been learnt from the Greeks. Throughout this period same-sex intercourse was forbidden and seen as a sin, yet this rule tended to be ignored and had little effect on attitudes or behaviors. While this rule existed for homosexual relations, there was nothing to forbid lesbian love or trans identities.

These lenient attitudes continued, with the dawn of homoerotic poetry in the 8th century. Abū Nuwās, born in the Iranian city now known as Ahvaz in 756 AD, was thought to be one of the greatest Classical Arabic Poets and is particularly well known for his lyrical words about both wine and boys.

I die of love for him, perfect in every way,
Lost in the strains of wafting music.
My eyes are fixed upon his delightful body
And I do not wonder at his beauty.
His waist is a sapling, his face a moon,
And loveliness rolls off his rosy cheek
I die of love for you, but keep this secret:
The tie that binds us is an unbreakable rope.
How much time did your creation take, O angel?
So what! All I want is to sing your praises.
Love in Bloom, Abū Nuwās

Similar love stories were prevalent throughout Persian literature and many of these even included what would be considered quite explicit illustrations of same-sex romantic partners. These can be seen throughout Persian Poetry until as recently as the 20th century, with homoerotic love not only being commonplace, but taking center stage in much of Persian Love Poetry.

No mention of homoerotic Persian Poetry would be complete without Saadi Shirazi, the Persian poet and prose writer. Saadi, born in 1210, is still today considered one of the greatest poets of classical literature. He’s commonly nicknamed “Master of Speech” and his words have even been quoted by Barack Obama. Saadi’s two books, Buston (The Orchid) and Gulistan (The Rose Garden) are thought of as the crème del a crème of Persian literature and both indulge into his same-sex experiences and relationships. His sexual partners tended to be young boys, often interns of carpenters and blacksmiths, which was routine for the time. 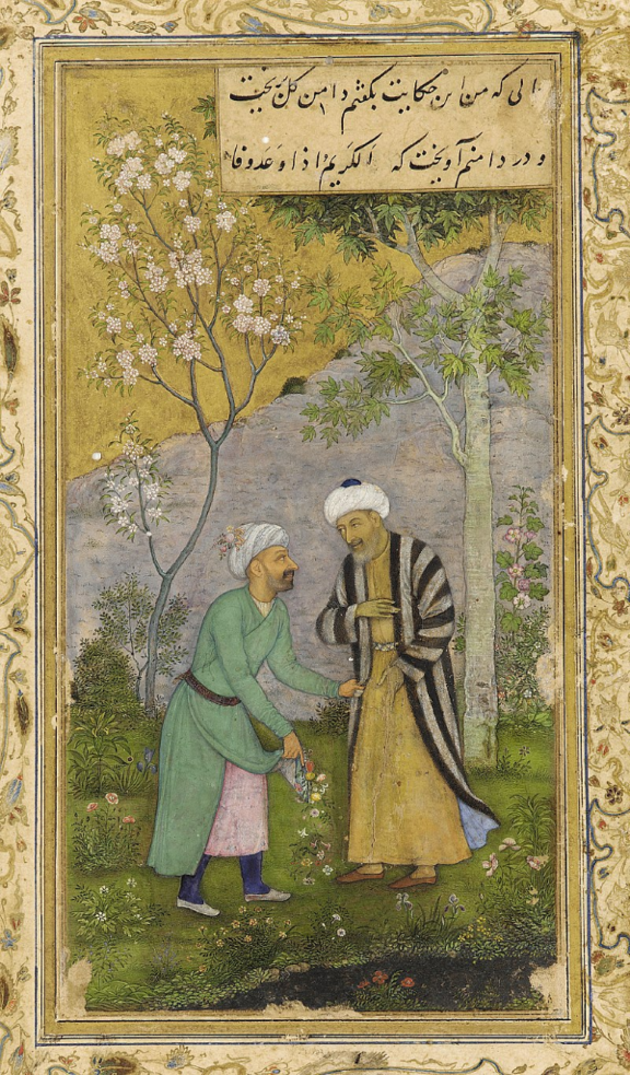 Saadi in a Rose garden, from a Mughal manuscript of his work Gulistan

Although homosexuality was typical, it was very different to our modern-day concept. This is especially apparent in what was then considered an appropriate age difference in romance. Much like the Greeks, homosexual love tended to be between an older man, known as the “Khatt”, and young boy, the “Amrad”. Once the young boy gained a beard, he was no longer fit as a lover and would instead be encouraged to find his own younger partner. “It wasn’t exactly how we would define homosexuality as we would today, it was about patriarchy,’ Ludovic-Mohamed Zahed, a gay Imam, explains “These Amrads are not having sex in a perfectly consenting way because of power relationships and pressures and so on.” There is sadly little known about same-sex love between women in this period, perhaps because of the patriarchal nature of the culture. There is, however, evidence that ancient Iranian civilisations recognized transgender people.   An analysis of artifacts from 3000 years ago at a burial site located in Hasanlu (what is now northwest Iran) showed that it is very likely this society would have had a non-binary view of gender. This is evident from the fact that around 20% of remains seem to belong to a third gender, often accompanied with both masculine and feminine artifacts, such as arrowheads and hair pins. 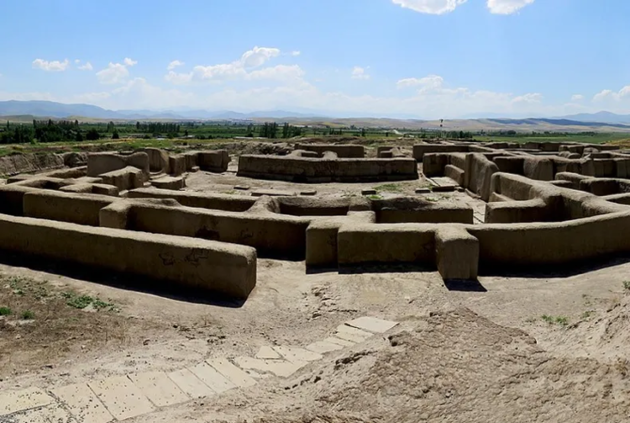 Homosexuality continued to be tolerated throughout medieval Iran, right up until the 19th Century. There were even cases of same-sex couples being featured in the news and a few bars where gay behavior would not be unusual.

All of this is in stark contrast to modern day Iran, which is considered one of the most dangerous places in the world for LGBT+ people.

These tolerant and open attitudes first began to shift in the 19th century. Much like many other areas of the world, Western views seeped into Iranian culture, acting as a catalyst in a move towards a very unforgiving and hostile environment for the queer community. Over the next 100 years, this seed planted by the West, slowly grew. Until it exploded in the form of the 1979 Revolution. This was the moment Iran became an Islamic state. While Western culture began a slow shift towards acceptance, the Middle East began to reject Western culture and in turn, built an anti-LGBT+ rhetoric. This resulted in thousands of public executions, LGBT+ people included. From this moment onward, all sexual relations outside of ‘traditional heterosexual marriage’ became illegal.  Trans people were grouped in with gays and lesbians, and all their lives were at risk.

Sachi Ghahraman, an Iranian lesbian poet and activist speaks of life before the revolution “I remember a married woman who was a distant relative, who was said to be a lesbian ... and although no one approved of her, no one attacked or insulted her. She was a very strong woman, with a husband who very obediently followed her instructions and kept quiet and seemed okay with his wife's active extramarital life.” She continues to explain how all this changed after 1979 “All the harsh treatment, the stigma and horror around gay men and lesbians began right after the Revolution with the strong force of the regime encouraging parents and the public to harass homosexuals. I had a very supportive father who would do everything to protect me, and when the party was cracked down upon and demolished and members arrested and executions started, he was convinced I couldn't stay and arranged for smugglers to take me over into Turkey via the bordering mountains. I was never out [of the closet] when I was in Iran, and I wasn't there long enough to face complications. The last person I said goodbye to before I left for the border was the woman I loved.”

In 2007, President Ahmadinejad infamously told a crowd at Columbia University "In Iran, we don't have homosexuals. In Iran we don't have this phenomenon. I don't know who has told you we have it." This statement would be laughable, if it wasn’t for the truly terrifying implications.

Since the revolution it is thought that as many as 5,000 LGBT+ people have been executed, often publicly. Today, these capital punishments are less common, yet not obsolete, and life for queer people remains dangerous.

Although capital punishment still exists for homosexuality, there are no laws against trans people, and the government subsidizes many of the surgeries associated with transitioning. Today, Iran carries out more gender affirmation surgeries, than almost anywhere in the world (second only to Thailand). For this, we have the activist Maryam Khatoon Molkara to thank. 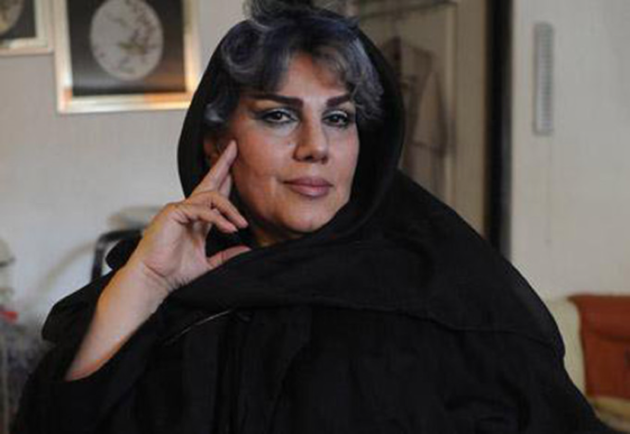 Maryam is often regarded as the “Mother of the trans community in Iran”, and is almost single handedly responsible for the fact that Iranian trans people can now openly transition. Following the 1979 Revolution, Maryam, along with countless other trans people, was forced to live in shadows, fearing for her life. For years she wrote letters to Ruhollah Khomeini, the leader of the revolution, and even travelled to Paris to confront him about trans rights. At first, this was to no avail, yet her campaign continued and in 1986 she confronted Ruhollah once again, now at his home in North Teran. At first, his guards beat her, but eventually she managed to sit down with the Iranian leader. This time, she miraculously managed to convince him to grant her, and trans people across the country, permission to transition and access to gender affirmation surgery.

This was a victory for trans people everywhere. Yet today, these surgeries have become controversial.

It has become common for gay and lesbian people to seek out, or be pressured into, transitioning in order to live out their lives in ‘heterosexual’ relationships. Iran is seeing a generation of men and women opt to transition not because that is their gender identity, but in the hope that once they have transitioned, they can live their life free to love who they love.

However, although not punishable by law, life after transitioning is often still not all peachy.

While trans people’s gender is recognized in the law, there are no laws against discriminating towards them. This means that many trans people continue to face discrimination and abuse. These laws also fail to recognise trans people who do not wish to medically transition or identify outside the binary.

Yet, despite all of this, queer communities have found ways to exist. A staggering 17% of young adults identify as LGBand homosexuality has been described as an “open secret” happening behind doors.

An anonymous Iranian reported to The Guardian that “More and more, I see gay and lesbian couples being openly affectionate on the streets. Transgender individuals live and work openly in Tehran. Gay hook-up apps like Grindr, Scruff, and Hornet are easy to access and increasing in popularity.”

Since 2010 a secret Iranian Pride has been taking place on the fourth Friday of July each year, also known as Rainbow Friday. 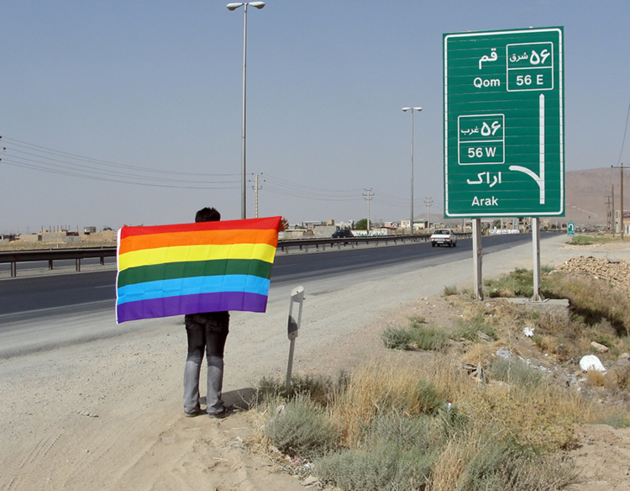 A photograph from Rainbow Friday

Then, in 2014, Googoosh, became the first Iranian pop star to publicly support LGBT+ human rights and released a music video featuring lesbian love. Although not without backlash, could this be the first signs of a more accepting generation? 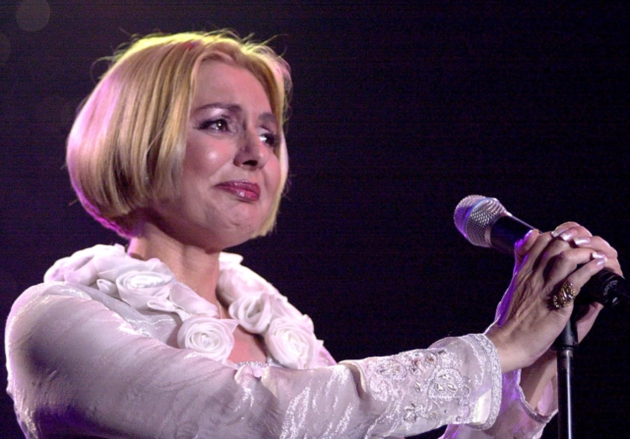 In truth, it is unsure what the future holds for the LGBT+ people of Iran, but let's hope it is one the homoerotic Persian poets would be proud of.

Thanks for sharing this super interesting and informative article.