Marvel Comic are set to introduce the first gay Captain America later this year, eighty years after the superhero first debuted in 1941.

The iconic superhero mantle is set to be temporarily taken on by gay teenager Aaron Fischer in the upcoming series ‘The United States of Captain America’, which is set for release on 2 June.

As ‘Attitude’ reports, the comic series will see everyday people from across the US take on the role after current Captain American Steve Rogers has his shield stolen, with Fischer taking on the title of 'Captain of the Railways’.

The gay teenager, who will appear in Issue One of the five-part series, is described as a “fearless” hero who protects those around him, including fellow “runaways and the unhoused”.

“Aaron is inspired by heroes of the queer community: activists, leaders, and everyday folks pushing for a better life,” said writer Josh Trujillo in a statement. 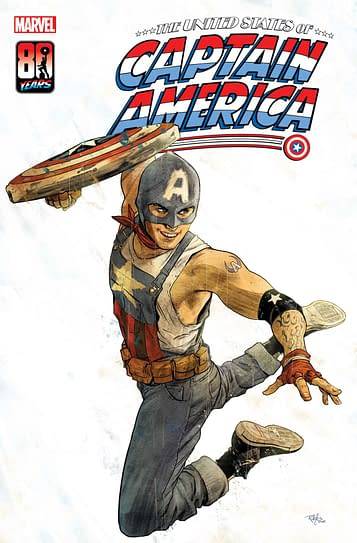 “He stands for the oppressed, and the forgotten. I hope his debut story resonates with readers, and helps inspire the next generation of heroes.”

Story illustrator Jan Bazaldua adds: “I really enjoyed designing him, and as a transgender person, I am happy to be able to present an openly gay person who admires Captain America and fights against evil to help those who are almost invisible to society.

“While I was drawing him, I thought, well, Cap fights against super-powerful beings and saves the world almost always, but Aaron helps those who walk alone in the street with problems that they face every day.

The introduction of Aaron Fischer to the comic series will naturally raise questions as to whether the character could eventually find itself into the Marvel Cinematic Universe, which has faced criticism for a relative lack of LGBT+ representation.