Pentagon officials confirmed reporting by the Associated Press on Wednesday that the Biden administration would put its new policy into place in 30 days, surely a relief for the roughly 15,000 service members who identify as trans. 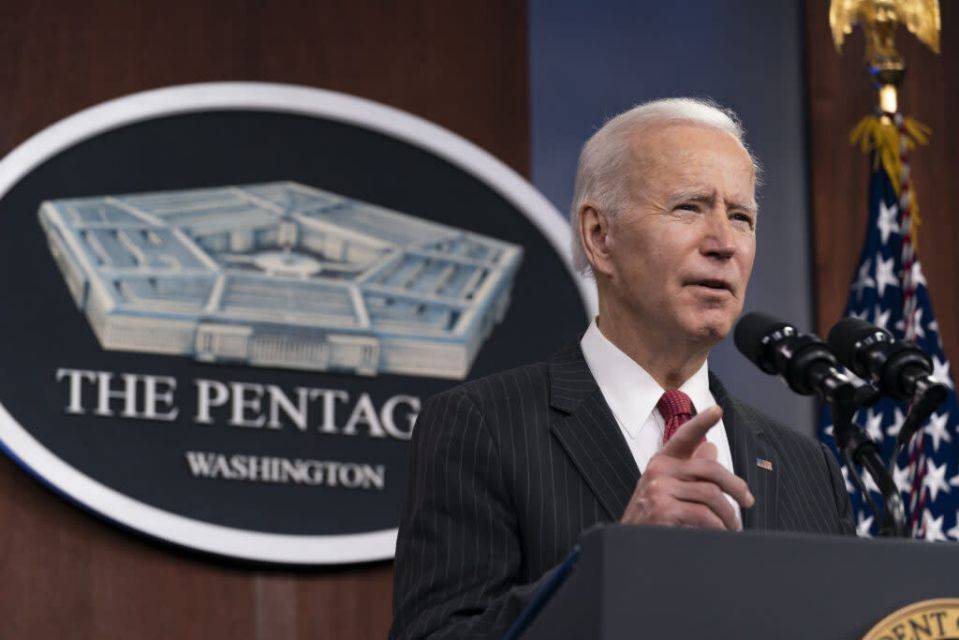 “The secretary of defense strongly believes that the all-volunteer force thrives when it is composed of diverse Americans who can meet the high standards for military service, and an inclusive force that strengthens our national security posture,” chief Pentagon spokesperson John Kirby told reporters in a press conference.

Activists who’ve pushed for this day since the Trump years are ecstatic with the Pentagon’s decision.

“We are thrilled the military is putting this ugly and shameful chapter in our nation’s history behind us and once again embracing our nation’s highest ideals of equal opportunity for all,” said Shannon Minter, legal director at the National Center for Lesbian Rights, a group that fought in court to have trans troops again serve openly.

“Eliminating the ban recognizes the valuable contributions transgender service members have made, and it will increase our nation’s strength and stability,” Minter said.

This announcement comes after a years-long struggle.

In June 2016, then-President Barack Obama’s Defense Secretary Ash Carter said the Defense Department would lift its longstanding ban on transgender service members, a remnant of the days before even the “don’t ask, don’t tell” era in which qualified gay, lesbian, and bisexual Americans were barred from serving openly in the military. The new Obama administration policy allowed for trans people to enlist and serve just as cisgender people do.

But Obama’s successor, President Donald Trump, abruptly reversed that decision with a series of tweets in June 2017.

“After consultation with my Generals and military experts, please be advised that the United States Government will not accept or allow ... Transgender individuals to serve in any capacity in the U.S. Military,” he said, arguing that the military “cannot be burdened with the tremendous medical costs and disruption that transgender in the military would entail.”

Though Trump claimed the high cost of transition-related medical care justified his ban on trans troops, according to a 2016 RAND Corporation report, the military would need just $2.4 million to $8.4 million per year to pay for transition-related care, an increase of 0.4 to 0.13 percent in health care spending. For comparison, the military spends five times that amount on Viagra alone.

Stephanie Miller, director of ascension policy at the Pentagon, confirmed to reporters that medical care costs “a handful of a million dollars per year.”

Trump’s announcement sparked years of litigation by trans rights groups and other activists, including Minter, who argued Trump’s policy was needlessly and illegally discriminatory. The Pentagon then settled on a slightly less discriminatory policy in April 2019.

As ‘Vox’ reports, President Joe Biden effectively ended that practice five days into his administration. He signed two executive orders which prohibited “involuntary separations, discharges, and denials of reenlistment or continuation of service on the basis of gender identity or under circumstances relating to gender identity.”

“It is my conviction as Commander in Chief of the Armed Forces that gender identity should not be a bar to military service,” Biden said in a statement at the time.

Hours later, Defense Secretary Lloyd Austin said Biden’s decision also extended to trans people who wanted to join the military: “Prospective recruits may serve in their self-identified gender when they have met the appropriate standards for accession into the military services.”

Wednesday’s announcement — which fell on the International Transgender Day of Visibility — was the official notice that the Trump-era policy had been reversed and effectively brought back to where it was under Obama.

Trump's Trans Military Ban is Over