Queer China UK is a home for the Chinese LGBTQ+ diaspora, a space for them to explore their identity and connect with their community, safely and freely. Founded by activist Quiyan Chen fueled by her need for a space where she felt she belonged – stuck feeling out of place in both LGBTQ+ spaces and Chinese ones. Zoe Schulz from myGwork spoke to Quiyan about how she created Queer China UK, the vital work it is doing to create a home for the queer Chinese diaspora, especially during the pandemic, as well as her work as an activist which has involved several lawsuits against the Chinese Ministry of Education.

Hi Qiuyan – can you tell us more about yourself and your work?

I am Qiuyan Chen, born and raised in Southern China. I moved to the UK in late 2018 and started my postgraduate program at the London School of Economics.

I am proud to say that I am an LGBTQ+ rights activist. When I was an undergraduate freshman, I worked as a research volunteer in a grassroots LGBTQ+ organization, which helped me to better understand who I am and make more queer friends. Later, I established my action network, LGBTQ+ Youth Action Alliance, and initiated China’s “Say 'No!’ to Homophobic Textbooks” and “All Teachers out for LGBTQ+” campaigns to promote equal treatment of the LGBTQ+ community in the education and legal systems.

The life experience of living in the UK made me realize that the Chinese-speaking queer diaspora lacked sufficient support and visibility, so I started to organize some events mainly aimed at queer Chinese people, and soon set up Queer China UK, which is a new entrepreneurial journey for me to continue social justice work overseas! 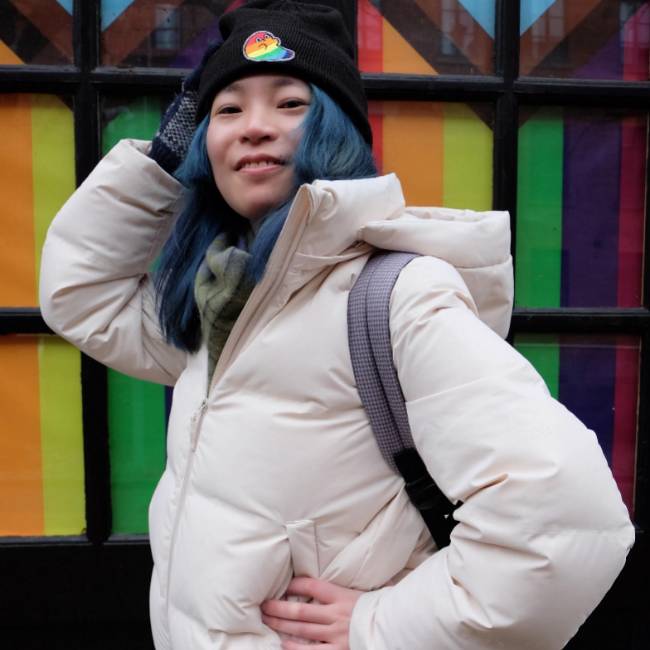 And how did you first get into activism?

My queer friends helped me accept my lesbian identity when I struggled with my sexuality. However, some LGBTQ+ students I knew were not lucky. In the process of self-identification, due to the homophobic campus environment, some were experiencing severe depression, some had difficulty concentrating on their studies, and some were even forced to drop out.

I contacted editors, teachers, university principals and other educators via email to point out the homophobic issues but received very few responses. In the only reply, the school librarian said that the homophobia context in the textbook was freedom of speech. An editor, who is also a psychology professor, replied, “I don’t want the majority to be homosexual, and we should correct those teenagers with homosexual tendency as early as possible since we cannot allow the idea of diversity to mislead the evolution of human beings and the development of a normal society”.

The 'I don't care' attitude and homophobic remarks made me angry. We cannot be silent anymore. Therefore, I decided to stand up and start a long-term campaign against homophobic textbooks. Between 2014 and 2018, I have pursued three lawsuits against the Chinese Ministry of Education and a higher education publishing house, over homophobic textbooks. My queer comrades and I have also tried all kinds of strategies, including performing street art in public places, filming videos, holding art exhibitions, and lobbying with editors one-on-one to correct homophobic context and call on everyone to pay attention to the issues of LGBTQ-inclusive education.

In general, when facing indifference and homophobic attacks from the hard high wall, and seeing the sufferings of my community, I must speak up and show mainstream society our demands.

So, how did Queer China UK start?

I had the idea of going overseas to study gender studies a long time ago, but my family was unwilling to provide financial support since they preferred spending the money on my younger brother’s education, which was not surprising to me. I tried to apply for scholarships and although I didn't expect to get it, I did (this is really a life-changing opportunity for me)! Therefore, my journey to study abroad suddenly began. This is my first time living overseas, feeling curious, excited, and free!

But a few months after arriving in the UK, life became full of challenges. Study assignments, difficulty in understanding English, culture shock, conflicts with family, harassment from strangers, all made me burst into depression and I even wanted to commit suicide several times.

I tried to seek outside support, such as joining social groups. When in the Chinese community, I often hide my sexual orientation to avoid being discriminated against, intentionally or unintentionally. At the same time, I participated in many LGBTQ+ events in the UK and volunteered for LGBTQ+ organizations. However, due to language barriers and cultural differences, I found it difficult to keep up with their conversations and to have in-depth communication. On both sides, I felt that I had no sense of belonging. As a queer woman diaspora, I often feel that there is no home anywhere, neither here nor there. Even though I live very hard and study very hard, there are always challenges and dangers ahead waiting for me. I always feel exhausted, powerless, and frustrated.

Later I realized that although Chinese students make up the majority of international students, no organization or group focuses on Chinese LGBTQ+ newcomers. In addition, with the intersectional identities, it's not just me who has the marginal feeling that I can't be myself both in the Chinese group and the Western queer group! I talked to the staff of the student union about my idea of organizing events aimed at LGBTQ+ students from Mainland China. They were happy to provide the university as a venue and a small amount of financial support. I was so excited since it was almost impossible to get the support of universities to hold LGBTQ+ events in China. After that, I organized and hosted several gatherings, where we shared our coming out stories, interesting things around us and so on. It was a much-needed space where we could finally talk about our experiences in our own language and meet peers from the same cultural background.

Our community has various needs, but Western society does not provide us with enough support or even ignores our voices. Therefore, I decided to establish Queer China UK to maintain the queer Chinese diaspora network, making it become a sustainable and supportive community network. 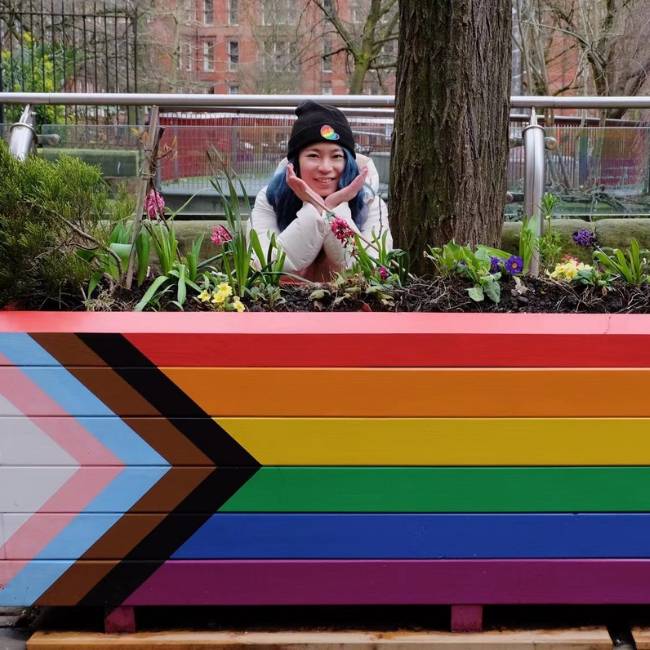 What are some of the main goals of Queer China UK?

Firstly, Queer China UK wants to be the “home” for queer Chinese diaspora and allies, building a sense of belonging within our community. For example, in 2020 we launched the Chinese Gender-friendly Mutual Support Program to help the Chinese community especially newcomers have a happy and safe time in the UK during the pandemic.

Secondly, to break down language barriers and cultural differences, we aim to make UK-based resources accessible for queer Chinese people. We provide Decolonizing Queer Tours in Mandarin and Cantonese in the landmarks like the British Museum, National Gallery and West End, which are our popular services. People can understand the hidden queer stories without worrying about language. Besides, we add cultural sensitivity to the tourism narratives to make the audience feel their connection with the West. We also have a translation volunteer team to provide interpretation for our English-speaking events.

Thirdly, facilitate the connectivity and communication between the Chinese queer community and other communities with different cultural backgrounds. We have launched UK-China Queer Dialogue Series, which mainly provides the platform for knowledge exchanges, skill-sharing and alliance building between the Western and Chinese LGBTQ+ communities. 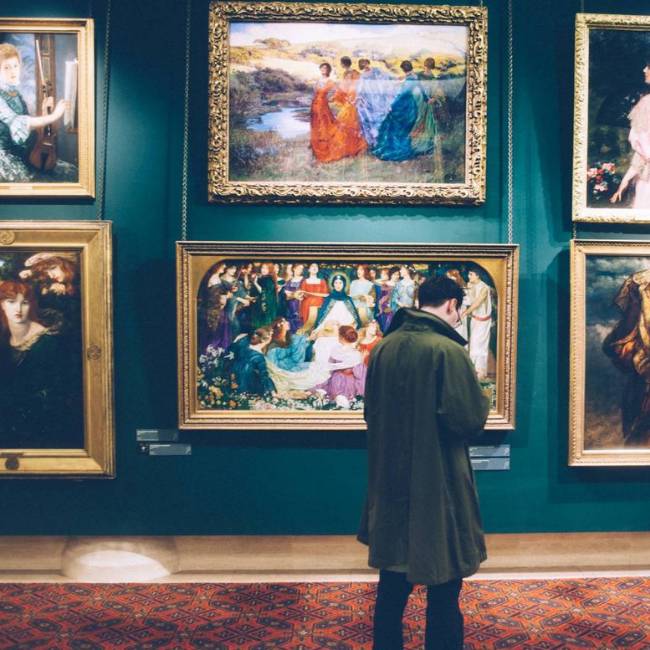 And what are some of the things you’ve achieved so far?

Earlier this year, co-founder of Queer China UK, Jamie Chi and I completed a documentary & photography project, Safe Distance, documenting the lives of Queer Chinese in the UK under COVID-19. We just organized the documentary screenings in cooperation with the British Library, the Bishopsgate Institute and other organizations in the UK and HK. Safe Distance photography exhibition is currently held at LSE library until the end of March 2022. When seeing queer Chinese stories are presented in the public space, I feel empowered and supported. Especially I am not just an observer, but the activist who make it happen and promote the visibility of Chinese queer in the UK. 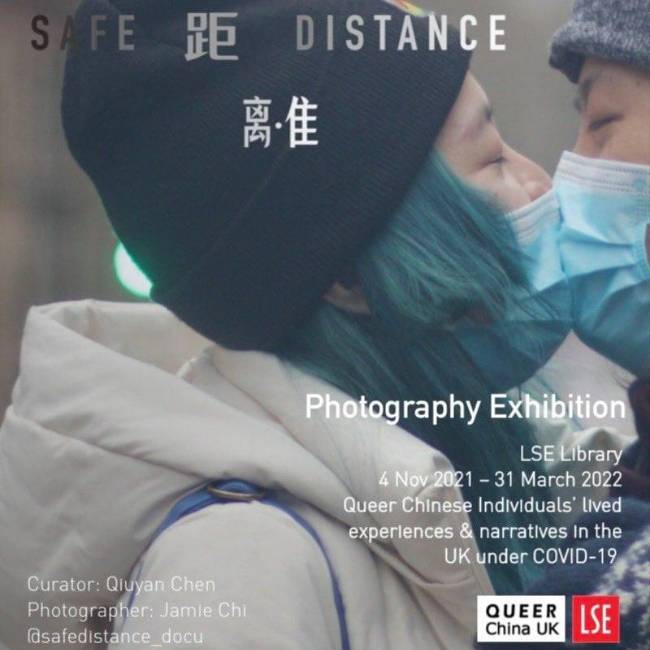 You’ve mentioned the lawsuits you led against the Chinese Ministry of Education and a higher education publishing house – can you tell us more about this?

During 2014 and 2018, I filed lawsuits against the Chinese Ministry of Education and a higher education publishing house after the email and telephone communication failed. I requested that they must correct the stigmatization of homosexuality in the textbook.

As for the case results, some cases were simply lost, one case I gave up and two cases were refused by the court.

It would be disappointing to only look at the results of the cases, but the social impact of these lawsuits is huge and positive. Because of these cases, we let the public and the media know about the issue of homophobic teaching materials and let everyone realize that these descriptions in the books are wrong. Students – both LGBTQ+ and allies – took the initiative to contact the editor to report the problem when seeing homophobic content. Some editors saw the news, realized that the textbooks they wrote were wrong, so they took the initiative to correct them; one editor even contacted me to ask if there are any LGBT-friendly book recommendations. These are all important changes our activism has brought to society.

You also founded Youth Grassroots Action Alliance – what is this group and why is it important to you?

I believe, the equal rights movement is not a matter of a few elites, but the joint participation and contribution of all of us.

Therefore, when I advocate LGBTQ+ equal rights, I also put my focus on youth empowerment and community education. Youth Grassroots Action Alliance is a network of LGBTQ+ student activists, aiming to promote LGBT-inclusive education. I hope to encourage more young people to participate in the affirmative movement.

What are some of the challenges within activism and fighting bigger institutions?

As a student activist, I experienced media censorship, suppression from the government and university, the threat of not letting me graduate, and informing my parents (which led to me being outed). Some LGBTQ+ organizations that supported me also faced police harassment and office evictions. This is a common experience for many activists.

What advice would you give to others wanting to pursue activism but not sure how to?

Find your community and talk to like-minded people. Don't wait until everything is clear to start activism. Many things become clearer in practice.

You’ve achieved so much already - what do you hope to do next?

Based on the previous achievements, we plan to hold the Queer Chinese Community Art Festival every year to amplify the voices and life experiences of emerging artists and talent. As well as launching our Queerness of Chinatown project, which aims to discover and record queer Chinese voices in the past and present.

How can people support your work?

Queer China UK needs a lot of support! We know the importance of maintaining the queer Chinese community in the West, so we have been working hard to make it sustainable and influential.

Firstly, donate to us via https://queerchinauk.com/contact/ . Every support counts. Secondly, we welcome connections, recommendations, resource sharing, speaking engagements opportunities, etc., so if have any thoughts as organizations or individuals, please feel free to contact us.