My name is Louise Healey and I am a supply planner within BLE and in the passives cell. I have worked in RS since September 2014 I joined after being made redundant in my previous employment and my dad who has worked here for over 30 years encouraged me to apply as he has always said RS is for life once you get in you will never want to leave and that is true so far.

I would say to any new parent of someone in the LGBT community is to take each day as it comes and that some days are harder than others, but it does get easier to understand as long as your child is safe and happy both your journey should be something to be proud off.

My daughter Georgia at the age of 11.5 told me that she no longer can bare to be female and wished to start a new journey as a male called Jordan as you can imagine this was a huge shock at the time I didn’t see it coming and I felt devastated and scared. It took me a good few months to get over the feeling that I was grieving my daughter which may sound stupid and selfish but I did feel like I lost a child I couldn’t shake the feeling off in till one day it hit me that he was so happy the happiest I had saw him in a long time. He had all his long beautiful hair cut off and was wearing all boys clothing including boy’s underwear, this gave him such a confidence boost within himself. 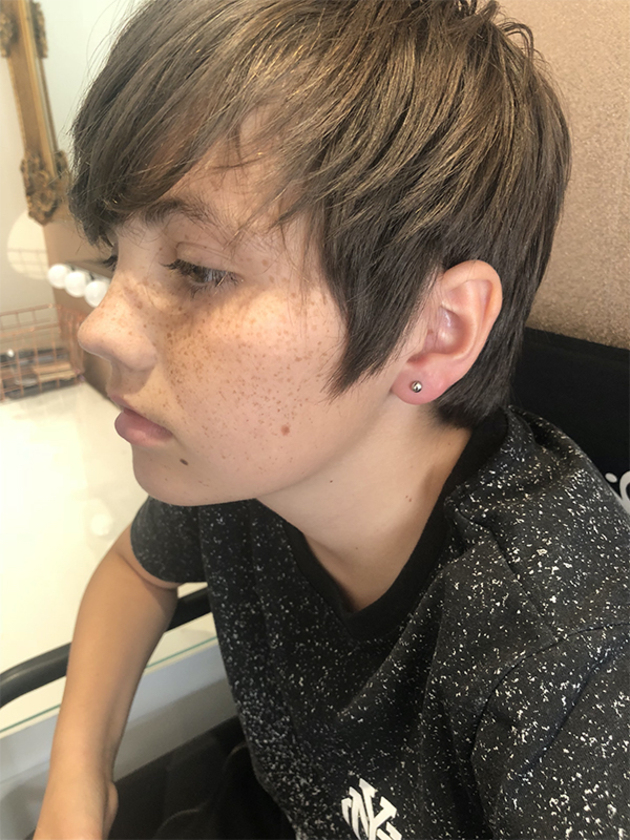 Advice I can give is to listen to your child don’t be thinking about all the negative things like what will people say and will they get bullied because I did and I ended up torturing  myself daily with worry but in the end it doesn’t matter what people say and as for the bullying as hard as it has been for Jordan it has made him so much stronger and even more determined to live his life how he wishes to.

When Jordan came out as transgender I didn’t have a clue who to talk to till a colleague mentioned Preston to me, it took me a few days to pluck up the  courage to ask him to talk but as soon as I did he met with me straight away and explained so much  and answered questions for Jordan that he had wrote down and after that first chat I took Jordan and my husband and Jordan’s siblings round to Preston’s house to meet him and his family, it was such a special time and one that I won’t forget and either will his dad because we came out of their home feeling so much more positive and reassured that actually Jordan can have a normal life and have a family of his own one day.

Preston has done amazing work for LGBT and Diversity within RS there wasn’t anything in place till he changed that. He has helped make the workplace a better happy place to want to work, I know I have many people I could go and have a chat to if it’s one of those days where you just need to chat, and nothing would be thought of it. A happy workplace is the best kind of workplace.

I have many joys with Jordan although he is no longer Georgia I have such a lovely caring son who I know will always make me proud no matter what he does. I cannot wait to see what his future holds for him and see the man he grows up to be. I may have  lost a daughter but i gained a Son…A HAPPY SON . 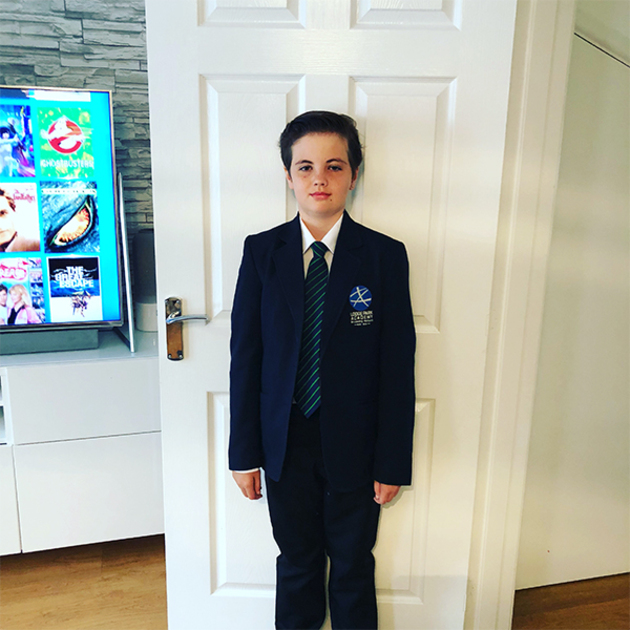 We have many challenges but most children do even if not in the LGBT community but we have found that the school has been an issue in the sense of education he still two years later has teachers calling him ‘ she ‘ or ‘ her ‘ and a lot of students being nasty with comments and picking fights with him and asking personal questions so this is really hard to deal with and I feel powerless that I physically cannot do anything apart from be there for him and get the school the education they so desperately need. Preston has put some plans in place for Diversity Role Models to go into school and provide some training. I am very excited about this and again this is all down to Preston and RS to making it happen not only for Jordan but for other students currently going through the same or other circumstances and for all future students.

Jordan is very impatient he wants physical changes to happen now as he is obviously still developing as a female which is hard, but he has a long process to go through before he gets to the point of being given anything permanent. All I can do as a mum is help with what is within my power.

I would encourage anyone to help and support the LGBT community even if you don’t directly have anyone involved you can always be there for someone to talk to.