RuPaul will be the first guest judge on the upcoming WOW Presents Plus series Painted With Raven. 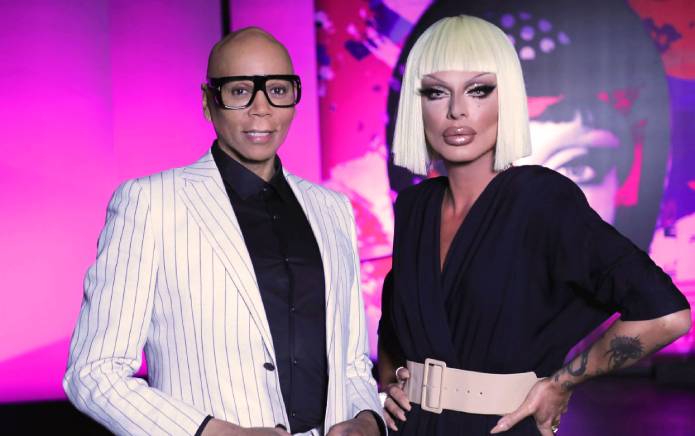 Makeup artists from all corners of the United States will compete in a variety of challenges to win a $25,000 cash prize.

The twist is, the contestants will be competing from the comfort of their own homes.

RuPaul also serves as Executive Producer alongside Randy Barbato, Fenton Bailey, and Tom Campbell of World of Wonder, according to Gay Times.

She isn’t the only Drag Race cameo you can expect on the series – the most recent trailer reveals that season three winner Raja, who has also served as Raven’s co-host on Fashion Photo Ruview since 2014, will also make a special guest appearance on the panel.

“Makeup is something I’ve always been very passionate about,” Raven said at the time of the show’s announcement. “It is what’s ultimately started me on my drag career. I’m so happy to be hosting something I absolutely love to celebrate… a reality competition about FIERCE MAKEUP!”

Barbato and Bailey, World of Wonder co-founders, added: “Raven has dazzled audiences worldwide and we are so excited to welcome her as our host on the journey to find the next emerging makeup superstar.”

Raven, who is best known as the runner-up of season two of Drag Race and All Stars 1, snatched her first ever Primetime Emmy Award for Outstanding Makeup for a Multi-Camera Series or Special (Non-Prosthetic) in 2020.

Painted with Raven will premiere on 25 November exclusively on WOW Presents Plus.

RuPaul Calls Out ‘Drag Race Down Under’ Contestant For Racist Past