Mayor of London Sadiq Khan has defended the presence of police at Pride in an exclusive interview with ‘Gay Times’.

The presence of police at Pride events has been one that divides a community. For many, the presence of the Metropolitan police can seem hostile and a threat to personal security.

As public trust in the police falls under scrutiny, the mayor of London has wholeheartedly backed the service and said it has made “huge progress” in the last few years.

“It’s really important that we recognise the progress has been made. One of the reasons why LGBTQ+ members of the police service like marching in Pride in London is because of the sense of solidarity,” Khan said in the interview.

As part of his manifesto pledge to support the LGBT+ community, Khan reiterated his zero-tolerance attitude towards hate crime. However, many question whether this will make a visible difference in the Metropolitan police service.

Khan has promised to address these concerns and concentrate efforts to reassure LGBT+ Londoners. 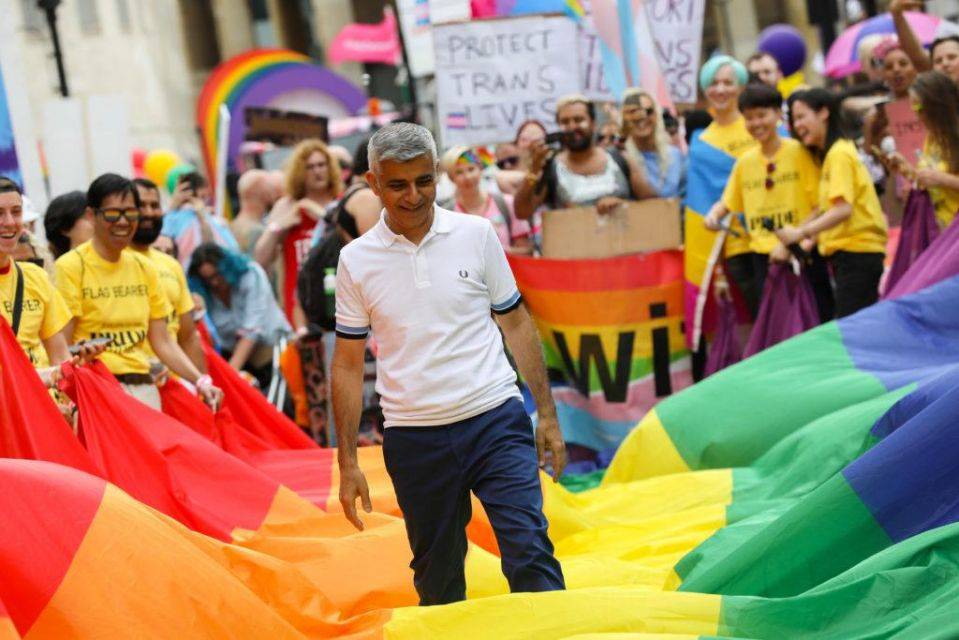 “I’ve invested more in supporting groups like Gallup to make sure we root out any form of hate crime in our city. There’s been more recording of it, which is good but we need to make sure there are more prosecutions. We want the police to be allies in our fight against hate crime,” he explained.

He added: “It’s really important that we recognise that in the police service, the fire service, in Transport for London, in City Hall, and in a number of large institutions within our city. The LGBTQ+ community contributes hugely to their success and hugely to our city’s success. We will learn to be as inclusive as possible, rather than excluding people.”

Tackling discrimination and prejudice is a priority for the Mayor of London. He has ensured the Met police is doing its best to address these issues inside the police service sector.

“The Met police commissioner herself said last year, [and] accepted, that the police service isn’t free of racism, bias and discrimination. And that means we’re more determined than ever to root out any issues the police have, which is why we published an action plan,” Khan said.

Sadiq Khan has said he is committed to tackling hate crime against LGBT+ Londoners and protecting LGBT+ spaces and venues in the city.

In hopes of addressing the needs of the community, the mayor has said he has spent “time listening to and engaging with London’s diverse communities” ahead of the mayoral election.

“I want London to be the most welcoming city in the world for members of the LGBTQ+ community that bridges across the country and across the globe,” he said.

“It’s really important that City Hall uses all the powers and leaders we have to make sure that we recognise that diversity isn’t a weakness, but it’s a strength.”

The 2021 London Mayoral Election will be held on 6 May 2021. You are eligible to vote if you are aged 18, a British, qualifying Commonwealth, or EU citizen and living in London.