The ‘It’s a Sin’ star has joined forces with trailblazing LGBT+ rights activist Peter Tatchell to call on the UK government to stop dragging their heels and ban the abhorrent practice.

Fry and Tatchell launched the ‘Stop Dithering’ campaign on Monday (8 February). As part of the new campaign, they are asking people to sign a petition to be delivered to the government calling for the pseudoscientific process to be outlawed.

“Any attempt to change a person’s sexual orientation or gender identity is unethical,” Fry said in a statement.

“I urge you to sign this petition and call on the UK government to act swiftly to honour its pledge to make this cruel, contemptuous and harmful practice illegal,” he added. 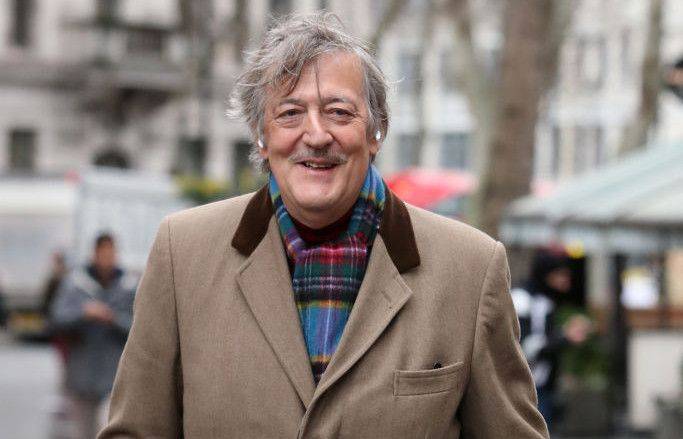 “No one should be told their sexual orientation or gender identity is something that is flawed and requires changing.

“The practice is based on the bigoted assumption that being lesbian, gay, bisexual or trans is a defect or illness that can be ‘cured’.

“LGBT+ conversion treatments are damaging and discredited. They have been condemned by all major UK medical, psychological and counselling organisations. Attempts to shame or pressure a person into denying a core part of who they are can have a devastating impact on their mental health and wellbeing.”

Tatchell want on to lambast the government for its failure to enact a ban on the traumatising practice, noting that Germany, some US states and parts of Australia have managed to introduce legislation to put a stop to conversion therapy.

“While Boris Johnson and Liz Truss procrastinate, people continue to suffer as a result of this quack practice, which has been linked to anxiety, depression and self-harm.”

Truss, the government’s equalities minister, said she would be “bringing forward plans” to outlaw conversion therapy in June 2020, and in July, Johnson said the practice “has no place in a civilised society”.

Despite this, they subsequently claimed the government would have to do more research before banning conversion therapy, and it remains legal across the UK.

The practice has been condemned by various health and psychiatry bodies across the world, including the American Psychiatric Association, the American College of Physicians, and the American Academy of Child Adolescent Psychiatry.

A survey conducted by the Ozanne Foundation in 2019 found that one in five survivors of conversion therapy in the UK later attempted suicide, while two in five said they had suicidal thoughts after undergoing the harmful practice.

Meanwhile, less than a third of those surveyed said they went on to “lead a happy and fulfilled life”.