The USL Championship football league is returning to action this week, and the Phoenix Rising are starting their season against the San Diego Loyal. Last fall, when the two teams last faced each other, the Loyal walked off the field after a Rising player allegedly used a homophobic slur directed at the Loyal’s Collin Martin, the only active out player in the big five American sports leagues.

Those events might have made the team a favorite of anti-LGBT+ people, but the Rising isn’t here for it, and they made it clear online.

The Rising was promoting their match against the Loyal in a tweet. Someone replied under it asking, “when is straight pride night?”

“We’ll let you know when we have a**hole night,” they said, “and we can honor you at halftime.”

The person that asked for a “straight pride” event didn’t take the response too kindly, claiming he thought the team was for “equality.” The internet wasn’t having it, though.

Even the Loyal jumped in, saying they “love this” energy from the Rising. Other soccer teams did, too. 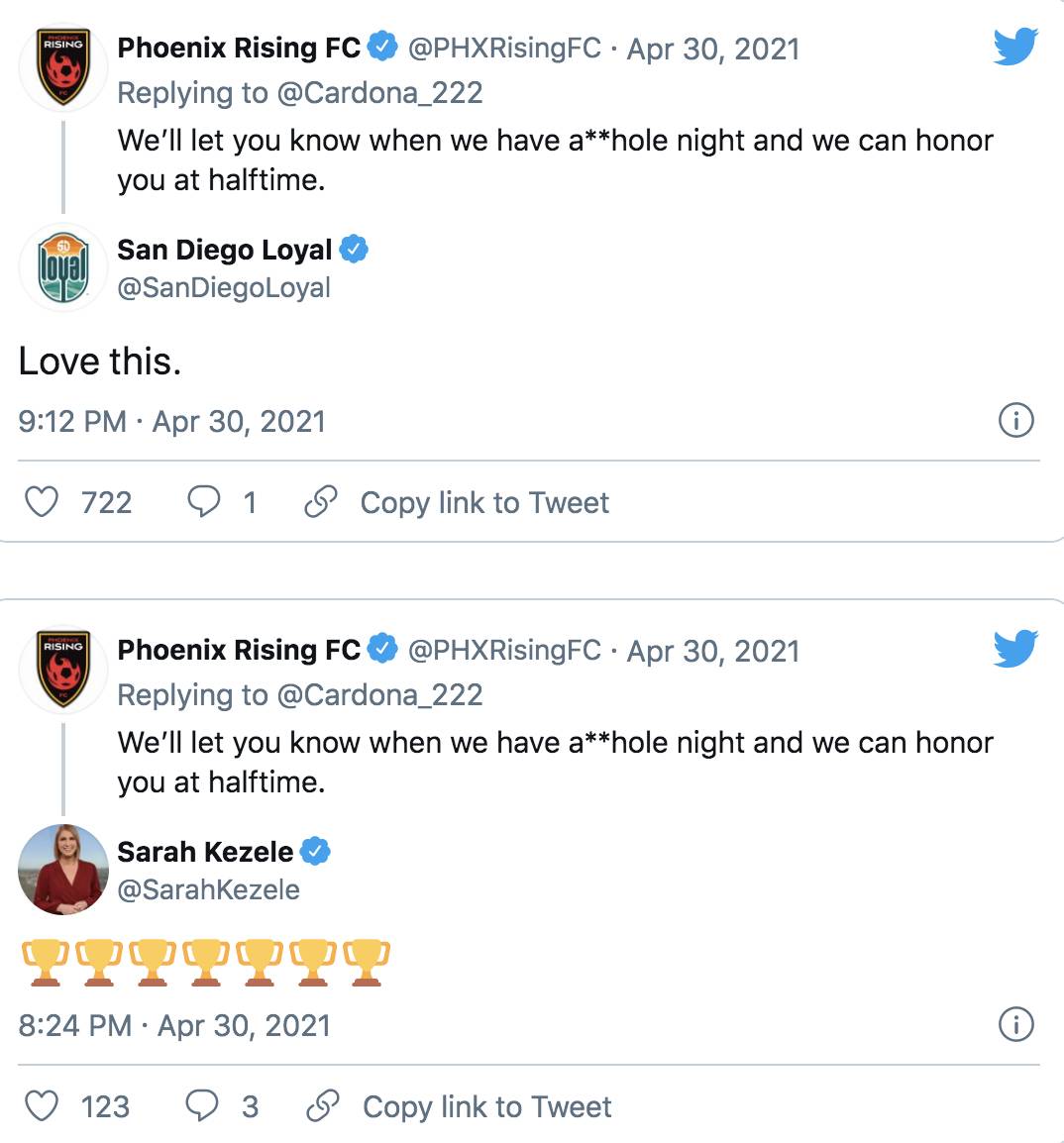 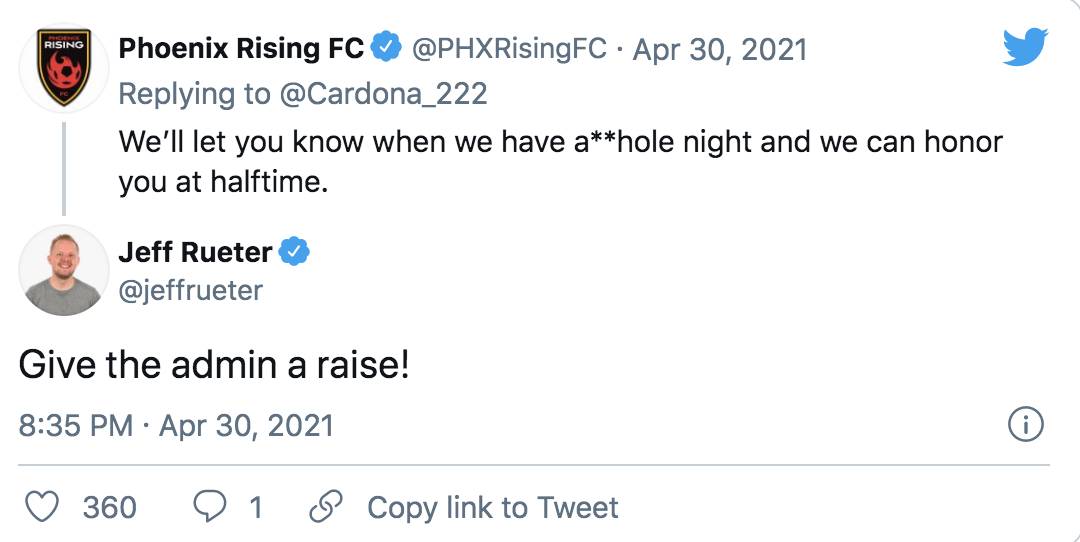 The team’s response made clear that they are not standing for disrespecting the LGBT+ community any further, which is a near-180 from where they stood six months before, as ‘LGBTQ Nation’ reports.

The team and the Major League Soccer (MLS) affiliated league became headline news in October when the Loyal walked off the field and forfeited their match against the Rising.

The Loyal, coached by champion soccer star Landon Donovan, was in the lead at the time by 3-1. The Rising’s top scorer, Junior Flemmings, was accused of using a derogatory Jamaican term and directing it at Martin, but the Rising initially came to his defense.

They wouldn’t even acknowledge that Flemmings used the term when approached by Donovan. The Loyal stood behind Martin, and after leaving the field for halftime, the players returned, took a knee, and refused to play.

The week before, the Loyal had also forfeited a match against the LA Galaxy after an opposing player used the n-word in reference to Black teammate Elijah Martin.

The decision to forfeit both matches played a pivotal part in the Loyal not qualifying for the playoffs.

“The team came into tonight needing a win to stay alive,” sportscaster Jack Croni said. “The sacrifice that they are making, taking away their own points, made it that much more powerful.”

The Rising went to the Championship Final, but it was ultimately canceled due to players on their opponent’s team testing positive for COVID-19. That left the Rising becoming the league’s co-champion as the Western Conference champion.

Afterward, Flemmings was fined and suspended six games, as was Rising head coach Rick Schantz. Afterward, the team put Flemmings on administrative leave for the rest of the season until his contract expired. He now plays for the Birmingham Legion.

The two teams then entered into a joint effort “to work toward the eradication of racist and homophobic speech in professional soccer” and Schantz apologized on behalf of the team; Donovan, Martin, and the Loyal accepted. Both teams also took part in a restorative justice program with Common Goal, which works with soccer stars and teams around the world to join a “collective force for social change.”

“When you change from tolerance to acceptance, it’s a big step. And I want to go from acceptance to someday being a real ally. But before that, I know I have a lot of amends to make,” Schantz said to Outsports ahead of their first match after the events.

The two teams will come together at halftime and hold a “Proud Forever” banner, while the Rising will sign the UNITY Pledge, which is a commitment started by One Community for organizations to maintain an environment of respect and inclusion. More than 3,300 businesses in Arizona and over 20,000 Arizonans have taken the UNITY Pledge, the One Community website stated.

The Rising and Loyal’s match is being broadcast on ESPN2 at 10:00 PM Eastern.