For this month’s theme of travel, myGwork wants to help you plan your perfect music-inspired trip. Now that concerts are back again in most parts of the world, it is time to get ready and book your next gig. From Australia to Eastern France, the live music area has a lot to offer in terms of experience. Would you prefer watching your favorite artist perform in Roman ruins or above the water? There are choices for everyone’s tastes.

Probably the most beautiful but also most iconic venue in the United Kingdom, the Royal Albert Hall had to be on our list. Located in South Kensington, on the edge of Hyde Park, the elegantly round-shaped concert hall holds around 400 events each year and can seat over 5,000 people in its main room. The Grand Organ of the Royal Albert Hall is the second largest organ in the UK. The Victorian building welcomes artists of all genres, from BBC Proms’ orchestras to rock bands but also film screenings and ballet performances. 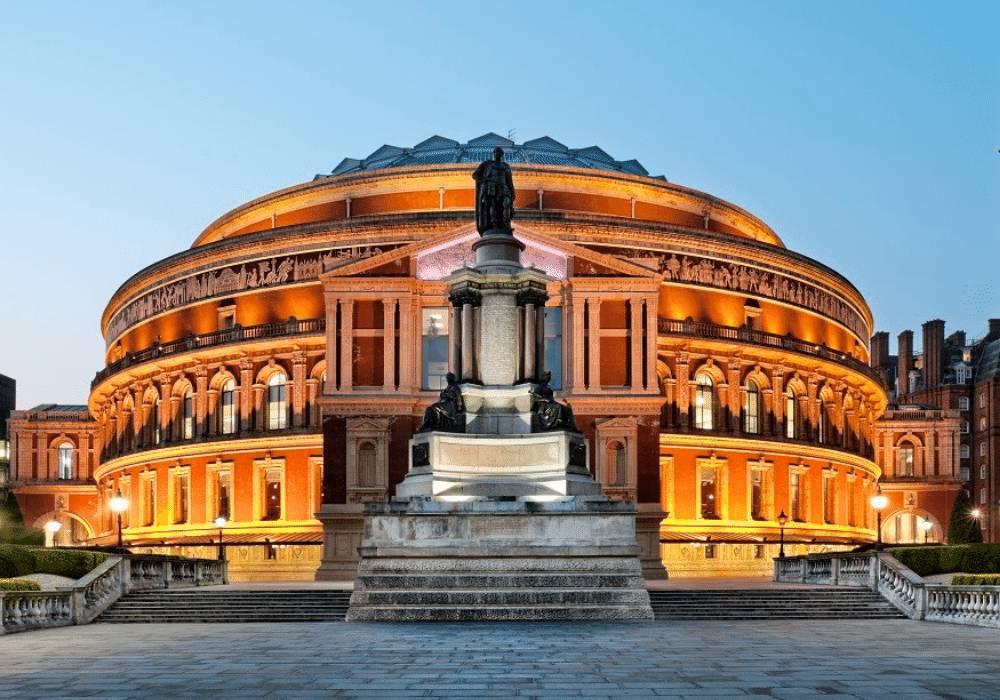 One of the most beautiful venues for artists to perform is the old theater on a hill overlooking Lyon in the East of France. The Gallo-Roman theater of Fourvière holds the annual festival Les Nuits de Fourvière from May to September with artists playing almost every day alongside stand-up shows and plays. While last year obviously had to be cancelled, the 2019 edition welcomed names such as Eddy de Pretto, Bon Iver and New Order. A good sound in that kind of place is hard to reach, but the Fourvière team knows how to make it work to create the experience everyone’s looking for: a historical place above a beautiful city and high-quality music. This year is receiving a lot of queer artists such as Woodkid and Pomme. The tradition is to throw the pillows used to sit down on the ruins to the stage at the end of every performance. With just above a thousand capacity, the events sell out quickly so watch out for the 2022 line-up. 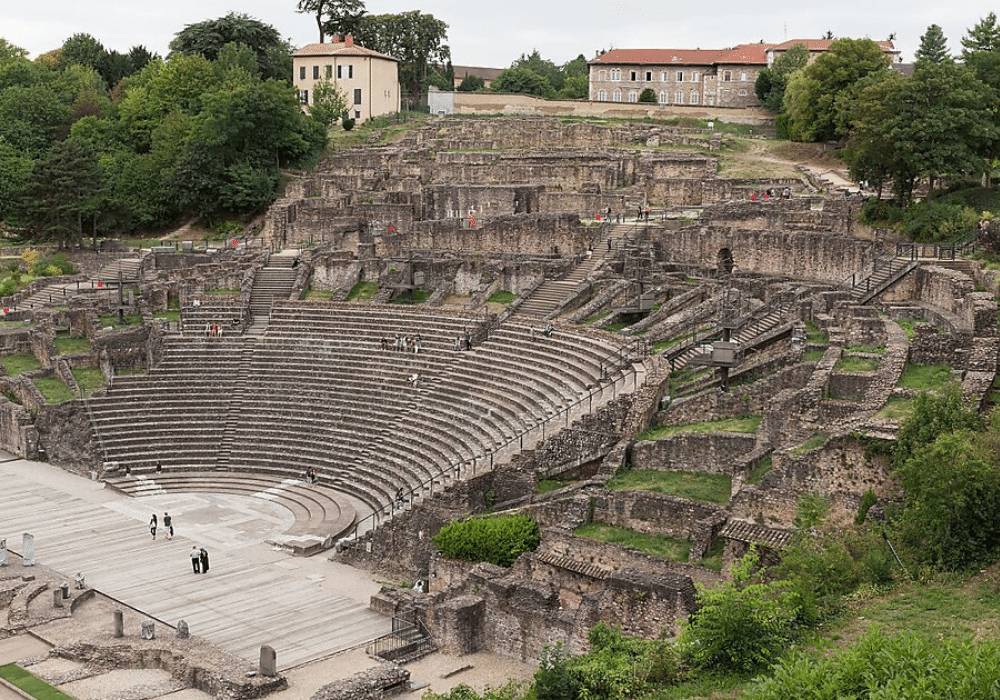 Another breathtaking outside amphitheater but this time on the other side of the ocean is Red Rocks. Located ten miles from Denver, in the United States, Red Rocks Amphitheater is a 9,000-capacity music venue rising at 6,450 feet above sea level, in between two red-tinged sandstones. Its geological formation added to the panoramic view of Denver is what make Red Rocks so spectacular and impressive. Its natural shape gives the amphitheater an acoustic impossible to recreate in an indoor environment. Mainly used for rock performances, Red Rocks is also receiving a wide range of artists – the queer icon Halsey being one of them. You can plan other activities such as yoga and cinema. 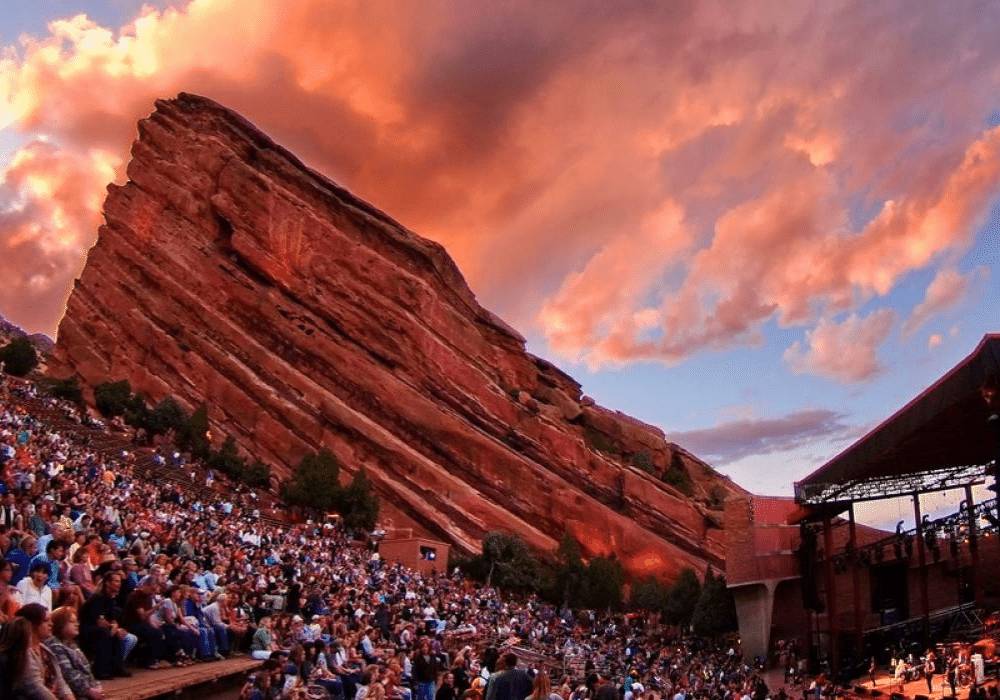 Located in Rattvik, Sweden, the Dalhalla theater is carved in a 20th-century limestone quarry. Its origins go back to 360 million years ago when a meteorite crashed and formed Lake Siljan. It created an outdoor venue with near-perfect acoustics, with no echo or ambient noise. A traditional swim in the lake adds to the experience of going to Dalhalla. With only around 20 musical events being held in the theater each summer, but the line-up is carefully picked. 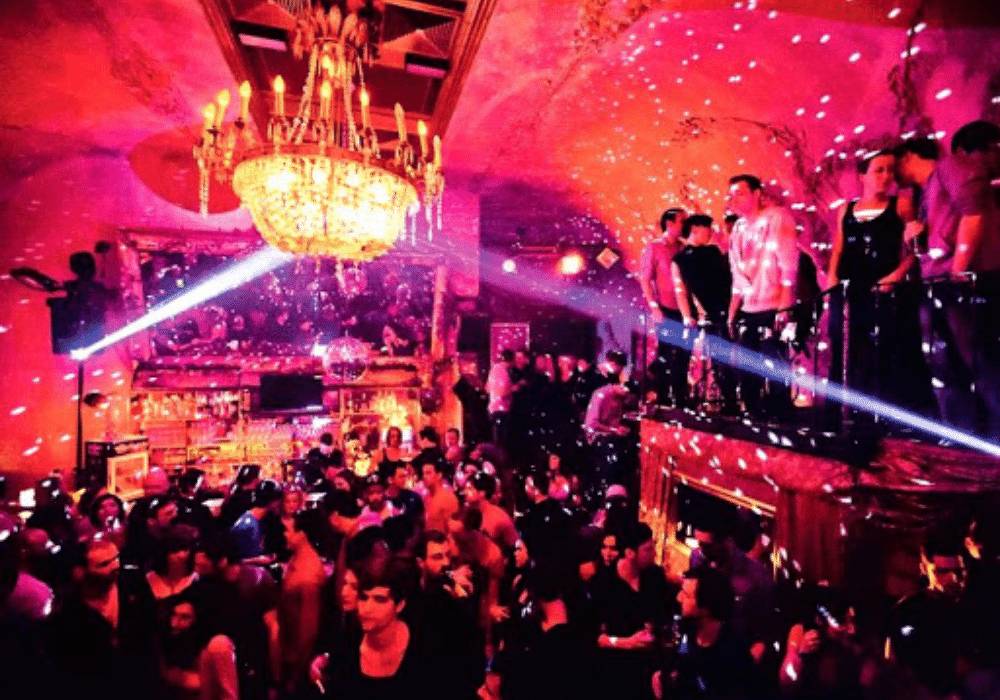 As well as being a historical music venue, Sydney Opera House is also the main landmark of Sidney with its roof structure shaped as shells. Sitting on Sydney Harbour, Sydney Opera House offers a wide range of different performing arts including Opera, Music, Theatre and Dance. With six performance rooms, the building can host over 2,000 events a year. As well as the previously mentioned venues, Sydney Opera House is the home of a lot of different music genres. Opera is its main purpose but a lot of huge names have performed in the venue. While travelling to Australia is still almost impossible unless you are there already, Syndey Opera House is to be added to the checklist for the time when borders reopen. 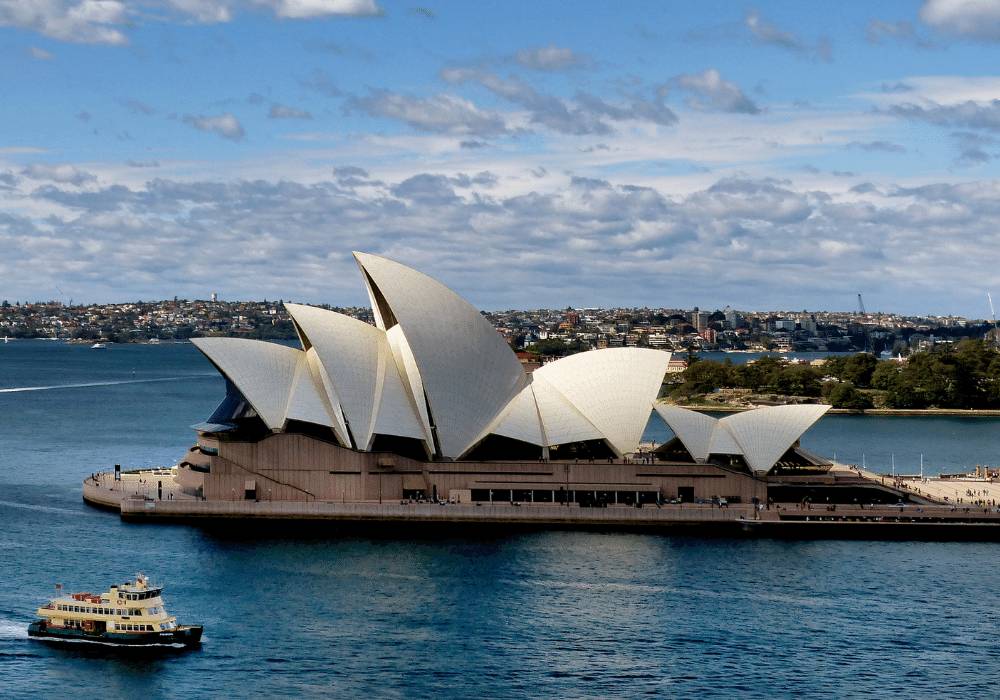 Located in Hamburg, Germany, Prinzenbar was originally one of the oldest cinemas in Europe. It has now been turned into a venue holding concerts and club nights. Its interior is extravagantly decorated with chandeliers and stacco, giving it an incredible vibe for the iconic gigs happening there. Alternating with electronic music, artists such as David Bowie and Bloc Party have also given Prinzenbar famous performances. Its main hall can welcome 1,500 people. 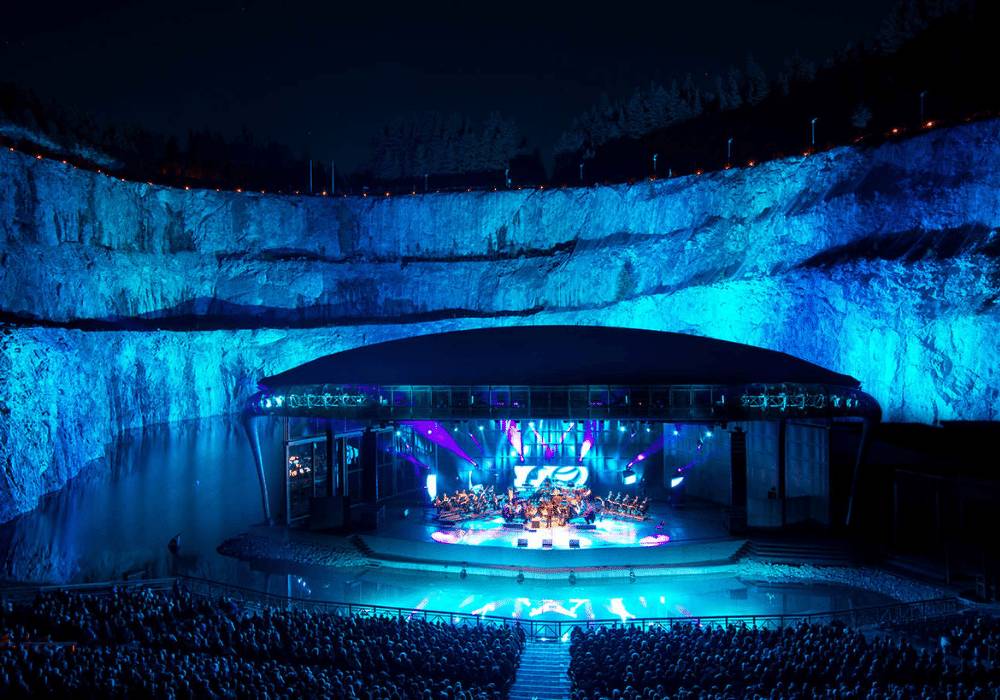 Giving dynamics to your holiday trip by adding a music evening is always a good idea. Whether you decided to go back to concerts already or not, there are a lot of places to choose from on all the continents for the near future. There are a lot of other magnificent places holding music events in the world, but we tried to pick the best from LGBTQ+ safe cities – or at least the safest.