LGBT+ supporters from eight political parties have written to the government urging it to ban conversion therapy. The practice refers to any treatment which aims to change a person's sexual orientation or gender identity.

Last week, three members of the government's LGBT+ advisory panel quit their roles over concern the government is acting too slowly.

Equalities Minister Liz Truss has said the government would bring forward plans for a ban “shortly”.

The letter, which was sent to Ms Truss, said: “We have waited almost 1,000 days since the UK government announced its intention to ban conversion therapy.

“We understand that there has been little engagement between ministers and survivors of conversion therapy within this time frame.” 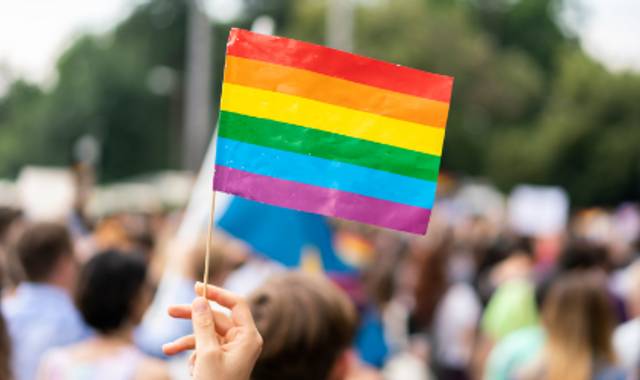 As ‘BBC’ reports, the letter added that it was “naive to attempt to form policy without meaningful engagement with those who will continue to suffer abuse if conversion therapy is not banned” and urged Ms Truss to meet representatives of the LGBT+ community.

“Listen to us, understand what we are saying. Without a legislative ban, the government cannot end conversion therapy. The longer we wait, the weaker the words and intentions sound,” it said.

The letter was written by the LGBT+ Conservatives group and co-signed by the leaders of LGBT+ Labour, LGBT+ Liberal Democrats, Plaid Pride and the official LGBTQ+ wing of the SNP, as well as representatives from the Greens, Alliance and SDLP.

The groups also criticised the response of Ms Truss's fellow equalities minister, Kemi Badenoch, to a debate on the issue in the Commons last week. In the letter, they called Ms Badenoch's response “disappointingly weak, vague and unempathetic”.

In the petitions debate in Parliament last Monday, Ms Badenoch said conversion therapy had “no place in a civilised society”, but added that “robust” laws were already in place to deal with the most troubling examples, involving violence and sexual assault.

She said the government did not “intend to stop those who wish to seek spiritual counselling as they explore their sexual orientation”.

But she added: “There will also be cases where a line is crossed, where someone is actively seeking to change another's sexual orientation.”

Referring to Ms Badenoch's comments, the letter from the LGBT caucuses said: “The minister pointedly avoided using the word 'ban' and used only the word 'end', this set a very clear tone. She only spoke about 'sexual orientation' and not 'gender identity or expression’.”

The groups wrote that Ms Badenoch had “concerningly suggested” that existing legislation was sufficient, adding: “We know that this is not the case.”