The European Parliament has declared that the whole of the European Union is an “LGBTIQ Freedom Zone”.

The symbolic resolution was passed in response to local authorities in Poland labelling themselves "LGBT ideology-free zones" in recent years.

Poland also plans to close a loophole that allowed same-sex couples to adopt.

The Polish government announced its proposal for the adoption ban just hours before the European Parliament's declaration in support of LGBT+ rights.

Same-sex relationships are not legally recognised in Poland, and the country already bans same-sex couples from adopting children together.

However, as single people are permitted to adopt, some have managed to get around the ban by applying to adopt as single parents.

Under the new law, authorities will be required to perform background checks on anyone applying to adopt a child as a single parent.

If a person is found to be applying as a single parent when they are in a same-sex relationship, they will be criminally liable.

Announcing the new plan, Deputy Justice Minister Michal Wojcik said: "We are preparing a change where... people living in cohabitation with a person of the same sex cannot adopt a child, so a homosexual couple will not be able to adopt a child.”

According to ‘BBC’, the resolution declares that “LGBTIQ persons everywhere in the EU should enjoy the freedom to live and publicly show their sexual orientation and gender identity without fear of intolerance, discrimination or persecution”. 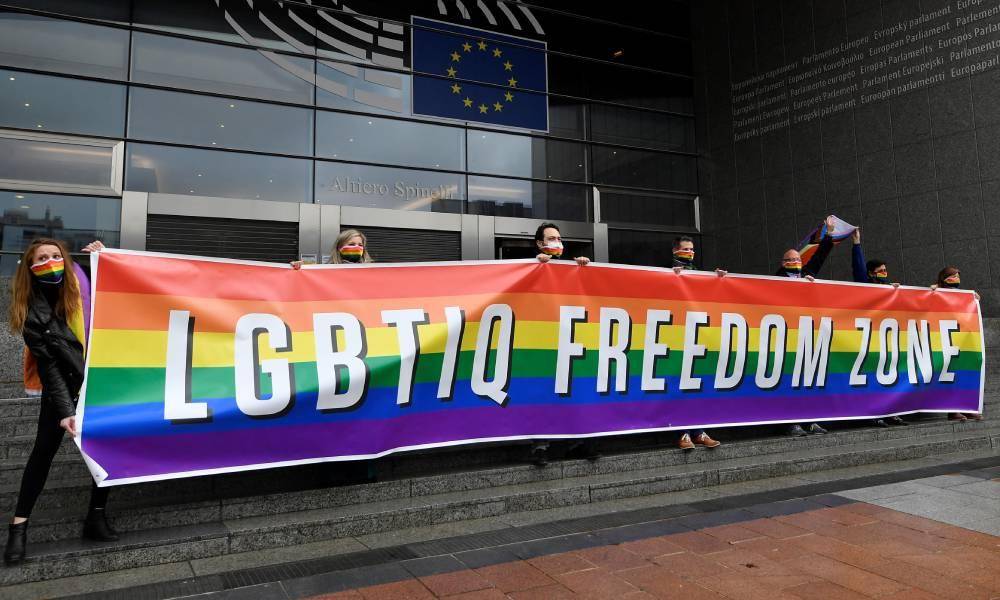 It adds that “authorities at all levels of governance across the EU should protect and promote equality and the fundamental rights of all, including LGBTIQ persons’”,

The resolution was supported by 492 MEPs, while another 141 voted against it and 46 abstained.

German MEP Terry Reintke, one of the people who put forward the resolution, praised the “overwhelming majority” in favour of it.

“Let's use it,” she tweeted after the vote. “Let's put it into concrete political action: better laws, better enforcement, better protection. Together we can do it.”

European Commission President Ursula von der Leyen had already backed the resolution before it went to a debate last week.

“Being yourself is not an ideology. It's your identity," she tweeted on Wednesday. “No one can ever take it away. The EU is your home. The EU is a #LGBTIQFreedomZone.”

Last year, Ms von der Leyen said that Poland's “LGBT-free zones” had “no place in our union”, and vowed to push all EU member states to recognise adoptions by same-sex couples.

Last week’s  resolution said that discrimination not only needed to be addressed in Poland, but that it was “an issue across the EU”.