France is one step closer to outlawing conversion therapy after lawmakers unanimously backed a proposed ban on the pseudo-scientific practice.

The bill, brought forward by a member of president Emmanuel Macron’s En Marche! party, would introduce a punishment of two years imprisonment and a €30,000 fine for those convicted of practicing conversion therapy, according to French LGBTQ+ magazine Têtu. 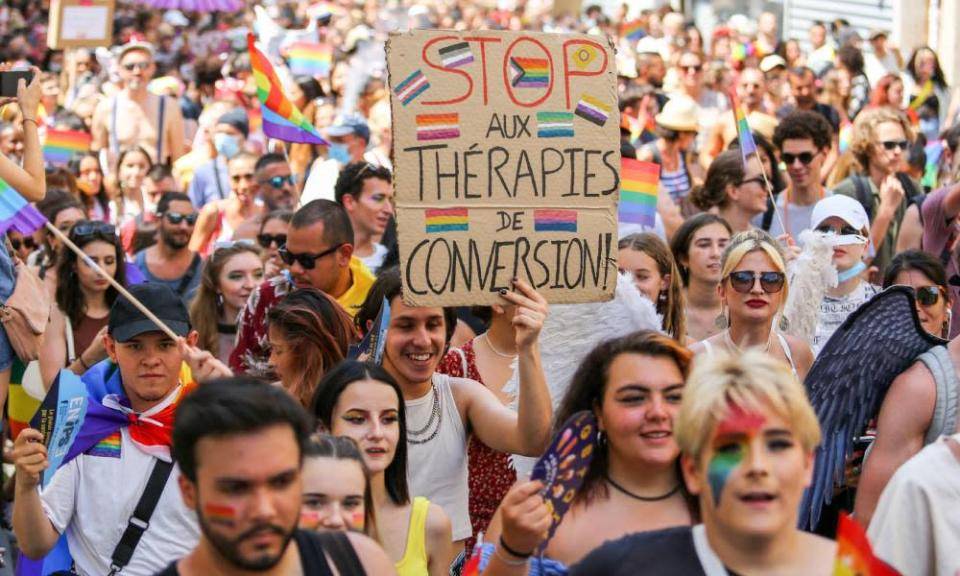 According to Yahoo! Finance, those who administer conversion therapy to a minor would face up to three years in prison and a €45,000 (£38,000) fine.

Members of France’s National Assembly overwhelmingly supported the ban on the widely discredited practice, with a staggering 115–0 vote on Tuesday (5 October) night.

The law now goes to the French senate for a second vote. If passed, it should be introduced before the end of February 2022, according to the Connexion.

The proposed bill defines conversion therapies as “practices, behaviors, or repeated comments aimed at modifying or repressing the sexual orientation or gender identity, true or supposed, of a person and having the effect of altering [their] physical or mental health”, Têtu reported.

He wrote on Twitter that the practices are “abject [...] quackery” alongside the hashtag “RienÀGuérir” [“Nothing to Cure”].

“There is nothing to be cured,” Moreno said. “Being oneself is not a crime, one should not seek to change the gender identity or sexual orientation of people."

Numerous leading medical organizations worldwide – including the American Medical Association, the National Health Service in the UK, the American Psychiatric Association, and the British Psychological Society – have all disavowed conversion therapy.

In 2016, Malta became the first European country to ban conversion therapy. Germany, Ecuador, Brazil, and Taiwan have all passed such a ban in recent years.

In the US, several states and a number of cities have banned the practice, but America has no federal ban on conversion therapy.

The UK still has not passed a ban on conversion therapy despite Theresa May’s government first promising to outlaw the practice in 2018.

A conversion therapy ban was promised during the Queen’s Speech at the opening of Parliament in May.

There has been no timeline on when a proposed ban would take form, and prime minister Boris Johnson recently claimed the ban would take time as it is “technically complex.”