A regional leader is threatening Ghana’s national government if they don’t pass a law to increase criminalization of homosexuality and transgender identity, and saying that gay people should be killed. 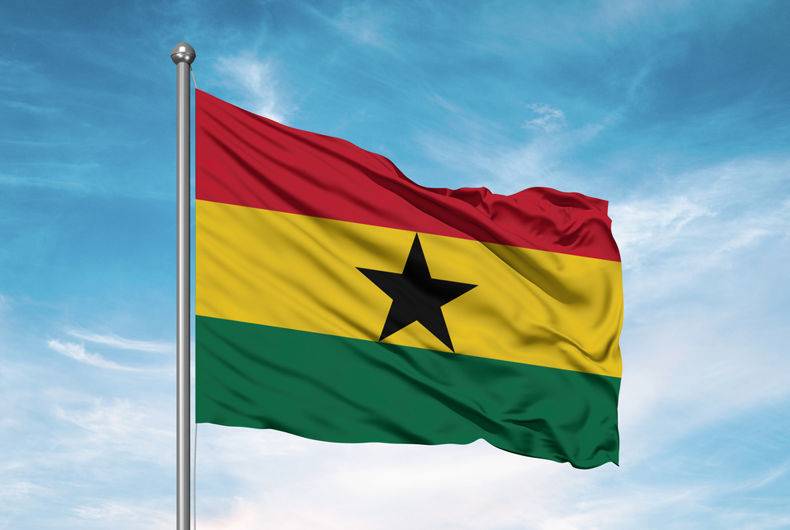 “I heard some people are against the anti-LGBQT+ bill,” said Osagyefo Oseadeeyo Agyemang Badu II, the president of the House of Chiefs in Ghana’s Bono region. “It would not be good for all of us because I’ll storm parliament with 10,000 people.”

According to LGBTQ Nation, Ghana’s parliament is currently debating the “Promotion of Proper Human Sexual Rights and Ghanaian Family Values Bill 2021,” which would promote conversion therapy and ban advocating for LGBTQ+ rights, as well as gender affirming health care for trans people.

Homosexuality is already illegal in the majority-Christian country and the new bill would increase the maximum prison sentence for homosexuality from 3 to 5 years. It would also ban “grossly indecent acts” that involve “amorous relations” between two people of the same sex, which experts say could include holding hands, as well as “intentional cross dressing,” which could include theatre and film.

Moreover, the ban on LGBTQ+ propaganda puts people at risk for prosecution for associating with LGBTQ+ people, which led one Ghanaian publication to say it “compels Ghanaians to police gender and sexuality in their homes, workplaces, and everyday lives.”

The human rights group Rightify Ghana described the bill as the “most homophobic document the world has ever seen.”

According to the Ghanaian publication Pulse, Badu said that he was “saddened” to hear that some members of Parliament oppose the bill, which has been condemned as a human rights violation by the UN.

“It is like some educated are now becoming backward thinkers,” he said.

“Pastors and majority of Ghanaians are against the LGBQT+, saying a man cannot marry man and woman cannot marry a woman because how can they give birth and multiply in the world,” Badu continued. “I would have allowed them to marry, if I was [President] Nana Akufo-Addo, but with a condition that if they will be killed if they fail to give birth within a year.”

Badu also said that “all the beautiful women” will not be able to marry if homosexuality is legalized in the country.

President Akufo-Addo is reportedly hesitant to sign the bill, which was originated by a member of the opposition party. While most Ghanaians have a negative opinion of LGBTQ people – 90% support the criminalization of homosexuality, according to a 2014 poll – Akufo-Addo is a lawyer educated at Oxford University who worked at a law firm in Paris prior to entering politics in Ghana, and may hold more liberal views.

He has already taken a stance against marriage equality but one diplomat, who spoke with France 24, said that it’s “quite obvious he is not very fond of this bill… but it’s a delicate issue, they can see the general public opinion.”

Supporters of the bill claim that homosexuality in Ghana is the result of Western influence and that the law is necessary to protect Ghanaian culture.

“We need to protect our children who are currently being targeted by these LGBTQ+ people making them believe that it’s the new way of life,” said a member of Parliament, Samuel Nartey George, one of the biggest supporters of the anti-LGBTQ+ bill.

“Our culture should not be destroyed.”