An Interview with Jeff Barth, Director, Diversity & Inclusion at Parexel

Jeff Barth from Parexel talks to Zoe Schulz from myGwork about the joys of parenthood and what still needs to be done to normalise LGBTQ+ families. 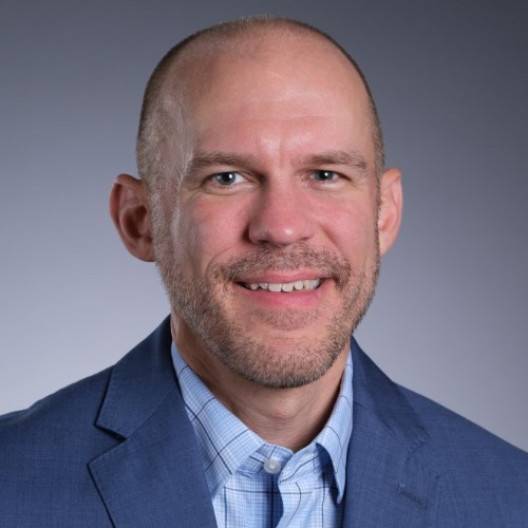 There was a time when Jeff believed he wouldn’t become a parent, not for lack of wanting but because he did not see this as readily available for LGBTQ+ families. But, 26 months ago, he and his husband were blessed with twin daughters. It’s an experience that he is grateful and humbled by, teaching him something new every day and one that he hopes more LGBTQ+ people will understand is also possible for them.

Jeff is Director of Diversity and Inclusion at Parexel where he works to further global workplace equality initiatives. He’s been a part of the Parexel team for the past two years and also advises their Pride Committee, Multicultural Committee, and others. Before this, he spent more than a decade with a research and consulting organization to support gender equality in the workplace, focusing specifically on engaging men in the conversation. He understands first-hand how important it is for all employees to be able to be their full selves at work and is thankful he does not have to hide who he is at Parexel. He recently relocated to just outside New York City and this was one of the many moments he’s appreciated his ability to be open with his workplace. “I felt fortunate that I could be honest with my employer that I was moving my family because my husband was offered a job. I didn’t have to hide around what was happening.”

His twin daughters have just turned 2 years old and although he jokes that he wishes he had a few do-overs, it’s a journey he describes as wonderful. Parenting is never without challenges, doing so as same-sex parents means there are added hurdles. “Every new parent has a zillion questions and I don’t think I fully understood that complexity — You're holding this beautiful being and you realize there is a learning curve. Our community has the added complexity of being the first generation of openly non-traditional families.”

The way we talk about parenting is still very gendered Jeff explains. Despite many families now existing outside of traditional gender norms, “our language and our society hasn't caught up with what that means.” From Facebook groups to articles on how to support parents through the lockdown, LGBTQ+ parents can at times feel as though their needs are invisible. “In those first months when you're really exhausted and you're looking for answers and help and support, I would have appreciated some more inclusivity.”

Adoption in itself can also be more complicated for LGBTQ+ families and Jeff worried throughout that they would be treated differently. “You hope in all of this that the court systems and the people that are assigned to work on your case are going to be respectful. That they will understand the value of what you’re doing. That they will make it easier and not more cumbersome.” As it turns out their judges were wonderful and even cried with them as they signed the papers, yet Jeff considers himself lucky in what should be the norm.

The worry that you could be treated differently in part stems from an interpretation of the law meaning that businesses can decline to serve you based on religious ideals. This fear is not new and one he and his husband have felt often. “When we got married, we were at times walking on eggshells, concerned that we were going to show up and the vendor would change their mind because we were a gay couple. We often asked ourselves at what point do we ‘come out of the closet’ to the hotel, or the cupcake baker, because we didn’t want any surprises to complicate such things. It's something that we continue to think about to this day, and there are times when I have wished we did not have to constantly navigate this barrier.”

As a parent, he’s now looking to understand how to protect his family from this. “We worry if we walk into a business as a family what the reaction is going to be, because we don't want our daughters to feel like they are an anomaly or that they are not treated fairly.”

Although he and his husband now couldn’t imagine their lives without the girls, it’s not something that they always thought would be possible. “I think for our generation growing up there were a subset of different hurdles. To be frank, being open about your sexuality was not acceptable. I grew up in a wonderful community that was socially conservative… and I always wanted to be a dad, but there was no pathway presented to make that possible.

“Our generation navigated these dynamics of acceptance versus not and for some this was quite significant. When you finally got through all of that and you're out of the closet, we then wondered, what do we do now? What are our choices for education? How about career and family and long-term fulfilment? Our generation spent so much time just trying to open that door that we had no idea what to do once it was finally open. It’s simultaneously liberating and unfortunate, that wasted energy.”

Yet, he is very hopeful for Gen Z and the world that his daughters are growing up in. In part due to the progress older LGBTQ+ communities have made to create a society where all of our identities are celebrated. “It is hard to describe how different the world feels in many ways. I am thrilled that through our leadership as a community the next generation will experience something better.”

Parenting in a pandemic also adds another layer of difficulty to the mix. From wondering if the girls will have to wear a mask on their first day of school, to trying to balance work and family time, it’s something all families are juggling, and there are no easy solutions.

This is why, for Jeff, it’s so important that workplaces are taking wellbeing seriously. “It behoves us to understand from colleague’s perspective you probably don't really know what's happening behind the zoom camera. You see a tidy office, perhaps, but we all have struggles and we all have needs that exist outside of work that we're trying to bring into balance.” This is something that Parexel has addressed well and one of the reasons he’s proud to work there.

As a clinical research organisation, Parexel has relied heavily on travel, which has meant they’ve now had to redesign many of their processes due to Covid. Jeff is understandably impressed with how they have pushed forward, explaining that “Parexel helped drive much of conversation about what could be done virtually to save jobs and to keep studies going so that medicine would continue funnelling down.”

Through his role on the Pride network, he also hopes that he can uplift and support those most vulnerable in the LGBTQ+ community. And at Parexel they have tried to tackle exactly this by focusing their Pride celebrations on the intersectionality of gender identity and race. In the current climate, Jeff believes organizations must better understand and support trans rights. “We've been talking for some years about what it means to be gay or lesbian, but if there is a group that is at risk in terms of the next generation, it is of those who are transgender. This is not just about bullying on the playground, this is about providing mentors, access to role models and support and emotional and physical well-being. There are many things that organisations should be doing.”

The world we live in is constantly changing, and in many ways, Jeff has been lucky enough to see it improve. Yet, if we want to create a world that we can be proud to hand over to the next generation, one where everyone is free to be themselves without any exceptions, then we still have work to do. Creating an inclusive workplace is a vital piece of this picture and one Jeff and the team at Parexel take with the utmost importance. Because our lives inside the workplace are connected to our lives outside the zoom camera. Whether we’re fighting for trans inclusion across our sector, or better acceptance for LGBTQ+ parents, these conversations are all interlinked and as the fight for meaningful change continues, Jeff is hopeful more LGBTQ+ families will continue to thrive.